Explainer: What will Russian recognition of breakaway Ukraine regions mean? 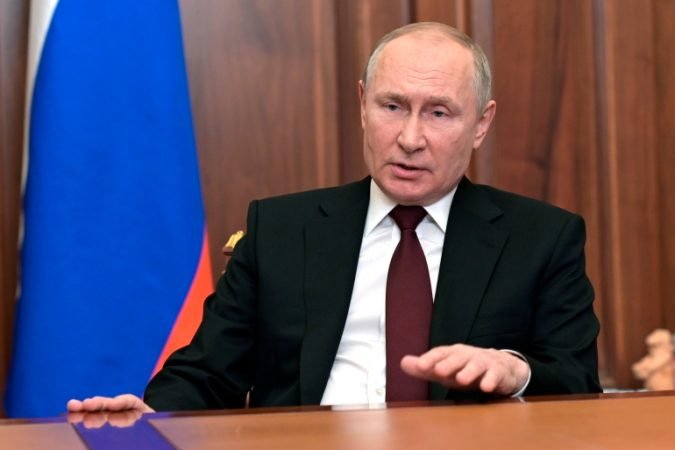 Russian President Vladimir Putin told the French and German leaders on Monday that he planned to sign a decree recognising two breakaway regions in eastern Ukraine as independent.

Here’s a look at the implications for the wider crisis, in which the United States says Russia may be poised to invade Ukraine with a force of up to 190,000 troops it has massed near its neighbour’s borders.

What are the breakaway regions?

Russian-backed separatists in the Donetsk and Luhansk regions – collectively known as the Donbass – broke away from Ukrainian government control in 2014 and proclaimed themselves independent “people’s republics”, until now unrecognised. Since then, Ukraine says about 15,000 people have been killed in fighting. Russia denies being a party to the conflict but has backed the separatists in numerous ways, including through covert military support, financial aid, supplies of COVID-19 vaccines and the issue of at least 800,000 Russian passports to residents. Moscow has always denied planning to invade Ukraine.

What does Russian recognition mean?

For the first time, Russia is saying it does not regard the Donbass as part of Ukraine. That could pave the way for Moscow to send military forces into the separatist regions openly, using the argument that it is intervening as an ally to protect them against Ukraine. A Russian parliament member and former Donetsk political leader, Alexander Borodai, told Reuters last month that the separatists would then look to Russia to help them wrest control of parts of the Donetsk and Luhansk regions still under the control of Ukrainian forces. If that happened, it could lead to open military conflict between Russia and Ukraine.

What about the minsk peace process?

Russian recognition effectively kills off the 2014-15 Minsk peace agreements that, although still unimplemented, have until now been seen by all sides, including Moscow, as the best chance for a solution. The accords call for a large degree of autonomy for the two regions inside Ukraine.

How will the west respond?

Western governments have been lining up for months to warn Moscow that any movement of military forces across the Ukrainian border would draw a strong response, including stringent financial sanctions.

U.S. Secretary of State Antony Blinken said last week that recognition “would further undermine Ukraine’s sovereignty and territorial integrity, constitute a gross violation of international law, (and) call into further question Russia’s stated commitment to continue to engage in diplomacy to achieve a peaceful resolution of this crisis”.

He said it would necessitate a “swift and firm” response from the United States and its allies.

Has Russia recongnised breakaway statelets before?

Yes – it recognised the independence of Abkhazia and South Ossetia, two Georgian breakaway regions, after fighting a short war with Georgia in 2008. It has provided them with extensive budget support, extended Russian citizenship to their populations and stationed thousands of troops there.

What are the pros and cons for Moscow?

In the Georgia case, Russia used recognition of the breakaway regions to justify an open-ended military presence in a neighbouring former Soviet republic in an attempt to indefinitely thwart Georgia’s NATO aspirations by denying it full control of its own territory. The same considerations would apply to Ukraine.

On the downside, Moscow faces sanctions and international condemnation for abandoning the Minsk process after long maintaining that it was committed to it. It will also be saddled indefinitely with responsibility for two territories ravaged by eight years of war and in need of massive economic support.