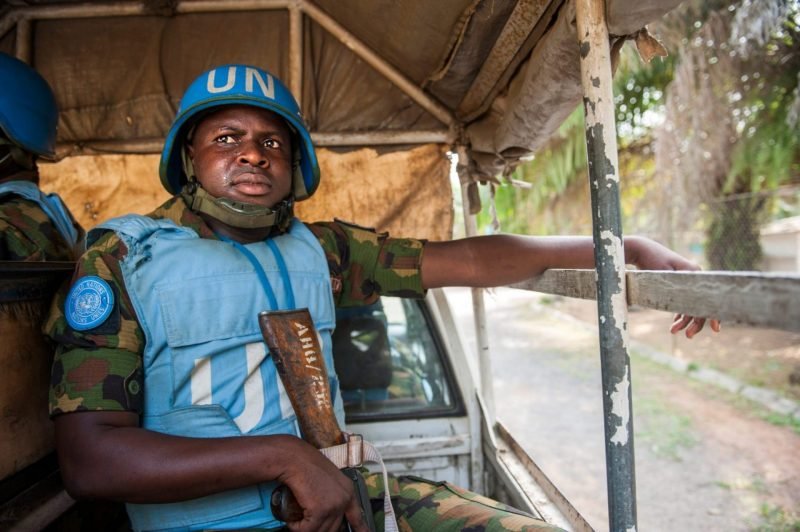 The United Service Institution of India (USI) in collaboration with the Indian Council for World Affairs (ICWA) conducted a virtual seminar on “UN Peacekeeping Operations: Protection of Civilians” on 22nd October 2021. This webinar was the fourth in the series of the UN Peace Operations. India has always been the loyal disciple of Dharma. The path of righteous conduct was prevalent in Indian soil, long before modern concepts of humanitarian jurisdiction came into play. The Dharma based norms in an armed conflict were laid down on the principles of humanity and humanitarian grounds. It was evident that there was a separate methodology followed to distinguish antagonist characters from victims in an armed contest with a high relevance attached to it. The need to protect civilians in a combat zone has been recognised and acknowledged by the millennia; the concept of protection of civilians can be sourced from early religious texts. It was only in the second half of the 20th century, protection of civilians was codified and universalised in 1949, adhering to the protocols laid down in the Fourth Geneva Convention which addressed the context of safeguarding of civilians in times of war.

Over the past decade, the inter-state struggle for power and armed succession have led to an upsurge in intra-state conflicts, claiming the lives of thousands of civilians. Though the need for civilian protection has been enforced into new laws of the state, in practice, the statistics portray a different picture. Setting the stage for further discussion, Maj Gen P.K Goswami, Deputy Director and Head of UN Cell at USI, addressed the core mandate of UN peacekeeping, where civilians are treated as the pivotal entity. The operational capacity and preparedness to accomplish in ensuring the safety of the civilians have expanded.

Mr David Harry, Director of Policy Evaluation and Training Division, UN Department of Peace Operations, drew attention to the crucialness of peacekeeping operations. A challenging task in hand, that every peacekeeper is bestowed with an aspiration to strive better, each day. The strategic part in these operations lies in the effectiveness of the troops, competency of people involved at various levels, practical knowledge being channelised that can help in retaining the ray of hope alive in the hearts of millions of distressed people. The covid 19 pandemics have amplified existing protection concerns in peacekeeping settings. However, with the support of peacekeeping stakeholders especially the police and military have proved successful in navigating operations amidst such unprecedented times. Therefore, this serves to be a convincing phase to reflect on the protection of civilians, the challenges they may face and the path supporting sustainable peacekeeping operations in the future.

Dr Kulwant Sharma shed some light on the UNHCR report of August 2021, stressing the deaths of civilians in Ituri and Kivu province of the Democratic Republic of Congo. Nearly 1o attacks on humanitarian organisations are well documented in the Central African Republic while UN peacekeepers were chased out of Ethiopia in the early weeks of October. A valid question to be reiterated here is, who ultimately benefits from these peacekeeping movements? The dynamics of disputes caused common people from Afghanistan, Iraq, Syria, Yemen, Myanmar and a host of African nations to bore the brunt. Only in 1999, the UN pronounced the protection mandate to be treated with utmost obligation as part of essential human rights.

Dr Ali Ahmed, a veteran of Indian forces, cited examples from Rwanda, Somalia, which serves as long lessons, amalgamated by the 20th century which emphasises the importance of people-centric operations in order to serve as a bridge between interstate regimes to intrastate regimes.

Cedric De Coning, Research Professor with the Norwegian Institute of International Affairs (NUPI) presented sets of research undertaken that clearly depicts peacekeeping diminishing risks of large-scale potential battles. They have reduced the intensity of the clashes, spillovers into territorial administered states, effective in maintaining long cordial peace processes in regions where we do not have peacekeeping operations. It is important that we adopt a pragmatic approach in peacekeeping operations rather than identifying areas of critical needs of peace protection of civilians, singling them out and treating them as a special case.

Brig Dhananjay Joshi pontificated on an interesting yet the most striking aspect of the roles of civilians in peacekeeping missions. The primary responsibility to ensure safety and protection lies within the sovereign authority of any state or bestowed upon the jurisdiction of the ruling government. The UN is only forced to intervene when the state fails to provide a safe sanctuary to its netizens or is unwilling to do so. Thus the relationship of UN peacekeeping operations is always at par with the consent of the present government of any state that is facing a crisis.

Maj Gen S B Asthana (Retd), the chief instructor at USI, highlighted that counter-insurgency operations are not in the mandate of peacekeeping. However, with the presence of non-state actors, the definition of ideal peacekeeping is modified in the present era.

Violence as a result of socio-economic grievances in interstate conflicts have led to displaced civilians being the key targets. In 1999, the UN Security Council, by adding protection of civilians (PoC) in armed conflict to its agenda, formally recognized it as a matter of peace and security. Thereafter, the subject of PoC has found importance in international peace and security.