Wuhan Virus: War of words between the US and China 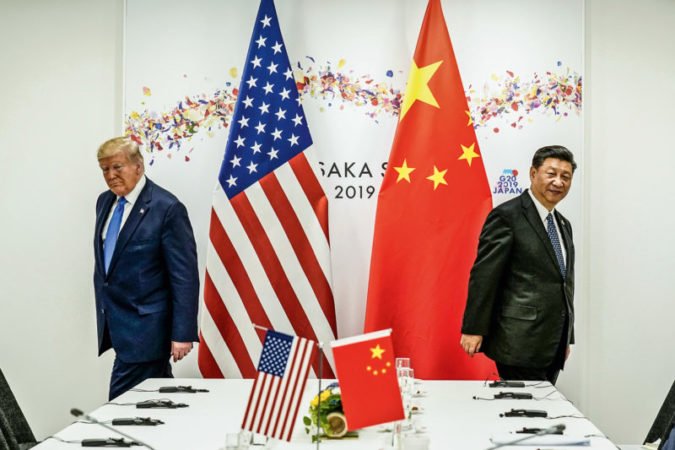 The Coronavirus has been originated from Wuhan (Hubei) which has become a geopolitical war between both the US and China. As per the data of worldometer, the coronavirus infected cases in China has been reached to 81,394; deaths stood at 3,295, and stunning recovery cases reached to 74,971 as of March 29. Several initiatives have been taken to counter the pandemics not only in China and rather humanitarian help in terms of medics, medicines, and medical equipment etc have also been provided to many affected countries. Whereas on the other hand, the global and major power like the US has also been impacted by the coronavirus. To counter the same, gigantic steps have been taken by both the countries, but when the pandemic started taking a heavy toll. But the initial steps to counter the pandemics of both countries have remained almost the same.

In China, the information about the outbreak has been concealed and even the doctor who became the first whistleblower was punished by the government. At the same, there is not even a hairline difference between the strategy of the US and China in the initial stage of the outbreak. This argument can be substantiated by the article of Daron Acemoglu (March 23, 2020) published in Foreign Affairs, wherein he highlighted that how the Trump government tried to deal with the situation out of the pandemic? He said, “The U.S. government’s response to the novel coronavirus pandemic has been confusing, inconsistent, and counterproductive.” In the initial stage of the coronavirus, the failure of the Trump regime was not to acknowledge and realize the severity of the crisis. When it started raising its ugly head, even then the same was taken very lightly and equated with just with the flu. The Trump administration faced criticism relentlessly not only for failure in maintaining the critical health infrastructure, that used to put in service during the outbreak of the contagious diseases, rather for the disbanded of the pandemic preparedness unit that was part of the National Security Council until 2018 as well.

After the trade war, now the virus war has become another major issue for an intensive war of words. The virus war in terms of blame game was started by President Trump when he scathingly accused the Chinese government of concealing information of pandemic outbreak that was detected in Wuhan. He said, “Certainly, the world is paying a big price for what they did.” The very next day, he attended the White House briefing by Mike Pompeo (Secretary of State), wherein the latter accused China’s government of concealing and distorting the information regarding the pandemics and said its response “creates a risk to people all around the world.”

Many Chinese hawks from the Trump regime and academicians relentlessly accusing China of the widespread of the coronavirus. Pompeo called the coronavirus as “Wuhan virus”; Matthew Pottinger (Deputy National Security Adviser) said, “punched in the face” by “a government goon”; Robert C. O’Brien, he argued in his commentary about the virus, “this outbreak in Wuhan was covered up.” President Donald Trump and his team members repeatedly called the coronavirus as the “Chinese virus.” In February  2020, the Trump Administration officials had accused the five Chinese media organizations calling them essentially as agents of the Chinese government. In retaliation, China immediately expelled the three Wall Street Journal journalists who called China “the real sick man of Asia,” in their article.  Doing tit for tat, many senior Chinese officials and state media have floated a theory in which the US military was blamed for planting the virus in China. The Chinese Embassy (France) openly accused the US on 24 March 27, 2020, the outbreak of the virus has taken place in the US.

One agrees or not but the Chinese government has taken commendable steps to contain the pandemics at home along with offering humanitarian help in terms of doctors, medicines and medical equipment to many hard-hit countries like Cambodia, Italy, France, Philippines, Spain Iran, and Iraq. On the other hand, the Trump regime had imposed a travel ban on the 26 European countries which has invited the anger and confusion of the EU leaders who ultimately accused President Trump of making the decision “without consultation”.

At the last one can say in the time of pandemics, both countries have been losing a valuable time engaging in the blame games which is not going to help out any countries. It is time for both countries to share the virus information and cases. By sitting together across the table, extending collaboration and cooperation, the common solution is to be ferreted out. By extending medical and techno- expertise and medical humanitarian help to the needy countries is the only way to see the solution. During peacetime, both countries could find ways and means to establish their hegemonic and preponderance positions in the globalized world order. By conflict and competition, there is no way to reach the solution of the pandemics. Cooperation is the only way to protect and promote humanity. Before hegemony and paper leviathan, humanity should live long!!

Click here to read the first part of this article

Dr Bawa Singh (Associate Professor), has been teaching at the Department of South and Central Asian Studies, School of International Studies, Central University of Punjab (India). He can be reached at bawasingh@gmail.com || Balinder Singh, has been working as Research Assistant in the Central University of Punjab. He can be reached at balinder15pol@gmail.com