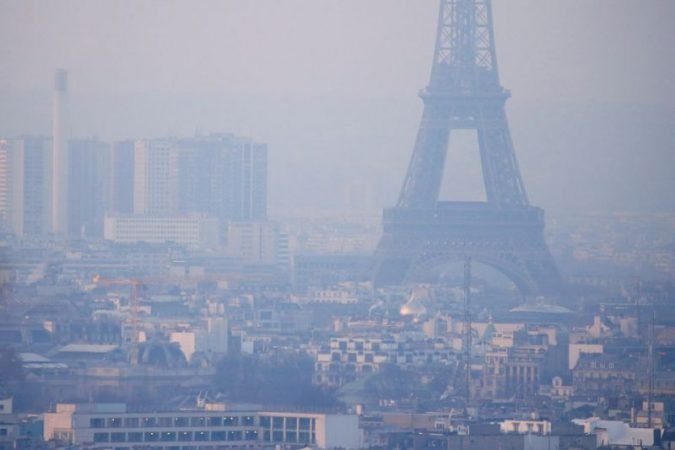 The World Health Organisation (WHO) tightened its air quality guidelines on Wednesday for the first time since 2005, hoping to spur countries toward clean energy and prevent deaths and illness caused by air pollution.

The new recommendations targeting pollutants including particulate matter and nitrogen dioxide, both of which are found in fossil fuel emissions, could save “millions of lives”, it said.

Air pollution kills at least 7 million people prematurely each year. Even at very low levels, research has shown “air pollution affects all parts of the body, from the brain to a growing baby in a mother’s womb,” WHO Director-General Tedros Adhanom Ghebreyesus told a news conference.

The United Nations body hopes the revisions encourage their 194 member countries toward actions that slash fossil fuel emissions, which are also driving climate change. Globally, countries are under pressure to pledge bold emissions-cutting plans ahead of the U.N. climate conference in November in Glasgow, Scotland.

Scientists applauded the new guidelines, but worried that some countries would have trouble implementing them, given that much of the world was failing to meet the older, less stringent standards.

In 2019, a full 90% of the global population was breathing air considered unhealthy by the 2005 guidelines, according to WHO data. And some countries, such as India, still have national standards that are looser than those 2005 recommendations.

In the European Union, which has standards that are significantly higher than the WHO’s older recommendations, some countries failed to keep average annual pollution levels within legal limits in 2020, even with the industry and transportation shutdowns due to the coronavirus pandemic.

Experts said that efforts to curb pollution by reducing fossil fuel use would provide a double benefit, in both improving public health conditions and bringing down climate-warming emissions.

“The two go hand in hand,” said Kurt Straif, a former scientist with the WHO’s International Agency for Research on Cancer, who is a visiting professor and co-director of the Global Observatory on Pollution at Boston College. “While implementation is extremely challenging, it is also a once-in-a-generation opportunity in the post-COVID recovery.”

The new recommendations slash in half the WHO limits for a measure called PM2.5, which stands for particulate matter smaller than 2.5 micrometers – or less than one-thirtieth the width of a human hair. That is small enough to travel deep into the lungs and even enter the blood stream.

According to the new limits, average annual PM2.5 concentrations should be no higher than 5 micrograms per cubic meter.

The old recommendations set the average annual limit at 10. But scientists have determined that long-term exposure to concentrations even that low still contributed to heart and lung diseases, stroke and other negative health impacts.

Hardest hit are those living in low- and middle-income countries reliant on burning fossil fuels for electricity.

“The evidence is pretty clear that poorer populations and more socially disadvantaged populations are going to be more exposed, just because of where they are living,” said Jonathan Grigg, a paediatrician and researcher at Queen Mary University of London. Generally, he said, these groups emit less pollution, yet face more of its consequences.

Meeting the new guidelines would not only improve overall health, but could work to reduce health inequality, he said.

In announcing the new guidelines, the WHO said that “almost 80% of deaths related to PM2.5 could be avoided in the world if the current air pollution levels were reduced.”

The average PM2.5 level in China in the first half of this year was 34 micrograms per cubic metre. For Beijing, the level was 41, the same as last year.

“What matters most is whether governments implement impactful policies to reduce pollutant emissions, such as ending investments in coal, oil and gas and prioritizing the transition to clean energy,” said Aidan Farrow, a Greenpeace international air pollution scientist who is based at Britain’s University of Exeter.

“The failure to meet the outgoing WHO guidelines must not be repeated,” he said in a statement.