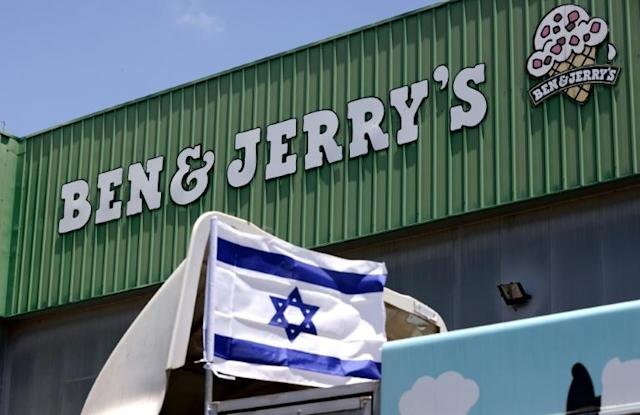 “We will continue to sell anywhere related to Israel,” a defiant Zinger told AFP at his plant in Beer-Tuvia south of Tel Aviv, where 160 workers churn out pints of the popular ice cream.

On Monday, Vermont-based Ben & Jerry’s announced it would no longer sell its ice cream in the Israeli-occupied Palestinian territories, namely the West Bank and East Jerusalem, which have been under control of the Jewish state since 1967.

More than 670,000 Jewish settlers live in the two territories, in communities widely regarded as illegal under international law.

“The diet is going well,” he wrote, in a playful sign of support for Ben & Jerry’s move.

The Israeli government has hit back at the ice cream-maker, with Prime Minister Naftali Bennett speaking directly to the chief executive of Unilever, which owns Ben & Jerry’s.

On Thursday Bennett said Israel “would use all tools at its disposal” to fight the decision.

The Israeli government has for years been fighting the BDS movement, which calls for boycott, divestment and sanctions of the Jewish state over what it describes as the mistreatment of Palestinians.

Gilad Erdan, the Israeli ambassador to Washington, in a letter urged 35 of the 50 states that make up the United States to use anti-BDS laws they passed that ban boycotts of Israel.

But the Palestinian Authority said Herzog should thank Ben & Jerry’s for ringing “an alarm bell”.

“Either Israel wakes up from its occupation and works to end it, or it will face a total boycott,” it said.

Zinger said he wants to sell to everyone: to Palestinians and Israelis, whether they live in Tel Aviv or in a settlement.

He insisted his refusal to comply with a boycott is why Ben & Jerry’s decided not to renew his license agreement that expires at the end of next year.

Meanwhile, the Beer-Tuvia factory continues to operate, but employees are worried.

“I fear for my job and those of my friends who work here,” Ayelet Damlao, 38, told AFP.

On social media, initial calls to boycott the ice cream giant have been followed by Israelis’ appeals to support the local franchise in its stand against the decision made at the Vermont headquarters.

Customer Moshe Weizman said he visited the factory store with his wife and two sons in solidarity.

“I came to show my support” for the local producer, he told AFP.

“We have to separate politics and ice cream,” said Weizman, from the southern town of Ofakim.

“Even more people than before are coming to buy ice cream to support us,” said ice cream seller Omer Granada, 19.

As a committed “optimist”, Zinger, who imported the brand 35 years ago, hopes that Ben & Jerry’s will back down, just as Airbnb did in 2019.

The online accommodation booking platform had announced that it would remove listings in Israeli settlements in the occupied West Bank, but reversed its decision as it battled lawsuits in Israel and the United States.