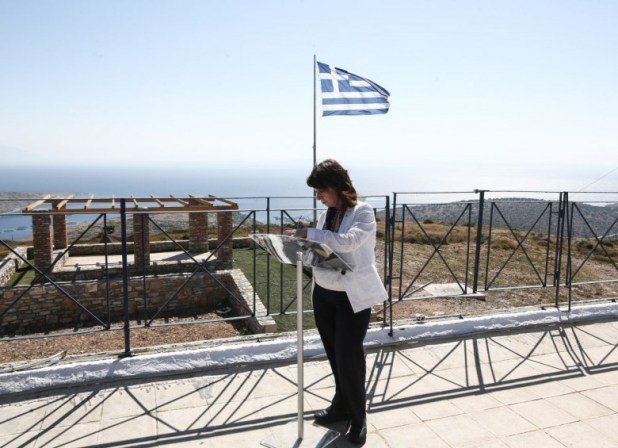 Since the time of Turkey’s birth under the rule of Kemal Atatürk in 1930, Greece and Turkey share a history of falling out and making up. They have had more good days than bad. But today the stakes are high and the surroundings are more volatile.

On the 77th Anniversary of nationhood, Greece’s first female president Katerina Sakelloropoulou confidently stepped into the easternmost Greek island in the Mediterranean. As she flew into the Greek island of Kastellorizo Bay, boarding a high powered military helicopter. Due to Turkish claims on the island, Kastellorizo bay itself has been the reason of the highly charged environment and the centre of the conflict regarding the disputed waters.

Turkey’s claims on the rights of an oil and natural gas exploration area conflicts with Greek sovereignty and it’s own claims. Since August of this year, Turkey has raised a few alarms as it’s navy and research ships have marched into the disputed waters. Though both the countries have held rival military exercises in the ensuing days, the celebration of the 77th anniversary of Greek nationhood have bothered the Turkish authorities.

For weeks now, Greece and Turkey are raising alarms worldwide as their face-off in the eastern Mediterranean Sea has been raising fears that a dispute between the two NATO allies can turn into a full-fledged regional crisis.

On Sunday, after arriving in Kastellorizo island President Sakellaropoulou stated, “the illegal actions of Turkey have caused tensions never seen before in the Aegean and the Eastern Mediterranean. Tensions aimed not only at Greece, but also the EU and NATO, threatening peace and stability in the region.” She also said that Greece was open to dialogue but an “immediate de-escalation on Turkey’s part is a necessary prerequisite for political discussion,” she added.

The president’s visit was followed by a witty Turkish response on Sunday as the Turkish defense minister replied to the questions of a state-run news agency. “As if there was no other island to go to for celebrations, they go there. Of course this bothers us,” told Hulusi Akar, though he added that Turkey was also in favour of “dialogue” and “political solutions.”

Greece has made it very clear that it will go into talks only if Turkey stands its warships down. But it’s unclear whether the Turks are planning to comply for longer than a few days or not. A Turkish research vessel which had been escorted into disputed waters by Turkish military ships has now headed back to port in Turkey, a development described as a “positive step” by the Greek government on Sunday.