Greece-Turkey Relations: From Past to Present 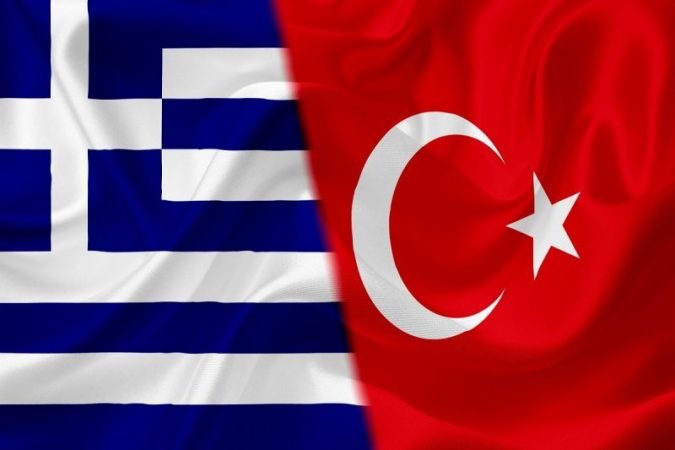 Geographically surrounded by the Aegean sea, Greece and Turkey despite being neighbouring countries have exchanged strenuous relationship for decades. The nations have been sailing on the boat of unfriendly relations with some brief intervals of generosity exchanged between the two. However, on the whole, there has been a disruption in the region due to the heated exchange of arguments which take a heavy toll upon the peace and harmony. What are the crucial factors which flare the feud amongst the nations? Why is the national government of both states not immersing in a sequel of consensus conversations? How has this provoked the cultural and ideological difference between the nation? How is Hagia Sophia a bone of contention between the two nations? Is humanity dead or there is an attempt to do so?  The present article will attempt to bring into fore the yore which has designed the present relations between the two nations.

The journey from Roman to the Ottoman Empire

The expanding empire of the Romans consolidated their position within the then Hellenistic Greek kingdom with the Battle of Actium. After the Roman empire exhibited the sign of weakening the Eastern Roman Empire or the Byzantine Empire took its shape to preserve the legacy of the Romans. The Byzantine Empire provided the sanctum for Orthodox Christianity to flourish. The Greek culture withstood on the relics of early Latin romano culture. The Byzantine empire established its capital at Constantinople, presently recognised as Istanbul located in modern-day turkey. The Ottoman Turkish invaded the Byzantine empire and the latter started losing their territories gradually to the Muslims. The Turks in the quest for enlarging their empire commenced expanding towards the west. The Greeks did not like this expansionary nature of the Turks and called for the Crusades. However, as ottomans grew powerful they took over the Constantinople and this marks the end of Byzantine in 1453.

The ultimate victory of the Turks meant a disaster for the Greek and their culture. The Greeks found their identity threatened under the autocratic rule of ottomans and continuously rebelled against their power. The entangled relations between Greeks and Turks have determined their fate in the present times.

How Greek and Turks became independent?

As the ottoman regime thrived the Greeks found themselves in the devastating situation. They carried within them a spirit to free themselves from the suffocating clutches of ottomans. With the assistance of Britain, France, and Russia the Greeks fought for its interdependence from ottomans. The Greek War of Independence  (1821-1831) was reflecting the enlightened attention of the Greek populace who were no longer ready to face the domination of ottomans. With the treaty of Constantinople in July 1832, Greek declared itself as an independent state. Those who were at the helm of affairs in independent Greece thought to enlarge their territorial area as they found their state small and to this ottomans were against. The sequel of Balkan Wars (1912-1913) shook the ottoman empire to the foundation and henceforth they lost some of the territories to the Greeks. World War I played a climacteric role in defeating the ottomans and erasing their consolidated existence. The series of incidents infuriated the Turks who in turn waged war for gaining its independence under the leadership of Mustafa Kemal Ataturk. The Turkish War for Independence (1919-1923) managed to crush Greece and further compelled them back to the Aegean sea.

Treaty of Lausanne: Uprooting People from their Ancestral Land.

The Independence of Turkey signified that it thereafter attained the identity of a nation-state. This automatically highlighted that the existing Greeks who have been settled there were to be uprooted as they did not belong to Turkey.

As a result, both Greek and Turks decided to exchange the population. This exchange of population was no less than a draconian punishment for the people who were going to be segregated from their ancestral land. The enormous population exchange was the result of the disintegrated old empire and the emergence of the new state. Does this mean there was no respect for morality and humanity? Sadly the answer to this is yes as the new government never bothered about the people who were going to suffer from the mental, emotional, and psychological trauma. This concept of nationality has a very narrow meaning. Is it right to stimulate violence and bloodshed to protect one’s ethnicity? No, rather an attempt should be made to foster peace through negotiations. The people should cherish the cult of humanity, cooperation, shared heritage, and cultural celebrations. The experiences shared by the refugees from both the end pictures the brutality they underwent en route to their “own country”. Oral stories shared by the contemporary generation in both the countries voice the cruelty which their forefathers and foremothers have gone through. Those who cherished the culture of their own soil were now compelled to learn and adjust to the ” new culture” which was their own. The distortion of the intangible heritage which inbuilt the collective sense of identity among the people was shaken to the foundation for which the nation-state government has no ears to lend.

There have been instances where both countries have come together to salvage their endangering relations. During World War II, Turkey provided humanitarian aid to the Greeks. The “Earthquake Diplomacy” as it is called had proven beneficial to heal the scars on both the side. Time and again Greece and Turkey came together to mitigate the effects of the earthquake and have worked cooperatively. In the Cold World, both Greece and Turkey joined the NATO (North Atlantic Treaty Organisation)  alliance which echoed the mutual mainstream interest of both the countries. Did this mutual understanding had a longer shelf life? No,  as soon as the Cold War era came to an end the countries held no reason to be together for an issue. Both the countries strode on the lines which defended their national interest.

As the relations strain itself to the peek, the hatred amongst the nations begins to exacerbate.  The unresolved Cyprus issue expedited Greeks and Turkish war possibility as both the nations want to ascertain their identity over the Island country. History textbooks preach hatred amongst the students of both the countries as violence and nationality dominated over humanity and compassion. However, people residing in Greece and Turkey doesn’t conform to the animosity as it is indicated instead there is an ebb of cordial association which could be felt during the cultural exchange programs.

As Greece became a member of the EU and Turkey became a candidate, the relations have softened to some extent. The two conventional enemies have assisted each other in the times of catastrophe. Lausanne Treaty Foundation has surfaced up a project named as “Exchanges: Foreigners Twice Over”. This project has been sponsored and favoured by the European Union, Asia Minor Association (Greece), and the Turkish government. Both Greeks and Turkish people get to visit their ancestral land and rediscover the past. The folklores, dances, concerts, and other cultural events immerse the tourist from both the countries during their exchange. This programme has not only helped to heal the scars but also gave an opportunity to the people to eradicate their hatred and collectively commemorate the common heritage. Immense appreciation has to be expressed towards the reciprocal visits from Greece and Turkey which enabled to nurture the peace, acculturation, and regional cooperation.

The Controversy over Hagia Sophia

Hagia Sophia has turned out to be a bone of contention between the two nations and their governments. Hagia Sophia stands today for its architectural splendour which has withstood the rise and fall of empires. UNESCO has recognised it as the world heritage site and has called upon for its conservation for sustainable development.

Hagia Sophia was constructed as the largest Church under the rule of the Byzantine empire to endorse the practices of orthodox Christianity. When the Ottoman Turks conquered Constantinople they commented their triumph by converting Hagia Sophia into a mosque. In Independent Turkey, Hagia Sophia was to be protected as a museum which stood for a secular belief where both Christians and Muslims will be esteemed equally. The dispute over converting it again as a mosque by the present nation-state government of Turkey has enraged Greece who thinks that this action is an indication of the ultimate victory of Turkish over the Greeks and an insult towards their beliefs. Turkey which already has a considerable number of mosques do not require another mosque but the government rather is firm on its decision. This action plainly exemplifies that everything can be held as fair and just in the ” Vote Bank” politics. Turkey has been called a “Troublemaker” by the Greek Prime Minister Kyriakos Mitsotakis.

What happens if Hagia Sophia is converted into a mosque?  This would signify that achievement of hatred, irresistible jingoism, and destruction of the common cultural heritage. UNESCO is troubled by the move of Turkey and condemn it for its absurdness.

How will the future look like? The present is the past in future and in that regards both present and past remains the building block for the future. The present resentment between nations can disrupt future ties. The present government in Turkey should respect the sentiments of Greeks attached with the Hagia Sophia so, that negotiation can still hold a room in future. The culture and ancestral identity should be revered as common masses bind themselves with it in their daily chores than with the concept of “narrow nationalism” which only provokes the hostility of one community towards the other and making ground for communal clashes.

There is an urgent need for the government to tackle the deadliest virus and combat its aftermath rather than enraging the spirit for full-fledged war to transpire in the coming fate. The actions by  International peacekeeping organization’s, systematic talks between the two nations, initiating of dialogues at multinational fora, along with efforts of common masses are some solutions to combat the danger. These collective measures can benefit humanity and enlarge the scope for peace and harmony to prevail.