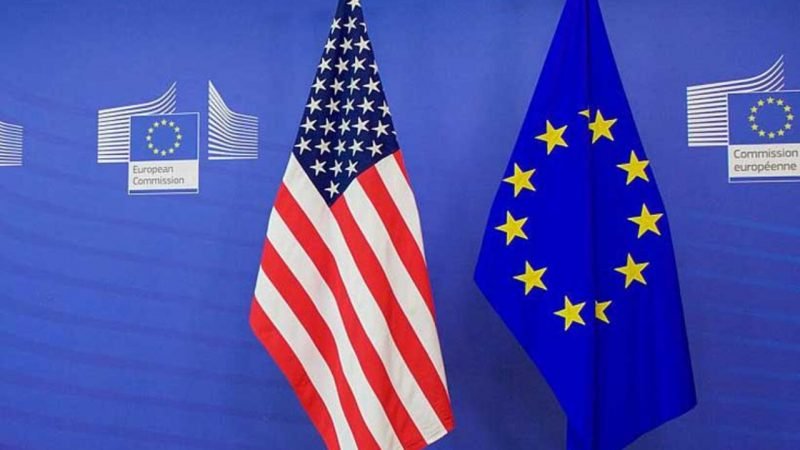 EU leaders said Friday the bloc had rejected a push by Germany and France to relaunch meetings with Russian President Vladimir Putin after fierce resistance from member states worried about Moscow’s aggressions.

Berlin and Paris blindsided EU counterparts by putting forward a last-minute proposal for the bloc to resume meetings with Putin in the wake of US President Joe Biden’s sit-down with him in Geneva last week.

But there was opposition from numerous EU member states — especially in eastern Europe — which remain deeply wary of rewarding the Kremlin with talks before it changes course.

“It was not possible to agree today that we should meet immediately at the top level,” German Chancellor Angela Merkel said after hours of wrangling between the bloc’s leaders in Brussels.

The German leader — attending what could be her last EU summit ahead of elections to choose her successor in September — said that leaders had agreed to maintain and develop a “dialogue format” with Russia.

“I would have liked to see a bolder step here, but it is also good this way and we will continue to work on it,” she said.

Lithuanian President Gitanas Nauseda said that, to his satisfaction, “there will be no meetings at the European Union leaders’ level with Russia”.

“We see that the situation of our relations with Russia is deteriorating and we see new aggressive forms in behaviour of Russia,” he said.

Moscow said Thursday that Putin was a “supporter” of the summit proposal, which would have potentially revived a regular fixture that was frozen after the takeover of Crimea by Russia sent ties spiralling.

The last summit between EU chiefs and Putin took place in early 2014, and the Kremlin strongman has since dealt bilaterally with individual nations.

Ukraine’s foreign minister, Dmytro Kuleba, had blasted the German-French effort as a “dangerous deviation from EU sanctions policy” after talks in Brussels with the bloc’s foreign policy chief.

The EU is looking to revamp its strategy on keeping its vast eastern neighbour in check, as Brussels admits that relations with the Kremlin look set to deteriorate further despite having already reached their “lowest level”.

Moscow has been at loggerheads with a number of Western capitals recently after a Russian troop build-up on Ukraine’s borders and a series of espionage scandals that have resulted in diplomatic expulsions.

The official conclusions from the summit said the bloc was “open to a selective engagement with Russia in areas of EU interest”, such as climate change, health, the Iran nuclear deal and conflicts in Syria and Libya.

Leaders said the EU would “explore formats and conditionalities of dialogue with Russia”, but struck out a reference to “leaders’ level” dialogue contained in a draft version.

Austrian Chancellor Sebastian Kurz, who had backed the push from France and Germany for talks with Putin, tweeted that “as a compromise, it is now to be clarified which dialogue channels can be useful”.

Leaders in their final statement also insisted on the need for a “firm and coordinated response by the EU and its Member States to any further malign, illegal and disruptive activity by Russia”.

To that end they tasked the European Commission “to present options for additional restrictive measures, including economic sanctions” that may be needed against Moscow.