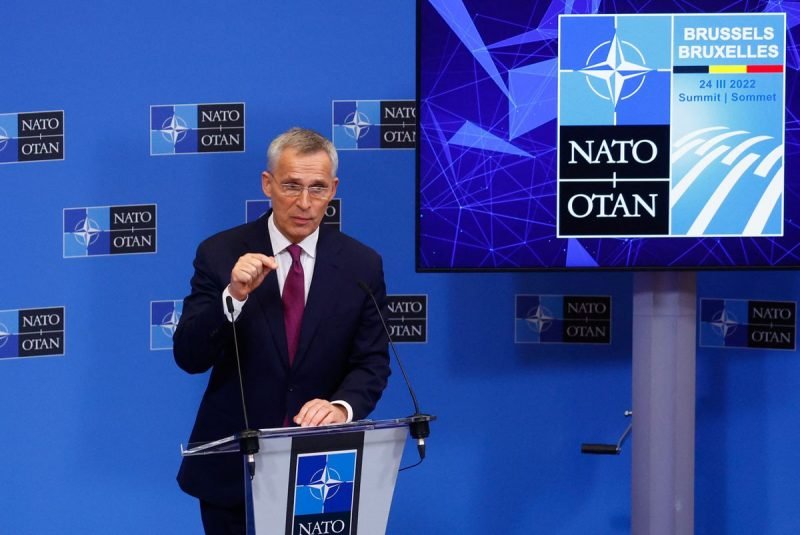 NATO warned on Wednesday against Russia’s war in Ukraine sliding into a nuclear confrontation between Moscow and the West.

“Russia should stop this dangerous irresponsible nuclear rhetoric,” NATO Secretary-General Jens Stoltenberg told a news conference. “But let there be no doubt about our readiness to protect and defend allies against any threat anytime.”