India edges closer to the digitization of diplomacy 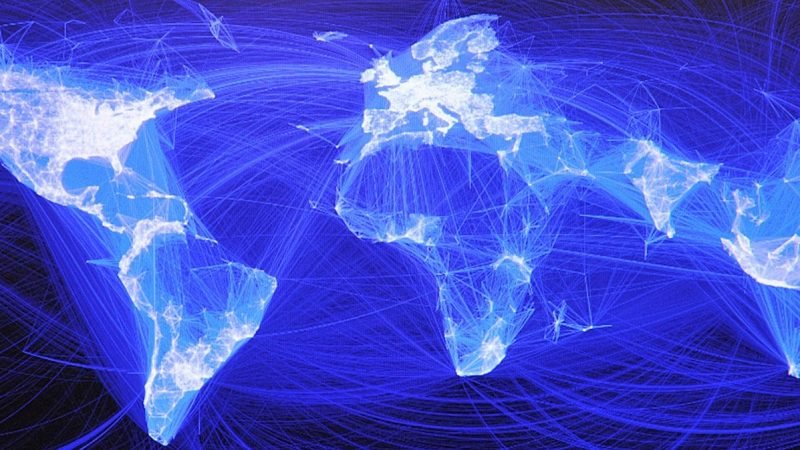 India’s soft power has always been at the vanguard of efficient public diplomacy schemes, often leveraging online tools for stronger impact. Twitter, Facebook, Instagram albeit existed to serve their purpose in the pre-pandemic era; it is only now that India has used it to amplify its foreign policy and virtual identity.

However, this image of diverse India and its soft diplomatic power cannot be bracketed under selective ideation with fixed indicators of its strength. India’s enormous soft power resources need to be institutionalised under more coherent strategies and an expedient positioning

of their goals and objectives. This commentary will explain how internet diplomacy can prove beneficial for India if employed with precise strategy and consideration.

How does Indian digital diplomacy work?

Like any other developing nation. India’s pivotal target through digital diplomacy is to secure its national interests, however, the “scope” of these interests are fairly outspread. In India’s case, it includes food security, cybersecurity, challenging cross-border terrorism, good governance, disarmament, international peace and reform of discriminatory trade practices. In the 1990s India introduced the Look East Policy (LEP) as a steadfast public diplomacy move promising to change the face of South Asian statesmanship. Today, India has firmed up its Act East Policy for COVID-19 gains through online diplomacy, ensuring faster consular outreach in its neighbouring countries, pledging delivery of medical aid and current COVID-19 vaccines.

What India needs to realise is that the “action-oriented” and “active” approach in economic and political relations with South Asian countries may boost higher, if the Foreign ministry chooses to escalate its socio-cultural diplomacy. While India has pioneered in placing a relatable brand of its culture. For example, scheme MADAD, a digital platform launched to push effective aid to Indian citizens in distress in foreign countries received a positive response as a shining narrative and initiative. This, in turn, pulls the cultural diplomacy up a notch by granting India the image of a “hands-on” problem solver. The ministry witnessed a radical, contemporary understanding of addressing queries in real-time under the leadership of late foreign minister Sushma Swaraj. Late in 2018, in partnership with Twitter India, #TwitterSeva was launched wherein citizens in distress were to post their queries with the aforementioned hashtag for quick responses. A fitting example would be the successful evacuation of more than 19,000 Indian citizens from Libya during the civil unrest in 2011, whereof details were exchanged purely through Twitter hashtags.

Another remarkable step towards digital communication was made by India in 2017 when it inaugurated the South Asia Satellite– ISRO’s communication satellite aiding to dispense a variety of conveyance services over the South Asian countries; the informative technology warrants to offer- application sin disaster response, education, in health, weather communications and forecasting.

The footprint of the internet on diplomacy is immense. Study uncovers it accounts for over 20% of growth in the GDP of the world’s largest economies. Prime Minister Narendra Modi, recently reinstating his role as a digital India inaugurator, called upon his ministers to “shed old mindsets” and walk ahead on the course of digital diplomacy. The Indian Prime Minister- Narendra Modi is the second most followed leader on Twitter. With its competing development priorities and a compact foreign ministry, their experiment with engaging with the overseas and local audience has achieved sizable engagement which is no small feat.

Social media is ever-changing, cutting edge, reciprocally active on a personal level for political leaders to use the opportunity for raw and candid conversations with the public. India’s somewhat brittle directives not only destroy the “informality” and “intimacy” which are the appeals of virtual diplomacy but also reject involving greater public participation. Digitization necessitates that the state takes a fresh approach to data dissemination. Now, most of the Ministries in India either rely on media channels such as ANI to pick up information or launch it on their respective websites. However, in both scenarios, the Ministries engage in passive communication with the expectation people would retrieve the said data on their own. For example, post abrogation of Article 370 & 35A from the constitution, the Indian government moved from complete internet shut-down to throttling with virtual communication and speech. This shut down caught many eyeballs internationally, uncovering the shrinking space for dissent in the country. However, the growing reliance on virtual platforms to render consular aid, support in times of crises are complemented with traditional diplomacy, in instances such as that of

Jammu and Kashmir when cellular infrastructure melts down access and release of information suffers- embassies on the ground must employ both online and offline structures of aid provision.

The 21st-century statecraft is the pervasive harnessing of technology for foreign ministries to establish a well-aligned national communication strategy and corporation for foreign opinion analysis. Furthermore, Indian diplomats must boost their online presence, converse with people and constituencies in the world and comment on events before the inevitable media

outruns them. Diplomats have to endorse the potential they hold as transmitters of valuable knowledge to the public.

On the contrary, Mark Zuckerberg recently stated that Facebook will outcast political groups out of recommendations and are intentionally working towards reducing political content on newsfeed globally. This begs the question, how does India’s approach to understanding its ministry’s reach and engagement survive in the predictable algorithm dip? While virtual diplomacy is growing by leaps and bounds, the Indian approach lacks a certain level of strategic thinking and training for the leaders when it comes to web analysis. Options such as investing in institutional competencies involving- analysis of big data, algorithm techniques and tools to burst bubbles, gathering textual analysis for reducing gaps between digital citizens all over the world, clearer and uniform guidelines for the use of online tools in cases of emergency.

Thus, Foreign ministries must act as active communication providers, re-consider valid digital platforms (for better pooling of data), who seek out their audience to render reliable and accurate information. For example, after an earthquake in Nepal India chose the digital strategy to birth a dedicated Twitter account for natural crises wherein Indian citizens received prompt responses to their queries. This approach helped the ministry to pool requests for safety and organize relevant data.

In 2010, Navdeep Suri kickstarted India’s engagement with social media, with the Ministry of External Affairs (MEA) making its debut on Twitter as a powerful channel to birth narrative and quicker communication, thereby creating a texture of the diplomatic life open to the public sphere. India deploys digital diplomacy as an indispensable part of its public diplomacy. The ongoing pandemic has revolved the kind of growth digital diplomacy has reached today. Notwithstanding the current Indian approach requires further restructuring and consideration. India has used the virtual platform as a strategic narrative to build on its public diplomacy initiatives and communicate intentionally through online tools. By investing in low-cost outreach tools, India may be ready to emerge as the new media leader in Asia, by magnifying on the advantages of digital diplomacy judiciously.