An analysis of Trudeau’s statement on protesting Indian farmers 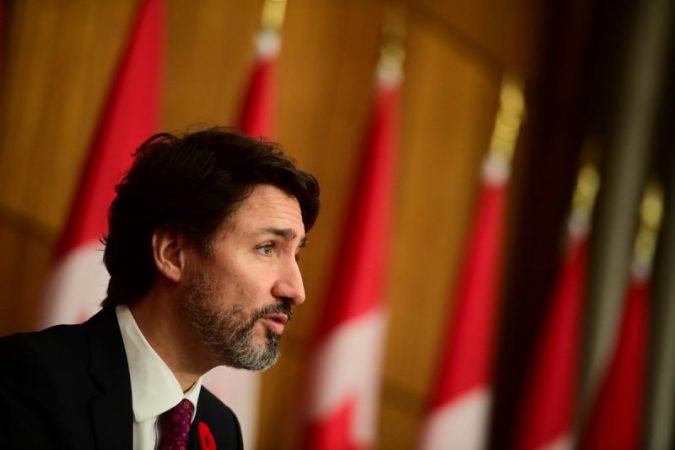 Canadian Prime Minister Justin Trudeau while addressing the Sikh community through virtual meet on the eve of ‘Gurpurab’ backed farmers protesting against the farm bills passed by the central government of India. Referring to the protest taking place in the outskirts of New Delhi he said that “the situation is concerning. We are worried about family and friends” and further added that “Canada will always be there to defend the rights of peaceful protest”. His statement is significant in many ways as he became the first foreign leader talking about the protest which undoubtedly a domestic issue.

The Indian government reacted sharply on the comment made by the Canadian prime minister. The Ministry of External Affairs of India summoned the Canadian High Commissioner and conveyed that such and similar remarks might ‘damage’ the bilateral relationship between the two countries. In its press release, MEA said that “these comments have encouraged gatherings of extremist activities in front of our high commissioners and consulates in Canada.” The ministry also raised the issue of the safety and security of the Indian diplomatic personnel.

Unfortunately, his statement is proving a double-edged sword. Several posters and messages popped up in Canada to organise processions and rallies in different cities of the country. Ottawa Kissan Rally 2020 is supposed to take place in the capital city, Hamilton Kissan Rally in Hamilton will be followed by peaceful protest (as per the poster message) and Kissan Dharna Car Rally will end at Indian General Consulate to send a message that ‘Punjabi farmers are marching to Delhi in protest of recent agricultural bills that threaten their livelihoods and their lives’ according to the poster issued by the unknown organisers.

His statement “to defend the rights of peaceful protest” does not go well with the protest taking place on the outskirts of Indian capital because the measures taken by the police by using water cannons and shelling of tear gas is the standard method of crowd controlling in any part of the world. In fact, Canadian police would have done the same to control the crowd in the event of public unrest. His statement raised the eyebrows of many in India. The timing and the occasion of the comment to show his ‘concern’ and ‘worry’ for the farmers of India is also somewhat fishy. Sikh community is a dominant group in Canada and can influence the results of more than 20 parliamentary seats in the Canadian House of Commons. The last visit to India in 2018 by prime minister Trudeau was overshadowed by the debates about the use of the vote bank of the people from Indian origin by the Canadian politician. A leader of such stature must always pay attention to what he/she says particularly when Indians at home look forward to analysing such comments through different lenses including the allegations of having a ‘soft approach’ to pro-Khalistani Sikh activism.

His statement showcasing ‘concern’ and ‘worry’ about the Indian farmers also does not match with his government’s stand at the World trade Organization(WTO) on the issues related to India’s agricultural policies and programmes. Canada has been constantly opposing India at WTO meetings in its policies related to farm subsidies. Last year in February 2019 his government approached WTO against India and claimed that India is providing 26 times higher support prices for five pulses then the permitted WTO levels. Similarly in July this year his government raised questions on the food subsidies given by the Indian government to rice producing farmers in 2018-19. Recently in September and other developed countries asked India to explain its policies of farm subsidies and its impact on global agriculture trade. In fact, the farmers in India ask for what his government oppose at WTO.

Being an active member of Cairns Group of Agricultural Exports Canada aims to negotiate in support of market access for their own agricultural products in large markets also to criticise the imposition  of import related measures and seeks the reduction of tariffs imposed by countries like India as a measure to protect its farmers. While addressing he also talked about the teachings of Guru Nanak Dev ji about equality, compassion and selfless service and connected these with Canadian values. If he genuinely believes in them, his government must rethink over its stand at WTO otherwise such statement will only be seen as a lip service and ‘hypocrisy’.

The recent reiteration of the same position on agitating farmers by the Canadian PM might further deteriorate the bilateral relations between the two countries. It has been formally conveyed by India that Indian External Affairs Minister of India S. Jaishankar will not attend COVID Foreign Ministers groupings headed by Canada that is supposed to take place in the coming week. Indian displeasure to the statement and its reiteration is quite evident. As far as Indo-Canada bilateral relationship is concerned it is noteworthy that both the nations have not fully explored areas of mutual interest. It is important that both countries must find out niche areas where they can work together. In an atmosphere of distress due to COVID-19 and misunderstanding because of the blame game by the leadership regarding the use of each other territories for political gains such and similar statements will bring more glitches in building a comprehensive bilateral relationship.