The Abraham Accords: The Strategic Aspect 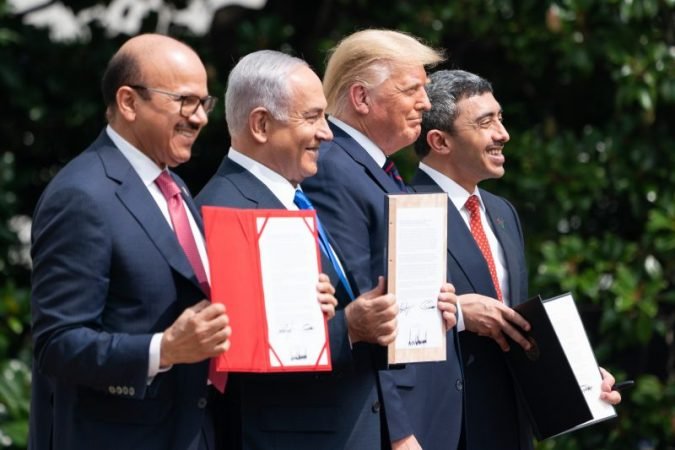 EXECUTIVE SUMMARY: While the recent peace agreements between Israel and the Gulf principalities are a political achievement of historic significance for Israel’s regional status, the construction of an anti-Iranian front will oblige Israel to take military action on behalf of its new allies even in situations where there is no existential threat to the Jewish State. The Israeli public must internalize the reality of this commitment.

There is no doubt that the Abraham Accords, the peace agreements recently signed by Israel and the Gulf principalities of the UAE and Bahrain, represent a historic breakthrough in terms of Israel’s regional status. The leaked meeting between Israeli PM Benjamin Netanyahu and Saudi Crown Prince Muhammad bin Salman reinforces that a new alignment is emerging in the Middle East.

The main reason why the Gulf States have been willing to normalize relations with Jerusalem (with the blessing of Riyadh) is their common sense of threat emanating from Tehran. This is a textbook case of the Middle Eastern maxim that the “enemy of my enemy is my friend,” especially when it comes to international alliances.

The new relationships forged by the shared need to combat a common menace entail commitments of strategic significance. These relations take on additional significance as the administration of Donald Trump, the matchmaker who made this breakthrough happen, draws to a close. In just a month, Joe Biden will be inaugurated the next president of the US.

At the same time, events like the Iranian-sponsored direct attacks on Riyadh’s oil facilities as well as the ongoing war in Yemen, in which forces under Tehran’s auspices are fighting Saudi Arabia, were met by a tepid response from Washington. The lack of American interest in these provocations prompted new thinking on the part of the Gulf States, which began to consider that it might be worthwhile to go public with their relations with Israel even though that state has long been an outcast in the Arab and Muslim world. Behind all the genuinely important talk of advanced technology exchanges and economic cooperation, there is value for the Gulf States in publicizing that they have a new ally with nuclear teeth—one that shares their determination to curb Iranian aggression.

This rationale takes on special significance in light of Washington’s slow but consistent withdrawal from the Middle East—a process that has been going on for more than a decade due to American energy independence and growing US fatigue with the region. The fact that both Democratic and Republican administrations have been disengaging from the Middle East suggests that this is a new doctrine that could gather momentum under the incoming Democratic government, which is less likely to show sympathy for the Gulf States than was President Trump.

The bloc of conservative countries in the Middle East is apprehensively watching the US withdrawal, which is continuing even as Russia and China deepen their penetration into the region and Iran and Turkey expand their regional influence. The ideological-religious context for the current regional struggles is the war being waged by Iranian Shiite Islam and the militant Sunni Islamism of the Muslim Brotherhood (affiliated with Erdoğan’s Turkey) against moderate Sunni Islam. In accordance with the well-known rule of international relations that there are no eternal allies but only fixed interests, Israel finds itself allied with Arab countries against its “friends” of the 1950s and 1960s: Iran and Turkey.

From a geopolitical perspective, Israel is expected by its Gulf allies to strengthen deterrence against a potentially nuclear imperialist Iran. If the US continues to disengage from the region, Israel’s relative weight will increase in the growing regional alliance, and it will have to be prepared to take military action in situations where there is not necessarily an existential threat to Israel. Refusing to do so could create cracks in the anti-Iranian system that could result in desertions in the direction of the Iranian bloc or even in the direction of Ankara and the Muslim Brotherhood.

The new alignment in the Middle East confers on Jerusalem not only rewards but also obligations. The Israeli government will have to prepare the Israeli public for a kind of commitment it has not had in the past: to fulfill the traditional American role of regional military involvement as the US winds down its presence in the region. At the same time, Jerusalem must do its best to slow down Washington’s disengagement from the region, because a robust American-Israeli partnership is the basis for the success of the new alignment.

Prof. Shmuel Sandler is President of Emunah-Efrat College in Jerusalem and a Senior Research Associate at the BESA Center for Strategic Studies at Bar-Ilan University. Email: sandler.shmuel@gmail.com