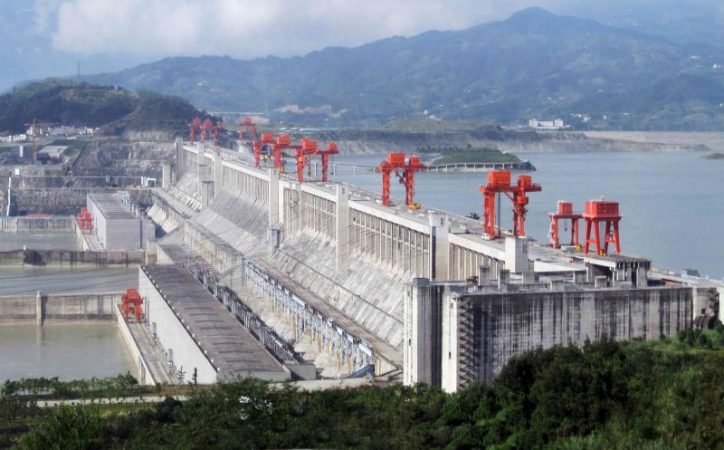 The Brahmaputra River which is known as the Yarlung Tsangpo in China is one of the elongated rivers in the world. Originates in the Himalaya in Tibet, it crosses the threshold and come into India in Arunachal Pradesh, then passes through Assam, Bangladesh and drains into the Bay of Bengal. The Brahmaputra, a perennial or constant flowing river, is the major source of life sustenance for populations dwelling alongside its banks. They use it for consumption and also for practice irrigation, fisheries and inland water transport. In its lower development and pathway, this river is both advantages and disadvantages. On the one side, it leads to the deposition of colossal quantities of rich alluvial soil appropriate for agriculture, but contrastingly, due to physical, topographical and climatic conditions, it causes periodical, catastrophic floods in Assam and Bangladesh.

China is planning to construct a giant dam on the river Brahmaputra, which is to be constructed on the river in Medog region, where it drains by 2,000 meters, making it a best place to harness hydroelectricity. This area is situated in the Tibet Autonomous Region, administered by China. Conferring to the Chinese representatives, the hydropower project in the Medog region is a portion of the country’s renewable energy production advantages and that it will aid China, obtain carbon neutrality by 2060 and also lay concrete on the way for the growth in Tibet Autonomous County. In 2010, China started building of small dams along the conventional stream of the Yarlung Tsangpo, two of them have been over already and at least three are still building up. The projected dam, is the largest one, of them all. The new dam could help the generation of about 60 gig watts of hydropower, along with 300 billion kWh of fresh, renewable and zero-carbon power per annum. The power produced would aid Beijing to meet its clean energy objectives and make stronger water security.

What impacts it will have on India?

It is evident, that China could use water as a weapon, being an upstream region, China has a plus point in constructing dams and infrastructure to pile and digress the stream of the river system. Such construction of the huge dam, can hold back an enormous quantity of sediment carried by the river, which could have a bad impact on farming in the regions downstream. China asserted that it is creating a run- of- the river hydroelectricity project, which does not take in loading or deviation of the waters of the Brahmaputra, which could lessen the flow of water downstream, during the dry phase. India is also concerned about the discharge of water during monsoon phase when north-eastern parts of India such as regions of Assam experience floods. If China discharged water from the dam, it could be calamitous and ruinous for an already flooded Assam. It also poses seismological threats to India’s Himalayan region, which is susceptible to earthquakes and other seismic actions. This dam project poses a significant risk to the population and many wildlife species to this downstream region.

In response to this project, India has pressed China to make sure that the interest of the downstream regions are not affected by activity in upper stream areas. For the time being, India is seeing to construct a 10 gigawatts hydroelectricity project in the Dibang Valley in state Arunachal Pradesh, to alleviate the adversative impacts of the Chinese dam.