India comes to aid to the USA in rescuing democracy 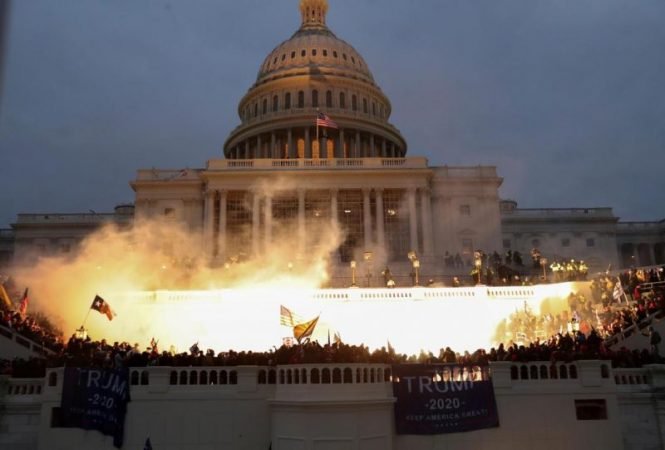 The world is shocked to see the incident at Washington DC on 5th January 2021,  which resulted in an attempt by a group of  American far-right activists to capture capitol hill, the symbol of American democracy, in order to prevent the transfer of power from President Trump to President Joe Biden.

Though the reunited Congress has certified the Biden and Kamala Harris as the winner for the post of president and vice president, the incident raises a fundamental question: if democracy is not secured in a country with strong democratic traditions, then what is the prospect of democracy in 21st century in the world. Second, the incident also reveals that how the so-called strong and muscular leader after getting elected to the executive post through democratic process poses a real danger to democracy itself? The United Nation, as custodian of democracy, must examine that in what ways the so-called strong rogue political leaders like Trump, Putin, Erdogan and others have used the state institutions to undermine democracy?

It emerges now in the light of this incident that it is quite possible that such leaders can go to any extent including building and executing coup scenarios to retain their powers as recently happened in turkey.

This incident also highlights that the sustenance of democracy requires vigilant civil society. Trump would have been succeeded in his nefarious design. It is a measure of satisfaction, however,  that the American Civil Society including corporate world and important personalities, elected leaders across all political parties and judiciary rose to the occasion in defence of democracy. This made Mike Pence the current vice president and many Republican senators and members of House of Representatives as well as many white house staff deserting Trump. What is important in a democracy is not merely conducting free and fair elections but the building of strong democratic institutions and political culture.

It’s in this regard that Indian Prime Minister, Narendra Modi while representing the largest democracy in the world deserves a huge round of applause for supporting the value and ethos of democracy and strongly calling for the peaceful transfer of power in the USA. He made it clear to the USA and the world that any subversion to democracy is not acceptable. This is for the first time probably in the history of the world where a post-colonial nation like India is sermonizing the West on the issue of democracy. PM Modi has indeed made every Indian very proud of Indian democracy which is much more robust, strong and multicultural than any other part of the world.