China v/s the USSR and How it will affect India 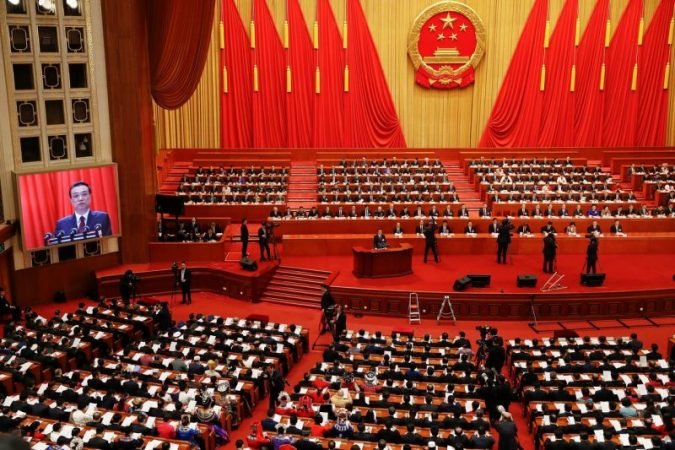 The election of Joe Biden as the President of the United States of America erupted a sense of victory across the globe. It brought with it, a hope that the era of ‘trumpism’ will be a thing of the past. The main issue that had everyone on their toes was how the USA will handle its relations with the rising superpower, China.

Just within 50 days of coming to the power, Joe Biden administration announced a meeting with Chinese officials in Anchorage, Alaska. US secretary of State Antony Blinken and National Security Advisor Jake Sullivan were decided to meet CCP Foreign affairs chief Yang Jiechi and Foreign Minister Wang Yi. The meeting that was supposed to herald new dawn, sadly reiterated what the world knew. The angry exchanges in front of the world media left very little to guess about the state of relations between the two countries.

Just after the meeting, the Chinese State Council of Information Office released a 20-page report titled ‘The report on Human Rights Violation in the United States in 2020’. The report began with the now immortal words, “I can’t breathe!” The report conspicuously mentioned the #metoo movement, political polarization, racism, xenophobia, rise in unemployment, and the ‘failure’ of the US government in containing the spread of the COVID-19 virus ‘out of arrogance’.

Experts may disagree but we are in the midst of a Cold War. But this time, the other belligerent is not USSR or Russia, it is China which is much more powerful than its predecessor.

How is China in a better position as compared to USSR?

China is an economic powerhouse. The size of the Chinese economy has grown exponentially from $1.2 trillion to $14.3 trillion in the 21st century itself. What differentiates it from the USSR is the fact that China has deeper roots of interdependence in the other countries. The decision to adopt the capitalist practices and mold them to suit its needs by Deng Xiaoping, made China a global leader in the production of goods especially consumer goods. The USA on the other hand is an aging economy. The pre-pandemic annual growth rates were almost one-third in comparison to China. It is at a stage where it cannot even apply sanctions under CAATSA without scepticism. The loss of allies is much more dangerous for the USA now.

Another evident difference is in the field of technology. In the post-WW-2 era, the USA was the land of technological advancement. It defeated USSR in sophisticated technology. Now China is at the top of the hierarchy. Especially in the fields like 5G and cybersecurity, where the USA doesn’t have any lead over China.

A smart tactic used by China is the advocacy in WTO to ‘globalise’ the world more. China learnt from the mistakes of others. It rejected the USSR’s ideology of putting an ‘iron curtain’ and dividing the world based on ideological stubbornness. It sees an opportunity where the USA and its allies falter. The recent China-Iran Deal, where China agreed to invest $400 billion in Iran in the next 25 years, is a case in point. The delay in addressing the JCPOA by the USA helped China in grabbing the pie.

Unlike the Russian leaders in the past, China never confronts the USA directly. Even after the heated arguments in Alaska, the two countries agreed to work together on the issues of Climate Change and cybersecurity.

Lastly, China, unlike USSR, has so far been successful in suppressing the secessionist movements. It even increased its hold on the Hong Kong assembly with the recent change in the membership laws. It has condemned the participation of other countries in Taiwan as well as Tibet. We all know what happened to the USSR under Mikhail Gorbachev.

What’s in it for India this time?

India shares a long boundary with China. It did not share the boundary with any of the previous belligerents. The standoffs in Ladakh and the military pressure in eastern India are the direct signs of China asserting its power. India cannot be a mere spectator this time. It has a large trade relationship with China. Even with China’s unfair trade practices, India cannot afford the shortage of consumer goods in case of direct conflict with China. On the other hand, defence co-operation with the USA is a major player when it comes to US-India ties. The stakes are much higher.

Asia is already a hotbed of activity. Afghanistan, Myanmar, Sri Lanka, Saudi Arabia each country is going through a phase that will send ripples across the globe. In all that, India has a major role to play. India is known in the world for its soft power diplomacy. To the extent that the UN decided to include India as a member in the ‘Heart of Asia- Istanbul process’ for a unified approach on Afghanistan, in Dushanbe on March 30, 2021. India has a bigger role to play this time.

Also, the Sino-Pakistan relationship is the sword of Damocles for India. The relationship always reminds India of the imminent danger of a two-front war in case of escalation in tension. The recent volte-face by the Pakistan administration on resuming the trade with India was a clear sign of how uncertainty still lingers on either side of the Radcliffe line.

It will not be wrong to say that the next century belongs to Asians. But to form meaningful partnerships, India will need to look beyond what’s visible. China and the USA are in the middle of a Cold War. It may not be as ferocious as the one between the USA and the USSR but the stakes are higher and China is much more influential than what USSR ever was. Perhaps, for India, the tactic of ‘Non-Alignment’ will have to be replaced by the ‘alignment with both’ this time.