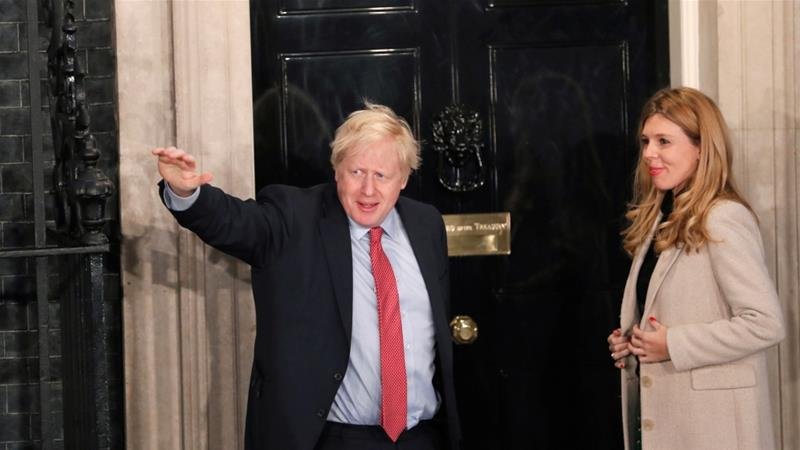 Welcome to a whole new political world. The UK general election of 2019 has delivered a seismic shift in the balance of the country’s politics, the consequences of which are very hard, if not impossible to predict. But what’s clear is that Boris Johnson has broken the legislative deadlock with regard to Europe and will now wield power in a manner that his recent predecessors could only have dreamed of.

To this extent the political system appears to have worked – the people have spoken. Clearly they want to “get Brexit done”, but the result also suggests the existence of a major disconnect between the UK’s main opposition Labour party and a big chunk of its base.

When the returning officer announced that the Conservatives had won the previously safe Labour seat of Blyth Valley just 92 minutes after the polls closed it was clear that something dramatic had occurred. Blyth is a proud town that grew around shipbuilding, mining and fishing.

But one-by-one, as the results came in Labour’s “red wall”, appeared ever more fragile. Bassetlaw and Bolsover, Burnley and Bishop Auckland, Worksop and Wolverhampton, Stockton and Scunthorpe, Redcar and Wrexham, Workington and West Bromwich, Rother Valley and the Don Valley. All are names that were once synonymous with the Labour Party and they had suddenly turned blue. The UK woke up to a full English Brexit.

The great paradox which must now be explained is just why so many traditional Labour voters felt willing to cross the political divide and vote Tory, especially in deprived areas where the legacy of Thatcherism still casts a clear shadow.

Brexit may have created the noise but it was arguably the levels of endemic distrust that provided the deeper message. The “Boris bounce” that has just occurred was not fuelled by positive hope and optimism but fatigue and frustration with a political system that appeared unable or unwilling to cope with the burdens of Brexit. In this climate “get Brexit done” proved a simple and persuasive message.

But this still doesn’t explain quite why Labour’s traditional heartlands appeared so willing to reject the party. As I watched a succession of Labour candidates attempt to understand either their defeat or their much-diminished majorities it struck me that it is to America’s deep south rather than South Yorkshire that we might turn in order to understand what appears to have happened.

Strangers in their own land

Arlie Russell Hochschild is a left-leaning, grey-haired, mild-mannered sociologist from the University of California, Berkeley who travelled to southwestern Louisiana in order to try and understand why white working-class Americans were flocking to the Tea Party even though they were likely to be far worse off under Republican policies. Hochschild had read a variety of economic and cultural explanations but found a full understanding of emotion in politics missing in all of them. He said:

What, I wanted to know, did people want to feel, think they should or shouldn’t feel, and what do they feel about a range of issues?

What she discovers is that large sections of American society feel completely overlooked and feel that they are looked down upon and mocked for their traditional values.

You are a stranger in your own land. You do not recognise yourself in how others see you. It is a struggle to feel seen and honoured. And to feel honoured you have to feel – and [be] seen as – moving forward. But through no fault of your own, and in ways that are hidden, you are slipping backward.

Although clearly set in a very different context, I can’t help but think that in its core findings and arguments Hochschild’s book Strangers in their Own Land speaks to a deeper explanation for the Labour Party’s poor performance. That is, a failure to understand exactly how traditional working classes feel, while at the same time sometimes slipping into a lazy characterisation of Brexit supporters as somehow backward, possibly even racist, and culturally lagging behind the more educated city-based cosmopolitan elite.

Could it be that many working-class communities also feel like “strangers in their own land” and are therefore willing to enter into new political allegiances? As the re-elected MP for Barnsley East in northern England, Stephanie Peacock, suggests: “Too many people feel ignored, forgotten and abandoned.”

In the neighbouring constituency, MP Dan Jarvis went one step further and suggested that some white working-class communities had been “vilified” for their views when what was actually needed was a greater understanding of why those areas feel the way they do. Billy Bragg’s song “A Full English Brexit” comes to mind with its attempt to look at the issue through the eyes of an elderly leave voter:

I’m not a racist, all I want is
To make things how they used to be
But change is strange and
Nobody’s listening to me

And it’s this sense of “nobody’s listening to me” that strikes me as central to understanding exactly why the Labour Party lost so many seats. This is why Caroline Flint, the now-former Don Valley MP, sent such a strong and passionate message to the “influential Labour figures, living in North London postcodes, who have brought us to this point” and sought to “remind them that Labour cannot simply be a party of big cities and university towns, nor just the party of the young or devoted remainers”.

The challenge for Labour now is to reconnect with its traditional supporters. And the Conservatives are faced with retaining this newfound support in working-class, former Labour strongholds, which will be no mean feat. What is certain is that the UK is more divided than it has ever been.

This article has been published originally at The Conversation

Matthew Flinders is Founding Director of the Sir Bernard Crick Centre for the Public Understanding of Politics, University of Sheffield