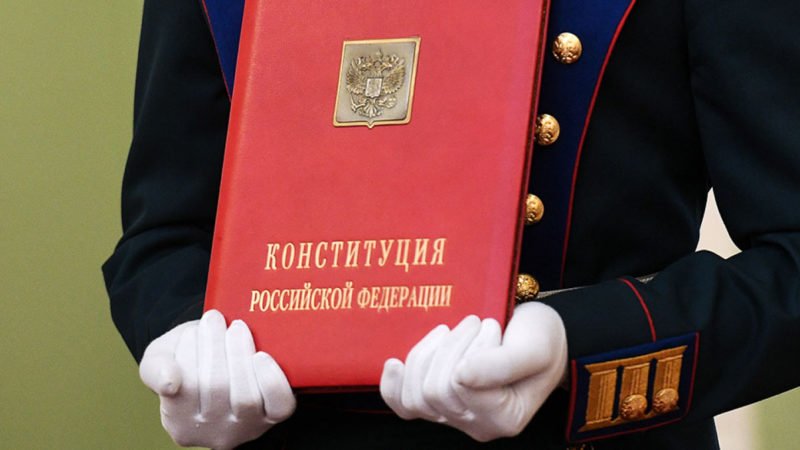 Just as the whole world prepares to combat the coronavirus pandemic, constitutional reform is underway in Russia, where a commission of prominent public figures loyal to the Kremlin has been working since January to amend Russia’s basic law. Some observers and experts initially thought that constitutional amendments were primarily aimed at tightening President Vladimir Putin’s grip on power and making sure that he retains his power even after his fourth term in office has expired. It eventually became clear, however, that the proposed amendments underscore the indivisibility of Russia and uphold traditional values ​​and social guarantees. In fact, the new constitution enshrines imperial, traditionalist features that look attractive to the Russian electorate.

In the new constitution, there will be no mention, even a formal one, of any return or exchange of Russian lands and giving away Russian territories. On the contrary, the proposed amendments rule out the very possibility of any territorial breakaways. This applies primarily to Ukraine, which has lost Crimea, and Japan, which has consistently been reiterating its claims to the South Kuril Islands. They are also sending a similar and final message to Russia’s other neighbours – Estonia and Latvia, which have historical claims to small Russian territories in the Pskov and Leningrad regions. Fully aware that this constitutional initiative will lead to another round of tensions in international relations, Moscow is still ready to ignore such a threat, because it is very popular among Russian voters, who overwhelmingly welcomed Crimea’s reunification with Russia.

No less important for many in Russia is that the amendments offer a bevvy of social guarantees, above all indexation of pensions and bringing the minimum wage in line with the cost of living. These are rather vague notions though as getting businesses to pay extra money to their workers is not easy, and the cost of living in Russia can be easily adjusted. And still, the proposed giveaways will encourage people to vote in the April 22 constitutional referendum and will allow pro-Kremlin circles to accuse opponents of constitutional reform of denying social support to the people.

The latest amendments, personally proposed by Vladimir Putin on March 2, address such traditional values as faith in God, that marriage is a union of a man and woman, and respect for ancestors. Russia is a rather homophobic country going through a serious demographic crisis with a population of only 147 million compared to over 280 million in the Soviet Union. Add to this the rapid ageing of the Russian population, the brain drain and the acute shortage of young labour resources.

Despite the dire economic situation, the government has since January enacted a series of pro-family laws, including substantial payments for the birth of the first child. Now that the traditional marriage will actually be enshrined in the constitution, further such measures can be forthcoming, including a partial abortion ban, tighter divorce laws and additional measures in support of families.

The magnitude of the proposed constitutional amendments, which are actively discussed in Russia, makes the minor changes in government formation and measures to strengthen the hand of some power structures pretty much secondary to the electorate, most of whom are not familiar enough with the inner workings of the political model existing in Russia.  Conversely, traditional values, patriotism and indivisibility of Russia are sure to touch a chord with many, which is exactly what President Putin hopes for. On April 22, Russian voters will show their overwhelming support for Vladimir Putin by voting for all the proposed amendments in a single package (voters will be asked whether they approve the entire revised constitution as a whole, rather than approving each amendment separately).

Amid the current economic crisis exacerbated by the coronavirus pandemic, this would allow the Kremlin to talk about the support it enjoys from the overwhelming majority of the population. However, just like in most Russian elections, the biggest problem will be to ensure maximum voter turnout, and the Kremlin is clearly using popular “imperial” amendments as a means of mobilizing the electorate. Let us wait and see just how successful this tactic is going to be.