Latest on the spread of Coronavirus around the world 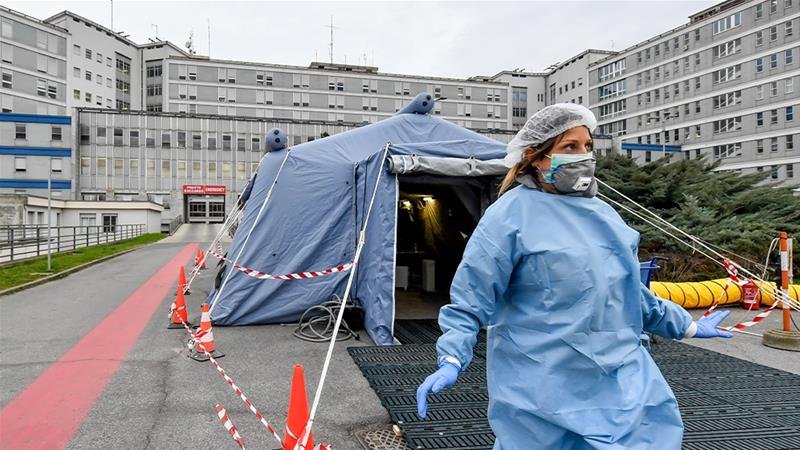 A paramedic walks out of a tent that was set up in front of the emergency ward of the Cremona hospital, northern Italy [Claudio Furlan/Lapresse via AP]
PDF Button

The new coronavirus appears to now be spreading much more rapidly outside China than within, and airports in hard-hit countries were ramping up screening of travellers.