Prevent Nepal to be another Afghanistan in South Asia 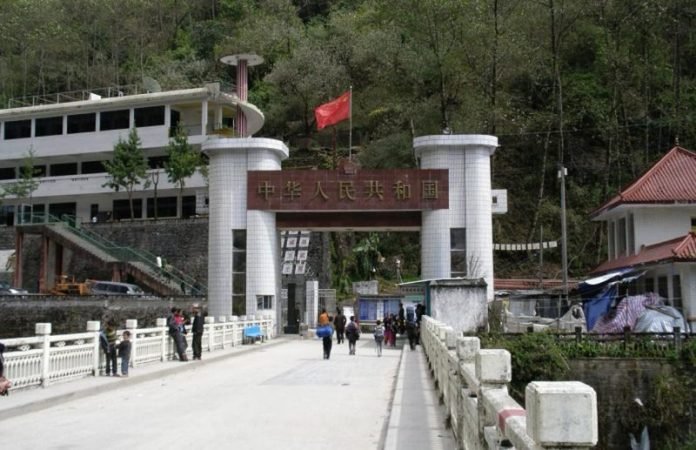 Indian leadership –both in politics and civil society- irrespective of party and ideological affiliations, and western democracies, which intervened when Afghanistan was invaded by the Soviet Union during the Cold War, should never forget the father of People’s Republic of China (PRC) Mao Zedong’s statement soon after People’s Liberation Army (PLA)’s occupied Tibet that ‘Tibet is China’s right-hand palm, and Ladakh, Nepal, Sikkim, Bhutan and Arunachal are five fingers, and that it is the China’s responsibility to liberate these regions.’ While now out of the five, three Ladakh, Sikkim and Arunachal are part of India and well protected, Nepal and Bhutan –though latter one’s national security is India’s responsibility- are sovereign nations.

Since Nepal and Bhutan have been between Communist China and India, they are buffered nations between two giants in so far as geographies, population, economy and military powers are concerned. Though tiny Bhutan has been between India and China and located at a very strategic position for India overlooking ‘chicken neck’ region that connects India’s large North-East with the mainland, this author is not discussing Bhutan in this article since India is in-charge of her national defence.

Nepal is relatively larger in size compare to Bhutan, and India and Nepal have open border apart from much more closer cultural, social, economic, military (A large number of Nepalese are in Indian defence forces), etc. relations. Soon after the end of the rule of the monarchy in Nepal in the second half of the 2000s, which had mainly happened due to decades-long Chinese-backed Maoist uprising, Chinese backed Communist Parties -though fractions ridden- have been elected to power, and they have been ruling the landlocked nation till date.

But, what is most concerning is: there are a lot of similarities between today’s Nepal and 1970s Afghanistan from several perspectives. Communist-ruled Soviet Union appointed one after another ideologically associated puppets after dislodging of the monarchy in Afghanistan like seen in Nepal. Later, when all these puppets failed to delivered desired result for the sponsor, Soviet Union invaded and occupied the landlocked hilly nation which in case of Nepal, again a landlocked hilly nation, has not happened so far; but this possibility in near future cannot be ruled out in view of Nepal communist parties’ ongoing internal conflict in which China’s most supportive present Nepal PM K. P. Sharma Oli is found insecure. Besides, now reports emerging from Nepal reveal that China has encroached upon several villages and has diverted rivers in her border with Nepal which have not been taken easily by several Nepalese organizations and non-Communist opposition parties. As a consequence, the resentment against the communist government and China as seen in Afghanistan against the Soviet Union in later part of the 1970s is growing. Communist China is a replica of the Communist Soviet Union, and therefore, the repeat of another 1979 kind invasion may not be ruled out in South Asia as per Communist China’s founding father’s wish. Again, the present President of China, who has been in the meanwhile ordained himself as the paramount leader of the nation and got his candidature specific constitutional amendment to remain in power for life, is the most belligerent since the demise of first paramount leader Mao Zedong -during whose leadership China had got maximum territorial expansion-  in 1976.

To rescue Afghanistan from Red clutches and check Red Army’s southward expansion to strategically significant Indian Ocean region, western democracies had preferred terror means rather than the direct military confrontation. To their scheme of thing, they got a platform in Pakistan which is located in eastern and east-southern borders of the hapless nation where the majority of Afghanistan refugees were camping. Since the military-Islamist ruled Pakistan had a vested interest against her regional rival India and had not been able to fight directly with her, she allowed her territory for the building of anti-Soviet terror infrastructure and training facilities with an intention to use them against India in the right time.

While in case of Nepal, she is surrounded by India in her east, west and south, and India, a responsible and largest successful democracy in the world, cannot afford herself to allow her territory for Pakistan kind intervention in Afghanistan in Nepal when it is well understood that the present pathetic state of Pakistan from economic, law and order and secessionist point of views are due to its West-inspired promotion of terrorism in the 1980s. In the rescue operation of Afghanistan, Pakistan loses more than it gains.

Apart from Afghanistan and Pakistan, both aggressor-Soviet Union and defenders-the US-led West have been the victims of 1979 invasion. While the disintegration of giant Soviet Union was partly a fall out of this invasion, the spur of Islamic terror has cost a huge loss of lives in the West, and so also to its economy. So far, the US alone has spent more than $800 billion in the Afghanistan war. Yet, the normalcy refuses to return and millions of displaced Afghans are still living in refugee camps in hostile neighbouring countries in untold deprivations.

In view of the above, before Nepal fall into the hand of expansionist Communist China, it is advised to all the democracies in the world, and Indian politicians and civil society that they should work together burying their ideological differences for building a united front against red autocratic dragon’s southward march beyond Tibet border.