Impact of FDI amendments on Indian Economy – A brief analysis 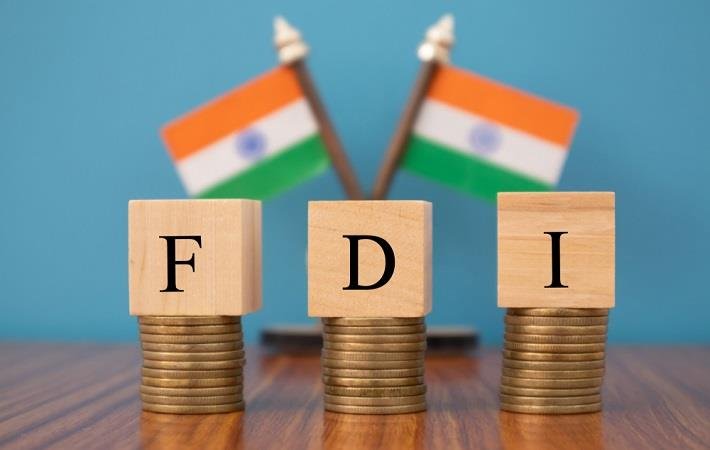 Foreign Direct Investment refers to the flow of capital among countries, acting as a bridge to fill in the gap between savings and investments. The foreign investment ensures technical stability, economic growth, better production & manufacturing sector with improved and diverse global relations. With the outbreak of novel coronavirus in the world, countries have been facing a collapse in the functioning of the economy. Various countries have taken up measures to protect the economies from any kind of traps or business offers that may affect its weak market and valuation. One of the important measures taken up is tightening of the investment policies in the country with strict measures being implemented with the objective of avoiding any problematic business affair. This article focuses on highlighting the changes being made in the FDI of the country along with a brief context about FDI in India over the years.

FDI in the country over the years

FDIs are to be distinguished from Foreign Portfolio Investment which is merely the acquisition of equity shares in foreign countries while FDI takes place when a foreign investor acquires or establishes foreign business in a foreign country. In simple terms, FDI are investments made by one country into another.

With the ease in FDI norms in Indian economy, today India is among the top five countries where huge investments are made yearly. FDI is allowed through an automatic route with certain areas like, defense, telecom, and media where prior government approval is required. With the regular introduction of ease in FDI norms, it has had positive results in the FDI inflows for the country amounting to US$ 469.99 billion during April 2000 to March 2020. According to the Greenfield Ranking India is among the top 10 countries with highest amount of FDI inflow. FDI inflows have increased considerably since 2015 and the highest number was recorded for the financial year 2018-19. In the financial year 2019-2020 India attracted maximum FDI inflow from Singapore- US$ 14.67 Billion, Mauritius- US$ 8.24 Billion, Netherlands- US$ 6.50 Billion, USA- US$ 4.44 Billion and Japan- US$ 3.22 Billion. The data for 2019-2020 shows that the service sector recorded the highest equity inflow of FDI amounting as US$ 7.85 Billion, followed by computer software and hardware at US$ 7.76 Billion, then telecommunication at US$ 4.44 Billion, and trading at US$ 4.57 Billion.

India has attracted more than 72 billion US$ in the year 2019-2020 across various sectors. According to the data by DPIIT in the past two consecutive years Singapore has been the highest FDI inflow investor for India accounting for 30% of the total FDI inflow.

Global pandemic has resulted in the fall of economies followed by disturbed trade, loss of employment, collapse of various sectors. In times like these it is important for the countries to protect their domestic entities first from any acquisition or take over that will disturb the already disturbed market. Tightening of the foreign investments first took place in the European Union countries and Australia to avoid the transcontinental takeover by the Chinese investors. It was during the outbreak of the virus China’s central bank, People’s Bank of China had raised 1% of its shareholding in HDFC bank in India, which raised questions among the individuals. This move by China came through portfolio investment; it led to the implementation of strict FDI policy in the country in order to avoid any problematic foreign relations. These amendments were long overdue and the pandemic gave the government a silver lining of being able to execute the amendments in foreign policy. Following this, the Government has released the “Consolidated FDI Policy Circular 2020” including the restrictions imposed earlier this year.

Overview about the changes

The department for promotion of industry and trade issued a press note on 17th April regarding the amendments in the FDI policy in wake of the global coronavirus pandemic. This was implemented with the objective to curb the foreign takeovers/acquisitions of the Indian companies due to the falling condition of the markets. These changes were made when it came to light that China was trying to acquire distressed assets in leading economies with the ongoing pandemic. With the changes issued in the press note 3, the bordering nations will have to go through a strict approval route before investing in the country. A clearance is required by the countries sharing borders with India for the Investments. The changes made to the consolidated FDI (2017) will be followed as follows:-

During the years 2000 to 2019 India received a total of $2.34 Billion worth investment from China. With the formations of startups and unicorns in the country, China has been one of the major investors for the techno-start ups and its venture capital funds have become the primary vehicle of investment. These changes in the FDI policy are not directed to affect any present or past investments in the country but are made to prevent any future opportunistic takeovers.

Many investments still exist in the country in many companies from China. Strict measures are taken by the government in order to curb the investment process will have a significant impact on the Chinese investors like Alibaba, Tencent and Xiaomi on their investments in companies like Paytm, Byju’s, Dream 11, MakeMyTrip, Swiggy among the few. China being the leading investor in many startups and unicorns in India is scared about the ongoing projects and will there be any delay in the work. China is against these rules and has stated that India is going against and is violating the WTO trade norms of non-discrimination principle. Indian trade experts have however declined any such violations of WTO norms. Earlier this policy was implemented on investments made by any entity based in Pakistan can invest in region/sector except at the prohibited ones but now has been made compulsory for all the bordering nations. In the long term neither the Chinese firms will stop investing in the country nor is it likely that India won’t accept investments from China.

Due to the current disturbance in the economies many foreign countries are backing out their investments in Chinese firms and are relocating to other countries. Foreign investors are looking for destinations with low production costs and a local supply chain in place. India has introduced various schemes to attract foreign investments and to boost production, manufacturing sector and promote the domestic market in the Indian Economy. Many of the investors are in conversations and are planning to pursue the investments in India, with the fact that India is offering many incentives in the sector.

Amendments were made in FDI policy requiring the countries sharing borders with India to get a strict government approval for making investments in order to protect the acquisitions of the Indian companies due to the pandemic. Taiwan for India has always been a separate entity although China considers it to be part and not an Independent nation. It is clear for the country that the new policy reforms are not directed for Taiwan. Even after the amendments, Investments from Taiwan will be treated as they were before the pandemic. Due to the China Taiwan dispute, this issue has come up against the department as Taiwan shares a border with China and not India. Although it has been mentioned and clarified that Taiwan will be treated as a separate entity and these changes won’t include the investments from Taiwan.

Road Ahead for India

Scholars and analysts have said that this move will not disturb the long term FDI inflow in the country nor is it harmful at present. This change has only been introduced with the objective to prevent any unwanted purchase of low value assets of the firms at the time of falling markets. This move is more relevant for tough times like the present ongoing pandemic where investments will be screened properly before being implemented in the country giving a clear idea behind their motives. Analysts have stated the measure to be a silver lining for India to grab global opportunities and to strengthen the domestic production and manufacturing sector. During the tough time India has gained a trustworthy position globally as to how they have handled the situation and are dealing with utmost care and precautions while on the other hand China has degraded its image by the misleading information provided. Not only this but many foreign investors are shifting their productions and supply chains from China and are looking for options in other countries. This is a golden opportunity for India as it can turn out to be a great investment land for the investors and can promote the domestic market of the economy. With the incentives being offered by India, it can attract a good amount of foreign investments and can strengthen the economy. The current situation if handled wisely can help India become the number 1 investor country in the world and will also promote the domestic markets with better and improved resources. India has goals of achieving maximum amount of FDI inflow and will become the highest attraction of investments in the future and will emerge as the leading economy for investments.

Krati Anuj Seth is a professional majored in Economics with demonstrated abilities in research, analysis and writing articles.