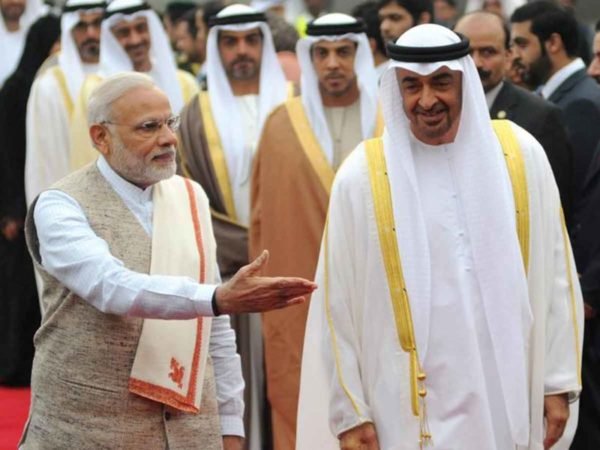 India’s ties with the Gulf countries which have been robust in the past has come under strain owing to a number of factors, New Delhi must swing into damage control mode now

A defining hallmark of the Modi’s government diplomatic outreach to the West Asian countries particularly the Gulf countries have been the personal investment of the prime minister in nurturing robust relationship with the heads of the state of the gulf countries has allowed the development of robust relations between India and the Gulf countries, the result has allowed the full flow of trade, investment, cultural exchange which has bolstered India’s reputation in the Gulf kingdoms to grow manifold. However it is a sad reality that good times do not last long, India-Gulf ties have come under strain in the past few days owing to a number of issues, the growing Islamophobia in India and the pressing economic costs of the COVID-19 pandemic being the other elephant in the room.

After the second wave of migration of Indian nationals to the West Asian countries during the 1970s, the Gulf kingdoms have acquired a special strategic significance of the jigsaw puzzle of New Delhi’s diplomacy, the economic aspect of the Indo-Gulf relationship is perhaps the most important dimension, historically India had to import oil, petroleum and natural gas due to the low reserves, in this context the Gulf countries have played a crucial role in ensuring the seamless supply of the fossil fuel-based sources of energy in the toughest of times. India imports over 80% of its oil and 43% of its natural gas requirements from abroad in which the Gulf countries account for the lion’s share, Saudi Arabia, UAE, Oman etc are the leading players in this context. Besides this India Gulf multilateral trade ties have been robust, during the fiscal year 2018-2019, the trade stood over $160 billion.

But the COVID-19 pandemic has threatened to disrupt this economic ties- the pandemic has wreaked havoc on the Gulf economies, according to a report by the International Energy Agency (IEA), the global oil demand is likely to tank by 29 million tones and this after the OPEC+ (Russia, Iran) and other overseas partners agreed to a historic accord of cutting oil production by a record 9.3 million BPD (barrels per day) which accounted for almost 10% of the global demand has come as a major blow to the economies. With oil constituting the lifeline of many of the West Asian countries, they have been hit hard, further with the fear of contraction infection as a result of the highly contagious nature of the coronavirus, the gulf countries have announced national lockdowns and strict social distancing measures has brought economic activity to a grinding halt, the hardest hit are the blue-collar workers. What is of major concern for India and rightly so is the mass layoffs of Indian expatriates which constitutes a major chunk of the workforce, over eight million Indian expatriates work in the Gulf region and send back private remittances worth $40 billion which forms a vital source of India’s foreign exchange.

The layoffs of Indian workers has triggered a diplomatic dispute between New Delhi and its Arab allies, most notably Oman, although the Ministry of External Affairs clarified that the move did not impact much the Indians living there. With the mass layoffs and the looming situation of evacuating Indian nationals stranded in the Gulf countries could severely impact India’s economic and strategic stakes in the Gulf countries.

As if the economic strain wasn’t enough, the growing Islamophobia in India and among Indian expatriates has only dampened India’s credibility amongst its Islamic friends, numerous reports emerged of Indian nationals indulging in hate-mongering so much that the Indian Ambassador to the UAE Pavan Kapoor had to publicly appeal to this fellow Indians to maintain harmony and warned that India won’t tolerate this kind of recalcitrant behaviour of its citizens, this comes close on the heels of the highly disturbing riots in northeast Delhi which has given India’s diplomatic image a severe beating, further the intense polarization in the Indian society following the emergence of news that a high number of members of the ultra-conservative Tablighi Jamaat hiding their travel history and the knowledge of the possession of the virus has resulted in a wave of anti-Muslim sentiment in India.

However it is not too late, the government must on an expedited basis undertake concerted efforts to repair its image, firstly, India must make a diplomatic outreach to the Muslim countries to assuage their concerns that India is a secular country and is strongly committed to the protection of the minorities, secondly, enforce the iron hand of the law to deal with miscreants disturbing law and order without discrimination and thirdly, the government just after the crisis come out clean on the highly contentious citizenship act. The more the government acts with alacrity, the better it will augur for India- Gulf ties in the future.