Tension between China and South Korea Over Public Health Restrictions 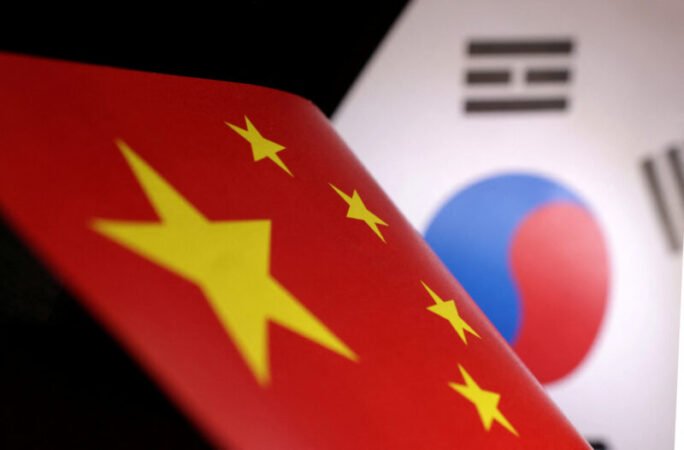 South Korea strongly responded to the Chinese government’s announcement of lifting the zero COVID restrictions, which Beijing set up following strong international criticism of its response time when COVID-19 appeared in Wuhan in 2019. This contrasts with the image presented at the twentieth CCP Congress. As expected, after an opening period, China is now refocusing on itself and strengthening its ideology. Furthermore, the Chinese economy has suffered as a result of this situation. The IMF has announced a slight decline in its economic growth targets. The main objective of the party congress was also to improve international communication. One of the highlights was the surprise departure of former Chinese President Hu Jintao from the international press. The party wanted to present him as a hard and firm leader.

In response to criticism from other countries, the Chinese government has decided to remove all restrictive measures concerning the COVID-19 pandemic. This is a clearly established strategy whose primary objective is to overwhelm the world with potentially infected individuals. This will fuel the fear of a potential return of the global COVID-19 epidemic. The tactic of population submersion is a very effective diplomatic weapon, used by Turkey in its relations with the European Union, among other things. China is now using it and reinvigorating it. Waves of potentially infected people will spill over into other countries, including South Korea.

Countries will perceive the Chinese as potentially infected individuals who are spreading the virus to them. Ultimately, this strategy will put China at a disadvantage in its relations with other countries, but it will make the Chinese believe that the rest of the world does not like them. This confirms our analysis of the 20th CCP Congress in China. The fundamental purpose of this is to identify provinces at risk and then focus their ideology on the party.

Once again in the field of international relations, China is two steps ahead of other countries. The example of neighbouring South Korea is quite obvious, as the Republic of Korea is putting in place measures to protect its population from a possible resurgence of the epidemic. It should be noted that Korea has an ageing population, and a new outbreak of COVID-19 would devastate the country and its economy. In response to this, China has announced the impossibility of obtaining visas for South Koreans. Such tensions are quite common in the relationship between China and South Korea. Throughout the history of their diplomatic relations, the Republic of Korea and China have had a great deal of tension, sometimes critical. Against the backdrop of China’s illegal fishing in Korea’s Exclusive Economic Zone (EEZ) or the deployment of Terminal High Altitude Area Defense (THAAD) in South Korea, which was desired by the United States, to protect the country from North Korea’s threats. Finally, in recent years, South Korea has become known for its culture. In a speech, the leader of the group BTS, Kim Namjoon, explained that Korea was expressing its sorrow for the United States, which triggered Beijing’s anger. China emphasized its contribution to the Korean War and its ongoing efforts to ease tensions on the peninsula. The history of their diplomatic relationship is tumultuous and catalyzes a number of things.

Increasing tensions around passport restrictions for Chinese people follow this path. But this time, Korea relies on China’s support to negotiate with the Democratic People’s Republic of Korea (DPRK). Knowing that Beijing is one of Seoul’s most powerful allies. This brought together the two nations, such as their views on Japanese actions during colonization, and the invasion of Manchuria, for example. In the current context of the invasion of Ukraine, support for Russia and fully aware of its power over North Korea. China has made the decision to suspend the arrival visas of South Koreans. The diplomatic impact of this decision is minimal for the time being, and it is intended to respond to Seoul’s restrictions. They do not question their community’s willingness to intensify their procurement partnerships. The COVID-19 pandemic has shown the Korean government its fragility. Korea was a major export destination, and it was quickly threatened by the near termination of trade. The Moon administration had already begun to reflect on the subject. This is continued by the Yoon Seok-Yeol administration. Especially with a focus on diplomatic relations between Seoul and Beijing to foster supply chains.”