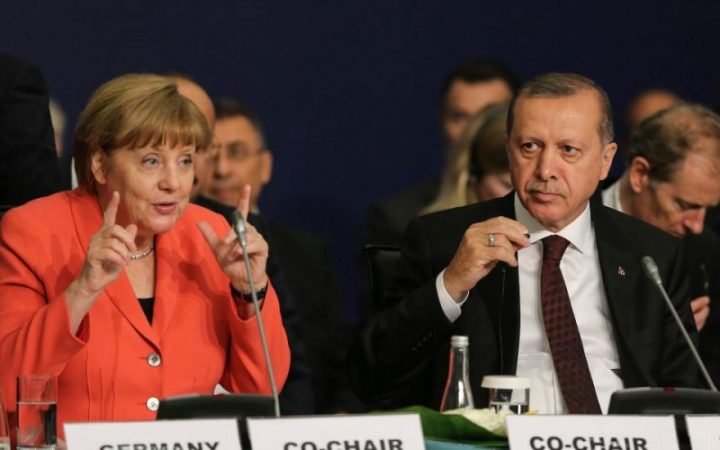 EXECUTIVE SUMMARY: Turkey’s relations with Germany have always been privileged, but Angela Merkel took that relationship even further by treating Recep Tayyip Erdoğan as a protégé in the international arena. Their relationship strengthened in parallel with a significant increase in German-Turkish military and trade cooperation. But Merkel’s term is coming to an end, and there has been a noticeable shift in tone within the Berlin political establishment toward Ankara. The Turkish president will not be able to count on German benevolence forever.

Turkey’s relations with European countries have been volatile and unfriendly in the past, but Ankara has long enjoyed warm and stable strategic relations with one European country: Germany. Strong Turkish-German relations can be traced back more than 100 years to the time when the two countries fought side by side during WWI. During WWII, then Turkish president Ismet İnönü signed a friendship pact with Nazi Germany. It was only when Allied pressure on Ankara mounted that in 1945—just a few months before the end of the war—it dissolved the agreement.

In 1961, Germany and Turkey signed a pact creating a guest workers program designed to fill demand for unskilled labor in Germany’s booming economy. Today, around 4 million people of Turkish descent live in Germany. It is the country’s largest migrant community.

The ascent to power of Chancellor Angela Merkel 15 years ago saw an unprecedented boost to bilateral relations that coincided with Recep Tayyip Erdoğan’s assumption of the Turkish premiership in 2003. Erdoğan went on to transform the Turkish ruling system into a presidential one, and has held onto the position of president since 2014. Merkel and Erdoğan formed a political partnership in the international arena to the extent that Merkel essentially turned Erdoğan into a protégé.

When Ankara escalated the energy dispute in the eastern Mediterranean, Germany mediated between Turkey and fellow EU members Greece and Cyprus. It is a rare event when an EU country arbitrates a conflict between members of the bloc and a non-member.

During the recent clashes in Nagorno-Karabakh, Berlin issued a lackluster condemnation of Erdoğan’s provocative attitude. Merkel in fact created something of a diplomatic umbrella for Erdoğan within the EU in the hope of eventually being awarded the co-chairmanship of the Minsk Group.

Even when Erdoğan invaded northern Syria, Merkel did nothing tangible to stop him. In fact, she implicitly backed the move, interpreting it as a method of curbing the influx of refugees to Europe. Her logic was that such an influx would not occur if Erdoğan was allowed to transform Turkish-controlled areas into a so-called “safe haven” for Syrians.

In terms of figures, bilateral trade volume between Turkey and Germany stood at €30.4 billion in 2019, with Berlin one of Ankara’s top business partners. More than 7,500 German companies operate in Turkey, including Europipe GmbH—the company that supplied the Turkstream gas pipelines with pipes.

At the height of the European migrant crisis in 2015, when Erdoğan sent nearly a million refugees to Germany alone, the German automotive company Volkswagen sold more than 107,400 units to Turkey—the highest number since 2002, which was the year Erdoğan won the legislative elections. Another German car giant, Mercedes, maintains a bus production facility in Istanbul that is in full operation.

The level of cooperation in arms trade has also been significant in recent years. Ankara is now the number one importer of German arms in the world. Last year, Turkey imported arms worth more than a quarter of a billion euros from Germany—the highest figure since 2005, when Merkel came to power.

Germany plays a particularly crucial role in Turkey’s drones program, which has been the spearhead of the Turkish army in its battles in Libya, Syria, and Nagorno-Karabakh. The missile warheads installed on drones are developed by German arms manufacturer TDW. In an official report, the German government admitted that it had granted 33 permits to Turkey to export goods that were designated as suitable for use on military drones. The missiles themselves are manufactured by Turkish state-owned company Roketsan, which is closely linked to the Erdoğan family.

It is not only the Germans who have influence to exert. The depth of relations is mutual to some extent, even if the balance is clearly tilted in Berlin’s favor. Germany’s enormous Turkish diaspora is considered the fourth-largest electoral district in Turkey (1.5 million German Turks are eligible to vote, and more than two-thirds of them voted for Erdoğan in the last elections).

The Turkish Islamic Union for Religious Affairs, DİTİB, is Erdoğan’s most important tool, as it administers about 3,000 mosques—a third of all the mosques in Germany. The organization receives hundreds of thousands of euros in annual funding from the German government and runs Germany’s largest mosque. Erdoğan personally attended the opening ceremony of this mosque in Cologne in 2018.

While German-Turkish relations have relied largely on the relationship between Erdoğan and Merkel, he will not be able to count on her indefinitely. She will be leaving office exactly a year from now. There has been a noticeable shift in tone among the political establishment in Berlin toward Ankara, and this could lead to a change in Germany’s policy—especially if Erdoğan persists in provoking the Germans in disputes around the world.

Merkel’s strategy sent Erdoğan the dangerous message that he could behave as he pleased without consequences—and more than that, it showed him that Germany, and Europe along with it, was willing to submit to political blackmail. It was Merkel who orchestrated the EU-Turkey refugee deal in 2016 to stop the influx of migrants into Europe, a deal Ankara agreed to in exchange for financial benefits.

It is not Erdoğan’s political adventures that will ultimately cost him internally and externally, but rather the faltering Turkish economy and the freefall of the Turkish lira. Turkey’s financial problems exceed Germany’s capability to assist, even with Merkel’s efforts to lend Erdoğan a helping hand before she withdraws from political life. The last attempt by Merkel to bail out her Turkish protégé will be an effort to amend the EU-Turkey Customs Union agreement to grant Ankara more facilities and economic benefits.

This article was originally published by BESA Center Website

Rauf Baker is a journalist and researcher with expertise on Europe and the Middle East.