Biden and Israel: A Return to the Obama Era? 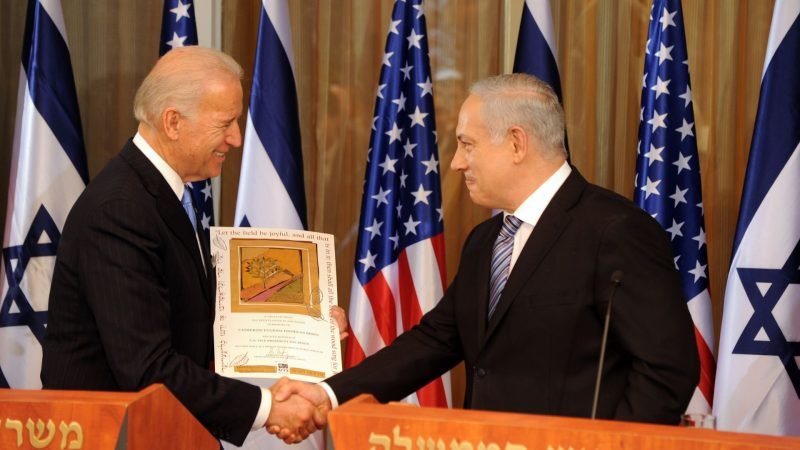 EXECUTIVE SUMMARY: The election of Joe Biden as the 46th president of the United States requires an examination of the significance for Israel of the transition of power. After four years of unprecedented breakthroughs for Israel during President Donald Trump’s administration, is Israel destined to return to the Obama era in the shape of his former deputy?

US president-elect Joe Biden comes from a completely different background than either Donald Trump or Barack Obama. Trump came from a business background and had no experience in Washington at all, and Obama reached the White House after only three years in the Senate. Joe Biden, by contrast, has been a politician in Washington for nearly 50 years. He thus represents the political establishment to a much greater extent than did either of his predecessors.

As a longtime senator, member of the Senate Foreign Affairs Committee, and vice president, Biden is well acquainted with foreign affairs and security issues and very experienced in US-Israel relations. He began his service as a senator shortly before the outbreak of the Yom Kippur War, and said at the time that he was very concerned about the fate of the Jewish state. With that said, he most certainly does not support Israel’s settlement enterprise. Thus it can be presumed that “Obama-style” clashes will occur between the Biden administration and Israeli governments headed by right-wing parties. It is highly likely that Biden will repeat the mantra of his former boss in the Oval Office, who said that being a friend of Israel does not require one to be a Likud sympathizer.

There is no need, however, to postulate that a confrontation between the Biden administration and the Israeli government is imminent. Though a victory is a victory, Biden’s election was far from a landslide. Traditionally, a first-term president controls Congress for at least the first two years of his presidency. When Biden takes office in January, he will have a Senate that is not controlled by his party and a House in which his party’s majority has been diminished. He will have no choice but to cooperate at least to some extent with the opposition.

As a veteran senator, a former contender for his party’s presidential nomination, and a former vice president, Biden is aware of the extent of support for Israel in the US Congress. He knows he will have to take into account recent Israeli achievements that corresponded to US Senate decisions (and former US presidents’ pledges) such as the moving of the US embassy to Jerusalem. And while Biden is expected to try to return to the Iran nuclear deal (JCPOA), he will not be able to disregard the renewed sanctions on Tehran and their effects. It is equally safe to assume that Israel-US security relations will not be compromised.

The electoral results reflect serious political polarization within American society. Biden’s initial priority will likely be to restore national unity, not wade into controversial issues in foreign affairs. Indeed, in his first speeches since winning the presidency, he has emphasized his desire to be president of all Americans regardless of their political bent.

We will have early indications of the direction of the Biden presidency when he announces his foreign policy and national security nominations: secretary of state, US representative to the UN (a Cabinet-level nomination), secretary of defense, and national security adviser. Given the prominence of Ambassador David Friedman during the Trump years, the US ambassador to Israel will be a meaningful appointment. The same will be true for Jared Kushner’s replacement and the choice of special ambassador to the Middle East.

In view of the president-elect’s advanced age, it is extremely important that attention be paid to the roles Biden assigns to his deputy. Kamala Harris’s run for the Democratic nomination for the presidency at the start of the 2020 primaries leaves no doubt about her ambitions. Her friendly attitude toward Israel, like Biden’s, is well known. However, the radical wing of the Democratic Party is openly hostile to Israel. It remains to be seen to what extent Biden and Harris will allow that wing to dictate US policy toward Israel and the region.

Prof. Shmuel Sandler is President of Emunah-Efrat College in Jerusalem and a Senior Research Associate at the BESA Center for Strategic Studies at Bar-Ilan University