Importance of English in a world of many languages 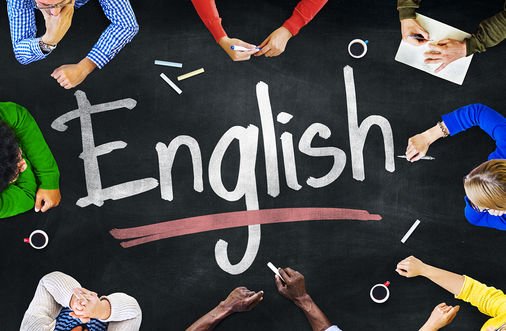 India, after gaining its independence from the British colonial rule, laid down in its Constitution that it would promote Hindi with a vision of making it the official language of the union in the years to come. Along with this, English was made an Associate Official language as a temporary uniting force for a new born nation that was already facing protests based on its linguistic diversity. Over 70 years later, neither of these could hold out. Hindi, while a major language of our country, is spoken by a little over 40% of the people in India. Meanwhile, the importance of English as not just a language but a key to financial and social growth can hardly be argued in today’s context. This essay will explore the status of English in a country like India, which holds a linguistic diversity little seen in any other part of the world. It examines how different groups see English as well as how the government has tried over the years, to incorporate English in the education curriculum while also trying to include the interests of other linguistic groups.

Back in 1947, the Indian government decided to go back on an earlier promise of reorganizing the states based on linguistic diversity. This led to protests all over the country, specifically in the Telugu speaking parts, with a man dying in the midst of a fast to protest against the government move. This immense passion language arises makes it clear that it is not just a means to communicate. It represents an identity, a way of expressing oneself, a tool to gain knowledge and a social position. It is often also used as one of the means of separating members of society. Having access to a language can open numerous doors for certain sections while denying access can stifle any possibility of growth for other sections. S. Anand (1999), in an analysis about the position and accessibility of English language today compares it with that of Sanskrit in the ancient period.

“Sanskrit, in the ‘glorious, classical’ period worked like a secret code language, access to which was determined by one’s birth into a certain caste and gender. It was the high language in which all the rules of society (Manu), grammar (Panini), state-craft (Kautilya), mathematics (Aryabhatta), performing arts (Natyashastra), etc, were written. Exclusivity was its essence.”

While the use of Sanskrit has now virtually faded away, new languages have taken its place. Chief among them, is arguably English. While no scripture, or law prohibits any section of society from learning this language, the inherent societal divisions between the haves and have nots invariably lead to difficulties for the latter in gaining access to it.

Vai Ramanathan (1999) conducted a study in a well-known university of Gujarat on the consequences of a lack of English medium instruction at primary levels in contrast with the relatively more powerful middle class who have only gone to English medium schools. He describes the power dynamic in terms of a powerful inner circle of the English educated middle class and an outer circle, comprising mostly of Dalits or lower castes and OBCs. He goes on to prove how the outer circle is unable to adequately cope with trying to learn English at the tertiary level but also recognizes it as an indispensable skill needed for any job in today’s market.

Recognizing the indispensability of English, the Andhra Pradesh government, in 2019, even announced the decision to run English medium government run schools. While largely appreciated, there was opposition based on the threat to Telugu language and culture from various groups as. Commenting on these critics, Subroto Dey (2019) rightly points out the hypocrisy in their argument.

“Most of the critics are from privileged backgrounds, and send their children to English-medium private schools. Their argument is that the introduction of English-medium schools will prove to be an onslaught on Telugu language and culture. However, it is surprising that they expect only the marginalised to take the responsibility of protecting culture and tradition while the rich continue to enjoy the fruits of modernity riding on quality education in English.”

Thus, what seems to be clear is that access to English brings with it many privileges which the haves, incidentally the upper and middle classes, appear to want to keep limited to themselves. This desire to keep the lower castes and the less privileged away from learning English is often veiled in claims of it being a foreign language and even a colonial remnant.

Hany Babu (2017) describes our language policy as a ‘chaturvarna system of languages’ commenting on the hierarchy of languages to be four-fold with Sanskrit on the top, followed by Hindi, then the scheduled languages as mentioned in the 8th Schedule and the non-scheduled languages at the lowest rung. English is conspicuous here by its absence, being outside this hierarchy. He describes English as an “untouchable language with emancipatory potential”.  He uses the word ‘untouchable’ because while English has gotten no official status in the 8th Schedule, no one rallies for its inclusion in it despite it enjoying most of the privileges of a scheduled language. Babu also points out the ambivalent policy the government has had towards English.

“While ofﬁcially, English is treated as an invisible or untouchable language, it continues to dominate the public sphere and having no access to good English is often the determinants of social mobility, wherefore the underprivileged ﬁnd it impossible to catch up as the state has no obligation to provide education in English for them.”

The latest National Education Policy of the government, released in 2020, had brought with it the three-language formula, which was an attempt to assimilate the diverse linguistic groups of our nation. The plan was to teach English, Hindi and a language of dominance in the South to the Northern states and to teach English, Hindi and the language of dominance in their region to the Southern states. However, faced with immense opposition from the Southern states over the imposition of Hindi the policy was put on the back burner where it continues to remain. Another crucial aspect of the National Education Policy lies in the medium of instruction for primary education. The policy requires it to be in the mother tongue of the child. Here, there are multi-layered disputes. Given the immense diversity of our country, even within a state, many groups have different mother tongues. Thus, whether the state language, or the majority group’s mother tongue will be imposed upon all is an apprehension which the government has been unable to clarify.  In addition to this is the contention whether English language would be taught with equal fervor. This becomes important especially in the context of Ramanathan’s (1999) research wherein he specifically notes the difficulties faced by those groups who were not introduced to English until the 6th standard in their education.

The language policy of India has been in disarray to say the least over the past decades. This is especially true with regard to the treatment of English in our educational system. As examined in the essay, it is considered an untouchable language on the one hand, yet its knowledge and use in our everyday life is aspired to by almost all sections of society. Ramanathan, in his research, conducted interviews with the backward classes or those he considered to be a part of the outer circle. A common theme among all his interviews seemed to be the desire of the outer circle to learn the language to be able to gain social and economic mobility. However, with the poor availability of resources for teaching this language, due in part to the ambivalent attitude towards it, leaves them simply yearning for its access, often resorting to rote learning at tertiary levels to be able to gain employment and even social acceptance.