Highway to Hegemony or Harmony? 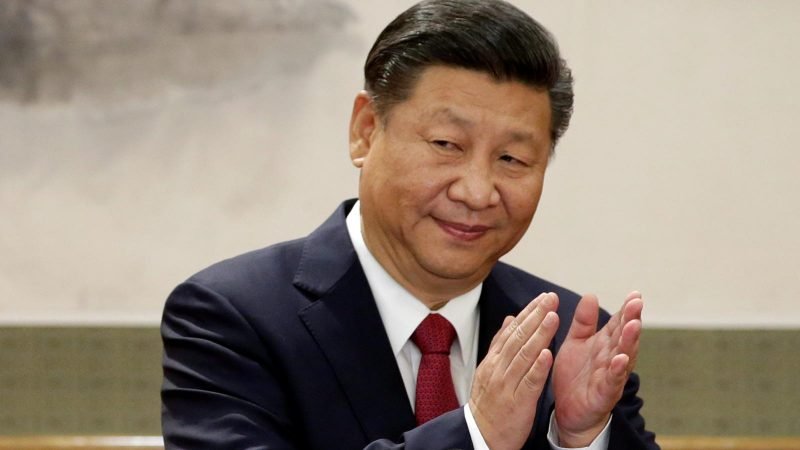 In February of 2020, Xi Jinping added biosecurity to the portfolio of responsibilities of China’s Central National Security Commission (CNSC) which convened clandestinely amidst the COVID-19 pandemic. The CNSC of the Communist Party of China’s establishment was heralded in November 2013 at the Third Plenum during the preliminary Party gathering following Xi Jinping ascension. The CNSC was purposed as the Chinese response to a significant increase in the number of complex domestic and transnational concerns. A need was acknowledged for American-style National Security Council for the smooth transition of security policy decisions. Synchronization of the foreign and security strategies through the CNSC is likely underway for resolution of issues regarding both domestic and external security.

Xi is transforming China’s national security state into a control state where intricately linked bureaucracies administer domestic and external security concerns which are overseen by the leadership. This approach is executed in an integrated manner with control taking precedence in dealing with traditional and non-traditional security areas such as public security, military security, legal security, and information dispersion. To facilitate this, the CNSC is tasked for implementing the harmonization and streamlining of the splintered bureaucratic structure of the Communist Party of China (CCP) while consolidating the personal supremacy of President Xi Jinping. Furthermore, this also provided President Xi with an opportunity to further strengthen and solidify his authority over the governance apparatus including diplomatic instruments as well as the domestic and external coercive tools through the CNSC of CCP.

The precursors of the CNSC were the CCP Central Committee’s Leading Small Groups and Commissions which function as decision-making organizations for established policy spheres. Leading Small Groups (LSGs) permit CCP to settle crucial matters in a well-timed as well as with the backing of interdepartmental collaboration with implementation administered across the CCP’s mammoth bureaucracy.

Nevertheless, experts have argued that LSGs originated as a well-thought-out consequential response to the North Atlantic Treaty Organization (NATO) bombarding the Chinese Embassy in Belgrade in 1999. LSGs have likewise been thought to have emerged as a compromise by President Jiang Zemin to control power after his retirement through a chairmanship system. One of the fatal flaws of the National Security LSGs is its functioning as an ad hoc committee without a systematic conference schedule or fixed members as such the actions taken by LSGs are reactionary which is likely to put a limit to the options available. Additionally, LSGs must justify its decisions to Party Secretariat and Standing Committee of the Central Political Bureau of the CCP for sanction in official papers and appointment of its members and each LSG is head by a member of the Politburo Standing Committee. Moreover, there are Coordination Groups which are concerned with executing and backing single-issue specific matters where approval from the centre is required.

Additionally, the Tiananmen Square protests where the decentralization of power was blamed as one of the causes of the unrest cast a long shadow and led to the propagation of the idea of NSC. Another concerning development was Xi’s direct predecessors Jiang Zemin and Hu Jintao’s loss of unquestionable authority over the security strategy. This led to various factions of CCP attempting to use the security strategy formulation as a chip to influence the balance of power.

Furthermore, the Taiwan Strait Crisis, EP-3 incident as well as China’s entry into World Trade Organization in 2001 created connections between national and international security concerns thereby requiring the formation of the Central Leading Group for National Security (CLGNSA). However, after more than a decade, the elite consensus honed in on the need for structural reforms to stave off a crisis, black swan as well as disruptive events. The rise of non-traditional security threats, short-term as well as long-term security issues blurred the line between domestic and external security challenges thereby necessitating enlarging the CLGNSA or establishment of an NSC.

As such structural reforms launched during the Third Plenum are vital and enhance the highest level of cooperating organizations Xi Jinping helped carve. Xi views himself to be on a pursuit to rebuild the lost pre-eminence of the CCP. Therefore, the complex challenges China and the party is confronting require formidable leadership which includes military modernization military and intensifying focus on discipline.

As such it was determined that the establishment of a CNSC was required and its purposes include resolution of interagency security-related collaboration insufficiencies, policy formulation within the top levels of the CCP and its implementation. The CNSC is tasked with tackling extensive internal and global security obstacles ranging from the Indo-Pacific pivot emphasis of the US to “three evils forces”. The accomplishment of the developing economy’s objectives, governmental and societal reforms currently underway in China come under the purview of CNSC.

CNSC is also committed to decreasing the response time for decisions while encouraging integration with capacity-building enrichment. CNSC likewise entrusted with guarding the core interests while working on the intensification of the edification of the law structure regarding national security which is much broader in the Chinese context including both the state and regime security. “State security” likewise also pertains to the defence of the intangible CCP-constructed notion of China as well as preemptive management of threats.

Another vital component has been the formation of national security policies, strategies as well as working on research in order to confront major national security challenges. CNSC has already worked on the State Security Law and State Security Strategy Outline in 2015. The CNSC as well advises the Politburo and works to coordinate between the CCP, increases efficiency, works as an integrative interminisiterial administrative entity for the military brass and the administration. Furthermore, the CNSC is designed to work in crisis management both in matters of domestic and international security.

CNSC has become especially important as Xi draws intense dependencies between national security and development to command a national security agenda. It comes directly under the Central Committee of the CPC with the most high-ranking leaders’ part of the CNSC. The CNSC features the subordination of the People’s Liberation Army (PLA) to the CCP as the Central Military Commission is fully subordinate to the CNSC. This was significant as the PLA had bolstered its reach owning to Xi’s anti-corruption and reorganization drives. CNSC is similarly working on strategically coordinating the working of the National People’s Congress as well as the Chinese People’s Political Consultative Conference. A sub-commission system further reinforces CNSC command structure under Xi where all functionally national security agencies are enmeshed into the structure related to intelligence and public affairs.

More centralized policy making will lead to more coherence thereby likely decreasing the provocative incidents along the country’s borders and maritime boundaries. More focus can likewise be provided to the peripheral issues which can have global implications such as Ethnic Affairs. CNSC has taken over the CCP’s Central Politics and Law Commission  which Xi deemed to be a target of public grievance due to minority mistreatment. CNSC is also a part of the “three-in-one national security system” and its “overall national security outlook” which Xi endorsed at CNSC’s the first session in 2014.

Moreover, Xi Jinping brought up eleven categories of national security concerns that came under the purview of NSC in the Plenary Session on April 2014. Therefore, CNSC gambit of responsible encompasses crucial issues such as cultural, scientific, nuclear, ecological, technological societal as well as economic security which underscores its Chinese characteristics. This likewise also further facilitates centralization of power boosted by a two-tier membership system with Xi’s allies holding positions in CNSC. The CNSC has similarly augmented the centralization of authority thereby decreasing the need for consensus-building which further enhances Xi Jinping’s ability to exercise his power.

Xi is leading the CNSC as the President of the People’s Republic of China (PRC) not as the general secretary of the CCP thereby bolstering his office while reducing the entanglements of party-military-state nexus. As the CNSC is in its initial phases of expansion, it will still have to depend on established institutions and organizations while steadily starting its own auxiliary institutions. It has been observed that the CNSC is symbolically being utilized to cement Chinese status as a major power as all the major powers such as the US, Russia, India and the UK have analogous groups. In addition, People’s Daily has referred to them as a “nerve centre” thus signifying its importance. The establishment of the CNSC was itself a demonstration of power for Xi as he accomplished what his two immediate predecessors only dreamed of.

On the other hand, the CNSC has been inextricably linked with “social stability” which ties in with the Confucian concept of “harmony” with its invocation been done by China to rebrand itself as a stable and peaceful power. Therefore, through institutional power consolidation, the CNSC can harmonize multi-faceted benefit relations while upholding social harmony, advancement and stability. However, power consolidation through CNSC for the attainment of superior economic and military capabilities can likewise lead to hegemonic tendencies and its gratification.

Other concerns have also emerged that the interests of the party-state appear to take precedence over the imperatives of the CNSC. By the same token information about the functioning of the CNSC is limited as such it has been referred to as a “black box” institution. But Xi Jinping is erecting brand new institutional pathways for policy formulation at the apex filled with people beholden to only him while weakening the power of the standing committee members and the CNSC could just be the starting point.