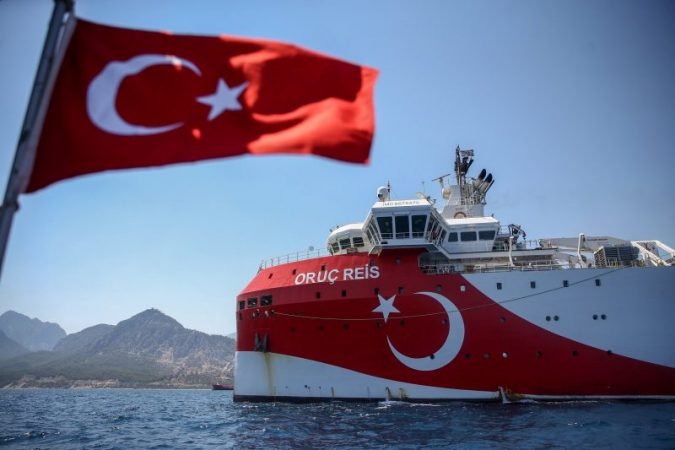 There has been a sign of relief between Ankara and Athens’s weeks-long standoff. Turkey on 14th September was witnessed taking the first positive step towards ensuring peace and stability in the region, by pulling out its seismic survey vessel; from the disputed area of the eastern Mediterranean. Greece applauded this move in easing out tensions over offshore natural resources. The Turkish defence minister is reluctant in accepting this move to be a step towards peace instead, he claims that the country pulled back the vessel as a part of the scheduled plan and should not be seen as the country giving up on its rights.

Turkey’s recent developments in the region have overwhelmed the neighbours in increasing their security measures. Neighbours and NATO allies Turkey and Greece have competing claims to continental shelves and privileges in the eastern Mediterranean for future energy supplies. Last month tensions flared after Ankara sent Oruc Reis to map potential opportunities for oil and gas exploration in waters claimed by Greece, Cyprus and Turkey. The conflict over potential oil and gas reserves caused an eastern Mediterranean military build-up, with both Turkey and Greece dispatching warships to the region and carrying out military drills to assert their claims. Turkey is seen to be inviting solutions through dialogue but has its actions on public platforms are contradicting. It has rejected any conditions, even before the negotiations could begin. The other side has claimed that Turkey has to cease its provocations in the region. Turkey is playing both sides by saying it’s open to discussions but only when its preconditions, which is highly unlikely given the conditions are only favouring Turkey’s interests.

In the midst of the uncertainty, on Saturday Mitsotakis announced a “robust” weapons buying programme and a military modernization of the country. He said Greece will procure 18 French-made Rafale warplanes, four multipurpose frigates and four navy helicopters in a keynote address in Thessaloniki, while at the same time hiring 15,000 new troops and pouring money into the national weapons industry and cyberattack defence. It will also secure new anti-tank guns, navy torpedoes and air force missiles, he added. Following talks with French President Emmanuel Macron during this week’s Southern European leaders ‘ summit in Corsica, Mitsotakis is believed to have hammered out the plan. France has firmly helped both Greece and Cyprus in its ongoing confrontation with Turkey. Meanwhile, on Saturday, Turkish President Recep Tayyip Erdogan courted French criticism of Turkish maritime activities in the eastern Mediterranean as tensions between NATO allies continues to escalate.

Increased tensions and instability in further only going to benefit the adversaries who would like to see the transatlantic region divided. This political uncertainty also invites terrorism, disrupts the balance of power and entrants of new players in the region.