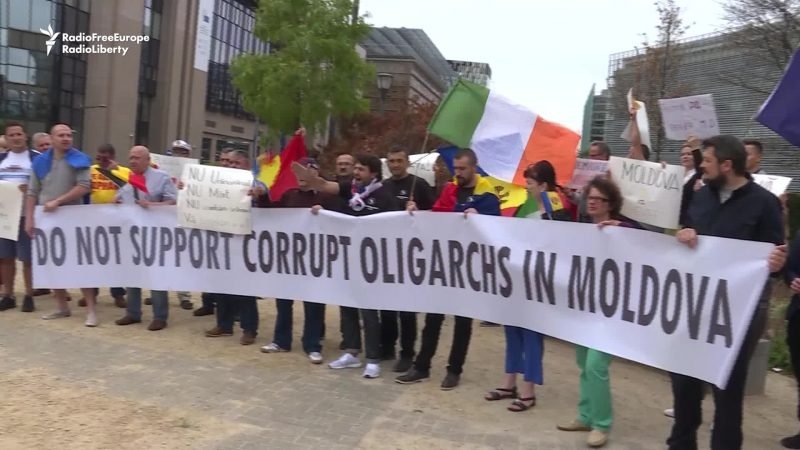 The small, impoverished, East European state has been in a turmoil since the elections were held in February 2019. Although, pro-EU and pro-Russian forces have been fighting for supremacy for a long time this landlocked country between Romania and Ukraine was having it’s worst time.

The Democratic Party used to run Moldova until February. Vladmir Plahotniuc an oligarch and a very controversial man chaired the party and governed Moldova as he was considered to be the powerhouse of Moldovan politics and controlled Moldova’s government and parliamentary majority.

In the February elections, three parties fared well and were at the top. The Socialists, followed by the Democratic Party and the ACUM electoral bloc held the top ranks after counting. As none of them had a majority, a period of 3 months were allotted for a coalition to turn up. Elite officials from Brussels, Moscow and Washington flew in as well for their visits.

The pro-Russian and pro-EU parties (PSRM-ACUM) surfaced the declaration of an alliance to block the Democratic Party from reclaiming power.

“The Democratic Party didn’t accept this. They were expecting they’d form a coalition with the Socialists — they were outraged and realised they were losing power.”

The European Parliament have been vocal on the concerns about the immense backsliding in relation to democratic standards “resulting in the Republic of Moldova being a state captured by oligarchic interests with a concentration of economic and political power in the hands of a small group of people.”

Pavel Filip, argued long enough, that the coalition had missed the government stipulated deadline to form a government. Therefore he issue a decree to dissolve parliament and called early elections for September 6.

The party reacted by “using the constitutional court to issue rulings in their favour,” temporarily stripping Dodon of his powers and putting the DPM’s Filip back in the role of president.

“The constitutional court in Moldova is very much under the political influence of the Democratic Party,”

Now, Moldova found itself in a new stalemate position. Parliament continues to convene and has voted for a set of anti-corruption reforms, while Plahotniuc’s parallel ruling government refuses to leave the office supported by the constitutional court.

A political crisis churned up and political dialogue was needed to stabilise the matters soon. The US and NATO urged both the sides to stop fighting. The Russian Federation also joined in a different way by welcoming the new formation. The European Union joined in as well, but took note and declared that Brussels is ready to work with the “democratically legitimate government “

The Socialists and the ACUM bloc leaders remained firm on their positions, as they played a heroic role by their lives and continuing their struggle to achieve a consensus and terminate the oligarchised parliamentary system.

The twist in the tale of twists

Now a twist appeared when on 9th June Igor Dodon’s presidency was declared null and void and Filip Pavel was appointed back as the acting one. As it was stated that the deadline for alliance was over and thus the Dodon-Sandu government was dissolved. The request was filed by none other than the then Democratic Party deputy.

The Dodon-Sandu coalition called this move illegal. The governments of a few countries like Russia, Germany, France Sweden and the United Kingdom recognised the Sandu Cabinet as the legitimate government.

“I have a message for the entire world. Moldova is finally free.”

In November, the government of Maia Sandu, the former education minister and advisor to the executive director at the world Bank, was voted out with No-confidence. Ion Chicu from the Party of Socialists in the Republic of Moldova was nominated and approved by the Parliament. Since then, the poorest country of Europe have never looked back. It is a great fortune that it has defiantly fought one of the toughest democratic turmoil in the history of Parliamentary democracy.

In the early 2020, the incumbent Prime Minister Ion Chicu commented on the gravity of the turmoil and it’s result at the end. To get rid of the oligarchs were the age-old hurdles Moldova have been facing over the years.

“The political drama is over in Moldova. Finally, the essential political institutions – the parliament, the presidency and the government – are working together to advance the public agenda and to deliver what has so often been promised but not realised: an overhaul of how the state understands its responsibility towards the people.”

Even though democracy is the best form of representing the masses, it also is the most vulnerable form of government because the confidence of the incumbency can run out of support anytime. As Europe or Euro-centric sentiments and forces have always been pro-democratic. Such an eruption in the history of European democratic paradigm was new and thus, have left a mark on contemporary politics.