Political Crisis in Kosovo: When the President fought with the Prime Minister in a democracy 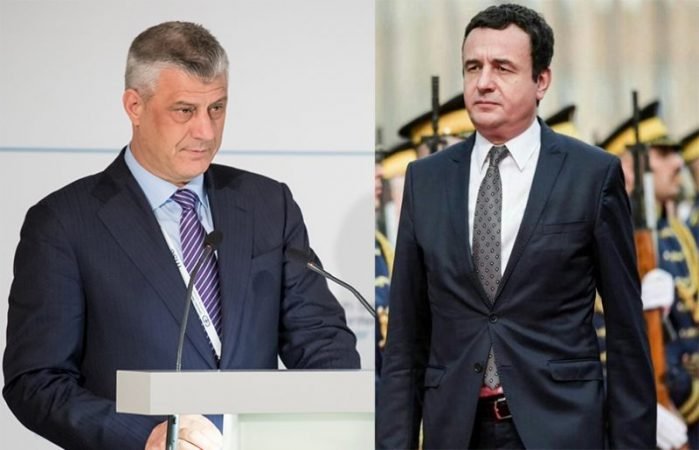 In the year 1999, an ethnic conflict erupted at the doorstep of Europe. Albanian fighters belonging to the Kosovar Liberation Army battled for a land of their own, then controlled by the Serbian government. Mr Milisovic reacted firmly resulting in mass graves and refugees. At the backdrop, there were allegations of atrocities committed by the ethnic Albanian fighters as well. After many attempts of the ceasefire, NATO started an intense bombing campaign against Serbian forces. The result was a handover of Kosovo to the UN administration. But the goal for a sovereign Kosovo wasn’t gone.

In 2008 Kosovo declared itself independent from Serbia and over a 100 countries recognized the new state of Kosovo. But Serbia however still claimed it’s former province as it’s own. Around every 12 Kosovar there’s a serb. In the northern part of the country the Serb community make upto 80% of the population. After years of efforts toward integration, Pristina still struggles to control Serb pre-dominated regions.

In 2018, the historic idea of a land swap for the first time was on the table of discussion. It simply meant, the preceptor valley in Southern Serbia where the population is mostly Albanian would be joining Kosovo, and Serbians regain the Serb area in the north of Kosovo. President Tachi was willing to take a step forward along with his Serbian counterpart, but that would have completely altered the Balkan territorial landscape. In 2020 elections, elected prime minister Kurti imposed restrictions on the movement of people of goods during the Coronavirus outbreak and vowed to fight terrorism and corruption.

A No-confidence motion was backed by the special envoy of the US in Kosovo. Without American approval overthrowing the Kosovar government could not have been possible and the motives for Washington were pretty straight for that brokering an historic agreement between Kosovo and Serbia would be a much needed foreign policy victory for the Trump administration especially for the run up of elections in 2020. The lawmakers and experts countered that a move like this will put forward this as an opportunity for the other ethnic groups in the region and, as a result would destabilize the region. An exchange of territory will inevitably mean an exchange of population as well, and such an act would aggravate the situation in the Balkans and renew ethnic violence. It can also trigger secessionist movements in the entire region.

How did Kurti’s cabinet suddenly fall?

President Tachi was a former guerrilla fighter who was at the head of a secessionist movement which solved the separation of Kosovo from the Yugoslavia and Serbia in the 1990s. So, due to the crackdown on terrorism and insurgencies President Tachi also collected some charges for still having ties with the groups and influential people as well as for having information about them and their functions. This led to a different kind of political crisis and backsliding of democracy, due to a conflict between the office of the President and the office of prime minister.

Ever since the fall of the Iron Curtain:

As there are no exceptions in International Law, the demand for a secessionist Movement may be the most probable outcome of such a land swap. This is because Land swap deals could destabilize the periphery. But by indulging in Kosovar domestic affairs and removing the democratically elected government, the US has let down its transatlantic friends. This automatically puts Kosovo’s sovereignty and independence in jeopardy. This might ruin the great bond and respect that Kosovo had for the US, since the NATO operations in Yugoslavia.

A lot of blame goes to Brussels due to its inaction in the Balkans. It has often lacked a coherent and unified policy for the Balkans leading to domestic political instability in numerous countries leading the rise of more authoritarian leaders resulting in more democratic backsliding. As the EU is losing ground, it could pave way for new and more powerful external influences like Russian, Turkish or even Chinese to say. The Balkans have long been a battlefield of great powers.