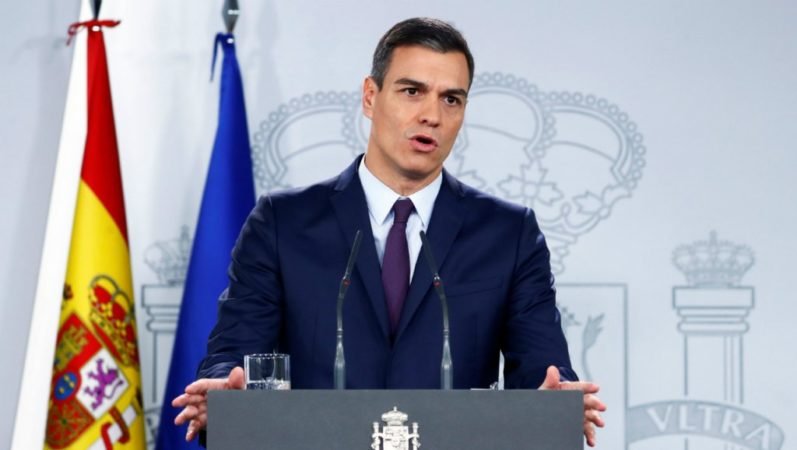 Spain’s third general election in four years is fast approaching. Voters will take to the polls on April 28 in a climate of unprecedented parliamentary polarisation and fragmentation. And while this is a national election, the question of Catalan independence looms large.

Throughout the lead-up to the election, Spanish parties have been divided into left and right-wing blocs based primarily on their views on the Catalan predicament. Economic and social issues seem to have taken a backseat while candidates seek to present a solution to the impasse created by the Catalan government’s unsuccessful attempt at declaring independence in 2017.

On the left, the mainstream socialists (PSOE) and new challenger Podemos advocate trying to negotiate with the Catalan government. On the right, the traditional conservatives (PP), new challenger Ciudadanos (Citizens) and far-right Vox want to clamp down harder on the secessionists by re-centralising power.

This left-right division was cemented when Albert Rivera, the leader of Ciudadanos, boldly ruled out any post-election alliances between his party and the PSOE. He opposed the latter’s apparent willingness to engage with the Catalan pro-independence parties.

While Ciudadanos was initially founded in Catalonia itself in 2006 to oppose Catalan nationalism, it also attempted to occupy a liberal-centrist space when it later branched out to national politics. Following the 2015 elections, the PSOE and Ciudadanos tried to form an alternative government to the PP – although they ultimately failed because they didn’t have the numbers.

For Ciudadanos to rule out collaboration with the PSOE this time around is a definite step away from the centre and towards the right-wing camp. It is also a daring move, considering that some polls show a PSOE-Ciudadanos coalition might be the only viable government.

Understanding the division into blocs over the Catalan question requires an insight into the longstanding political cleavages and nature of the party system in Spain.

The traditional left has long been associated with pro-decentralisation attitudes while the right has a stronger ideological inclination towards centralisation. But it is rare to see the Catalan question become quite such a defining issue in their divide. This new phenomenon has only gradually crystallised under the short period of socialist government from June 2018 and is due to a shift in party alliances and governance arrangements.

Between 1982 and 2015, either the PP or PSOE had always easily formed a government after every election. Even when they fell short of an absolute majority of seats, they would always be able to form a functioning minority government by striking deals with regionally based nationalist parties with representation in the Spanish parliament. This involved securing those parties’ support in parliament in return for the devolution of further powers or other quid pro quos for the region.

The 2015 election brought this system to the brink. Because challenger parties were emerging and taking votes from the old guard, the winning party (this time, the PP) failed to secure enough seats to govern even with the support of regional parties. Not only that, but the rise of the pro-independence movement in Catalonia made the Catalan parties with seats in the Spanish parliament far less likely to collaborate with national parties.

Another election swiftly followed in 2016. The PP finally managed to form a government – albeit a very weak one – without the need for the support of the Catalan pro-independence parties. But this all changed when conservative prime minister Mariano Rajoy was ousted in a no-confidence vote. The PSOE, under Pedro Sánchez, formed a new government in June 2018.

With only 85 seats out of 350 in the Spanish parliament, the PSOE needed the support not only of Podemos but also of the full array of regionally based parties, including the Catalan pro-independence ones. The PSOE wanted to reduce tensions with dialogue, but ultimately failed to commit in a way that satisfied the parties holding up its government. As a result, it found itself unable to pass its 2019 budget and was forced to call early elections.

By then, the left-right divide in statewide politics over how to address the Catalan question was already entrenched. Ciudadanos had moved definitively to the right-wing camp as an opposition tactic, joining the PP in its criticism of the PSOE’s willingness to negotiate with pro-independence Catalan politicians.

The regional elections held in December 2018 in Andalusia have been seen as a possible precursor of the general election outcome. Fought on national rather than purely regional issues, those elections not only saw the rise of Vox, but also the establishment of a post-electoral alliance between the PP, Ciudadanos and Vox. This put the PSOE into opposition for the first time in the region.

Whether or not the three right-wing parties will be able to combine to secure an absolute majority, however, is far from certain. With the PSOE gaining in most polls, a more likely alternative looks to be a repeat of some combination of the PSOE, Podemos and regionally based parties. Whether the electoral maths is viable may well depend on whether they need Catalan parties to support them or if they can get by with the support of other regional parties from the Basque Country and the Canary Islands.

Another option might still be a formal or informal coalition between the PSOE and Ciudadanos. While this would require a volte-face from Ciudadanos, it would not be impossible if the PSOE toughens its discourse on Catalonia again. Ciudadanos would not budge, but Sánchez is known for shifting tone or strategy depending on which party he needs to attract.

Either way, another weak, unstable government currently appears the most likely outcome. In this new context, Spanish parties need to become more open to coalition-building than in the past.

Caroline Gray is a Lecturer in Politics and Spanish, Aston University, She wrote this originally for The Conversation