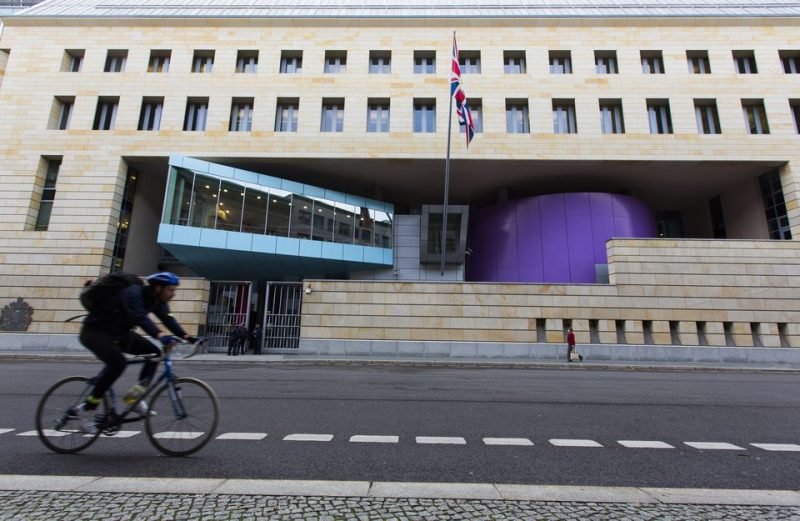 A British man who worked in the British embassy in Berlin has been charged with offences under the Official Secrets Act related to passing on information useful to Russia, London police said.

David Ballantyne Smith, 57, who was living in Potsdam, Germany and was employed as a security guard at the embassy, was extradited to Britain from Germany on Wednesday following his arrest by German police in August 2021, the police said.

He is accused of collecting information from the embassy with the intention of passing it to a foreign state, Britain’s Crown Prosecution Service (CPS) said.

Nick Price, head of counter terrorism at the CPS, said Smith had been charged with nine offences.

Smith is due to appear at Westminster Magistrates’ Court in London on Thursday, the police said.