How the European Union will vote and why it matters 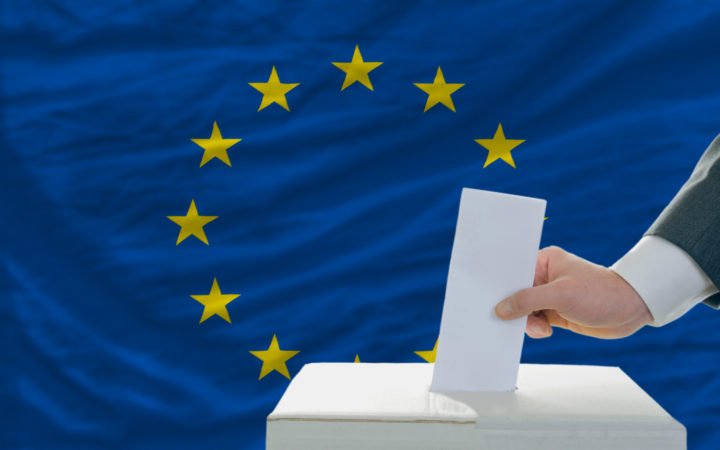 A poll for the EU Parliament explained that the unexp[ected last-minute participation by Britain, in next month’s poll for the European Union’s legislature means eurosceptic groups will gain ground but pro-EU parties will keep a majority.

Around 400 million people in the European Union’s 28 member states can vote between May 23 to 26 — including nearly 50 million British nationals, who were due to leave the bloc in March. Their votes for 73 lawmakers who may have to quit within weeks has upset some calculations among Europeans following a delay to Brexit agreed last week.

By proportionate representation, Europeans will elect 751 members to the European Parliament, which divides its time between Brussels and Strasbourg. Varying from small Malta with six seats to Germany with 96, in their five years, the MEPs will check and amend laws proposed by the European Commission, subject to approval by national governments in the European Union Council.

Why it’s important for Europeans

Campaign issues vary from spending — through the EU budget is equal to just 1 percent of member states’ gross domestic product — to climate change and labour rights. But some who want the EU broken up see it as a Brexit-style referendum on the EU’s very endurance, pitting advocates of historic, ethnic-based nations against the notion of pooling sovereignty to preserve Europe’s values and wealth, in a world of accelerating authoritarian powers and global corporations.

Caught-up in this centre-versus-states debate are refugees. Nationalists blame the EU for a wave in arrivals in 2015. Federalists say only cooperation among members can control migration.

Heads of some East European states such as Poland and Hungary slam Brussels over migrants and its criticisms that they are weakening EU rules on democracy in Warsaw and Budapest; some western states speak of cutting their EU subsidies in retaliation.

The election in Britain is considered a new referendum on Brexit by some, one that could support block withdrawal — or expedite it.

Political Parties in the European Union?

Both, Yes and No. Eight party groups sit in the chamber. The centre-right European People’s Party (EPP) has 29 percent and assures an establishment majority by often cooperating with the centre-left Socialists and Democrats (S&D — 25 percent) and ALDE liberals (9 percent). Two right-wing, anti-EU associations led by Britain’s UKIP and France’s National Rally share 10 percent.

But all the groups are unruly, and EU elections are mainly contested by national parties on issues familiar to European voters.

Some EU officials believe it might be better to delay appointing key post-election appointments until after British MEPs leave, to avoid accusations parliament’s rulings will lack legitimacy.

The British vote will support eurosceptics, socialists and Greens but hurt the EPP, which has no members in Britain since the ruling Conservatives quit the association to form their own bloc.

By involving, Britain has forced the EU to postpone the redistribution of 27 of its 73 seats to other countries. France, for instance, will elect 79 MEPs, five more than it has now, but five of them will not be able to take up their seats until after Britain leaves and Parliament shortens by 46 members to 705.

Not exactly. Well, maybe. Parliament’s leaders maintain they are the heart of European democracy. National leaders scoff at the 43 percent turnout in the 2014 European elections. In practice, states wield the most power and little happens that prominent countries dislike.

The EU executive Commission is headed by Jean-Claude Juncker of Luxembourg. A historic struggle of power between Parliament and Council will get an airing in the election. Parliament has pledged to press the Council to nominate as Juncker’s successor a lead candidate from a winning party in the vote. Leaders such as French President Emmanuel Macron say they won’t be restricted by that. Parliament could reject the Council’s Commission nominee.

Is it complicated? Well, yes

It’s complicated. But the polling and lead candidate confusion is part of horse-trading among states to get compatriots or allies into top positions, not merely in the Commission and Council but also in the European Central Bank.

France and Germany, the two biggest states, have the most clout, but even the smallest can play. Juncker is the third EU executive from tiny Luxembourg.

What elections will change?

A push by eurosceptics could mean a larger, more cohesive minority to disrupt EU legislation. But EU optimists also say a campaign that grabs more people’s attention could reinvigorate post-Brexit efforts to pull the European Union together.

Polls suggest the far right could boost its share but probably not enough to sound the death knell of the EU. It seems doubtful that either camp, for or against closer integration in Europe, can land a knockout blow