How Colonialism and Imperialism Paved the path for European Growth 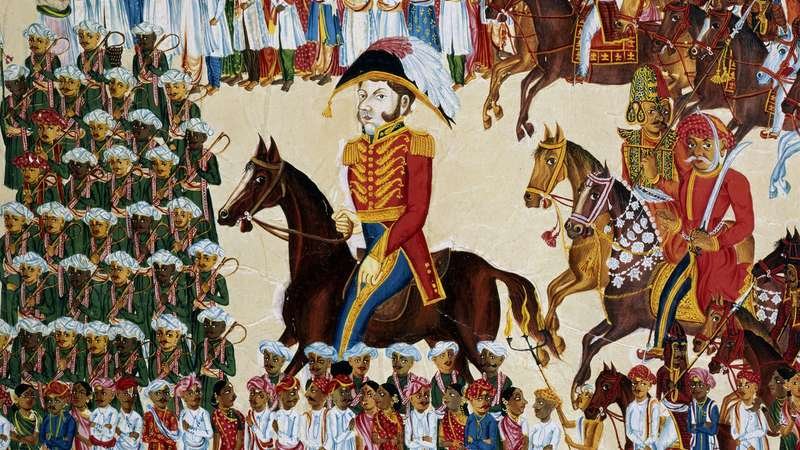 Colonisation began with the discovery of distant lands. Spaniards and Portuguese undertook the voyage which brought them in intimate contact with the native population of the upcoming colonies. The natives were used by the explorers for the latter’s subjective gains and selfish interest as objects. The lands found out were looted for multiple natural resources they enclosed which were valuable in Europe,  would churn out the revenue for them and is easy to generate “wealth”.  This expedition which began with Spain and Portuguese inspired other European countries to combat for their custody of numerous regions and in this never-ending cycle of conquest and capture the one who lost clearly were the natives who were unarmed to even give a comparable fight of resistance to Europeans. Before we commence to discern how colonialism and imperialism unravelled its devastating chains it is crucial to understand the significance of what these terms indicated. Colonialism and imperialism both meant the subjugation and suppression of others. Both these terms are used synonymously but have a distinction while the former means the implementation of those ideas which the latter creates so this, in turn, indicates that colonialism is an established form of imperialism. Imperialism implies the domination of one nation (in the modern sense) by the other through the usage of power I.e. military prowess. Colonialism, on the other hand, denotes the conquest of the territory by the power and subsequently setting up of colonies for the material and political gains by the colonizers.

We will now move to the question that is raised here in the title that how did colonialism and imperialism pave the path for European growth and advancement? In the 14th and 15th  century began the discovery of the new lands which was going to pull the world in the race of acquiring more wealth through the means of subjugating the colonies and denying them the rights in their own territory of the settlement. The vast chunk of land from the new world to the Asian landmass was discovered. The new world colonies were famous for the plantation economy and the unimaginable gold and silver wealth which flowed into Spain. The African land existed only for the provision of gold and other rich resources to quench the thirst of colonizers.  The African slaves were chained and packed in the vessels as they were providing the cheap source of labours in American colonies of the colonizers. The worst form of the trade was the slave trade which contributed towards the corruption of the moral conscience of the “powerful”. Anything including humans if it meant for any profit for the colonizers was appropriated and sold for the zero-sum game of the wealth acquisition. Spain began to face inflation in its economy which terminated to function effectively as the inflow of bullion from the new world meant more money in circulation leading to soaring prices. The failure of Spain in the creation of an institution for the money and credits blew up the economy into a downturn from which the recovery was unthinkable. Taking the advantage of this situation Dutch and Britain became powerful through cautious and effective use of money in the investment purposes which led to long term returns to them. However, Dutch, Britain, and France also forged ahead obeying the path of colonisation to amass wealth for its growth and prosperity. The rivalries between these contending powers (Dutch, French, and England) led to full-fledged wars which led to drain off resources justified by the greed of wealth and becoming more powerful. The nations were moving with the ideology that there was limited wealth on this earth and only one of them who will emerge victoriously will be able to rationalize its claims over it.

The other side of the story is pathetic, miserable and horrendous which is of colonies. The colonies not only suffered from the drain of wealth but also dealt with the exploitation given to them as a charity by the powerful colonizers. The American colonies meant hell for the African slaves and native Americans who toiled themselves in the work of the plantation. These commercial crops which were the hard work of the slaves were appropriate and sold at higher prices by the colonizer to gain profit out of it much needed for satisfying their appetite for greed. The African slaves not just faced racial discrimination but were also meted out with severe forms of violence which stood unbearable for them. This dark side of the colonies presented the good face in European columnists who said that they were bringing the positive transformation with them which would civilize the colonies. The reality is that the mighty colonizers were looking at the rationales for the justification of their control and subjugation. The mirror image of the civilization which they brought with themselves was actually a way to robe the colonies of the resources and built an empire for them which is “wealthy” and progressive. By the 18th century, a frantic race to colonize more and more colonies was a normalised under the garb of “white man’s burden” to civilise the non-whites. With time colonizers culture and demeanour were held as exalted, something which symbolises modernity and is far away from the barbaric way of living life. With the unequal treaties signed by Britain with China, the latter territories were forced open by the former for the free trade to operate. Colonizers no doubt forced open the economy of the colonies and dumped the manufactured goods in their established satellite economy.

Mercantilism was an economic philosophy having the capability to imprison within its bounds the “divine cult of Nationalism”. Mercantilism in a lucid way can be defined as a policy whereby the nation endeavours to bolster its percentage of exports and shrink the number of imports. This is done to rectify the hardship of Unfavourable Balance of trade. The absolutist Regime of the 16th Century in the Western European countries was intending for evolving as a rich nation of the globe. The transition of the power from Spain steered to a full-fledged competition between the Dutch, France, and England. The policies in these nations were formulated in agreement to uphold a positive balance of trade. The policies include delivering subsidies to the domestic industries to thrive in the market, intensifying both tariff and non-tariff barriers to deter the imports, and establishment of colonies to gain access to the export market among many others. The Navigation act of England and the Colbert- ism are some of the distinguished highlights of Mercantilist policies pursued by these nations. One of the devastating aftermaths was the establishment of colonies. The mercantilist policies were epitomizing their ingrained appetite to become the prosperous nation. The colonies performed as the satellite economies for the Europeans where they can dump the goods and convince their voracious desires. The battle of colonies for liberation speaks for itself.

Along with the ailing economy colonizers also left the deep psychological impact of the colonies where the native people experienced varied forms of violence and eliminated in their own space. The powerful forces ravaged the lives of the natives and left them helpless. This inhumane face of the colonisation and imperialism is to be criticised for the damages it did to the colonies for its own material gains.

The issue of great divergence is raised time and again In history and has engaged scholars from all backgrounds to look for the answers to it. Why did Europe grow rich leaving behind others? This question is addressed in various strands where one set continue to argue that European had that stimulation for growth and it comes from the euro-centric scholars who believe that Europe had the potential to advance forward in the race of modernisation. The other set of scholars say that every part of the world develops in its own context and it need not be compared with Europe and has to be looked away from the euro-centric perspective. They also argue that it was because Europe had colonies which led them towards looting of that resource not available in their own territory and subsequently accumulating the “wealth” for themselves through strategically depriving colonies. The other areas in the world refrained from establishing colonies as Europe did which led to the latter’s success towards the pathway of growth as we define it today.

While concluding we need to see the trajectory we have followed. When we are talking about European success and growth we also need to see on what terms and aftermath that growth was brought. Does growth mean only in terms of economy, materialism and successful political subjugation? If we broaden our perspective and see beyond this also considering what this meant for colonies we can deconstruct the growth as we see it today for Europe. Colonisation definably brought havoc and psychological trauma for the natives with which they were left to deal with independently. We should also question ourselves before making a judgement about “how progressive” one become as we need to look at the aftermath it brought about before concluding the argument. Also, it is pivotal to not look at Europe as a homogenous entity rather than look them as those heterogeneous units which took the pathway towards the self-chosen “growth” through the establishment of colonies. The modern world as we see today is not aloof from all these and can very well be seen in the international policies of the nations who try to subdue some other nations for the profit motive. What is necessary for us today is to look at these variables developing around us and question them as and when we get the opportunity so that history doesn’t repeat itself and if it does we have adequate lessons from the past to deal with it.