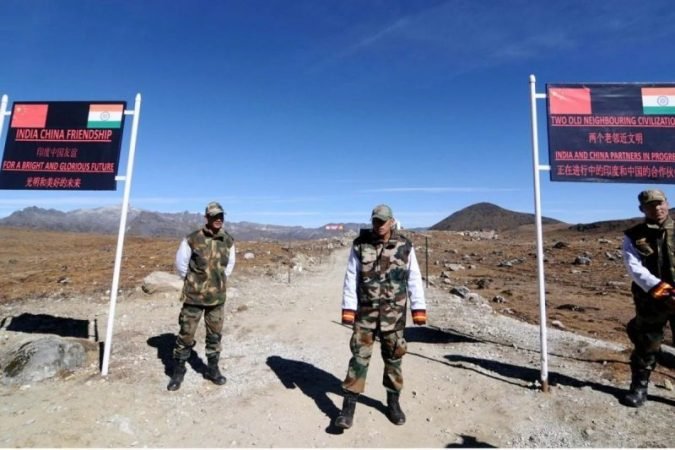 Every time it seems that the India-China border tussle has smoothened out and the situation is getting under control with both sides mutually involved in maintaining peace, something pops up rejecting our hypothesis. This stand-off at the Ladakh border that has been going on for a few months now since May has ceased to improve with defence experts even predicting a possibility of a devastating war. Both the countries have a huge military force along with them being full nuclear powers. They not just have an enormous economic stake but also an enormous civilian stake, with more than 60 percent population of the world confining within the borders of India and China. Their geographical proximity is another threat that strengthens the potential war damage. Though diplomatic channels have been very active in discussing the issue, any tangible outcome is far from being achieved. Worse off, China has repeatedly broken the status quo despite its commitments made in the talks. When China does not wish to play by the books, what option does it leave for India?

Coercive diplomacy is simply a strategy that uses assertion and threats for the purpose of achieving political objectives and obtains compliance. It is mainly practised with the use of military threats, especially nuclear weapons and wars but sometimes even economic threats, where the adversary has the capacity of initiating organised violence but chooses not to exercise it if the other side surrenders to its demands. Usually, a threat of such magnitude is considered enough to achieve the set target. This was a trump card strategy for the Chinese under Xi Jinping to get its way through forcefully annexing disputed territories, implement its agenda and dominate in every sphere of the world today. The border stand-off with India can also be connected to this; India’s growing proximity to the United States, its increased construction and deployment activities near the LAC and its growing power among the world multi-lateral forums have irked China. And in an attempt to threaten India and its growing political ambitions, a potential military threat was put in place. “Don’t dare to fight with the mighty” was the tonality with which the Chinese have been operating in these months. In reminiscence of the 1962 war between India and China, which lasted for about 11 days, India was brutally defeated by the Chinese forces and was left somewhat humiliated in defeat. But not everything that had worked earlier would necessarily work even today. And that is being proved constantly by the Indian Military forces, who have all these months since the stand-off have shown sheer confidence and put up a tough fight against the Chinese, which left them astonished.

India has always been a friendly and resilient country, but that cannot be mistaken for malleability. India has always stood up for itself against countries trying to destroy it; from Pakistan to Russia to the United States during the cold war and now to China; it has never conceded. And that confidence comes with its ability to use coercive diplomacy to keep itself protected from outside threats. Being a responsible nuclear power, it has never used the threat of a nuclear war to get other countries in line. The threat of nuclear proliferation is real with Iran, North Korea, Iran, the United States and even Pakistan claiming to use them if needed to make the other side comply with them. But the form of coercive diplomacy used by India is unique and effective in its own way, which goes much beyond shallow nuclear threats escalation. It is much more defensive and yet on point to achieve the desired outcome. As long as other countries maintain the status quo, India would do too. But the moment there is a violation observed, it retaliates as strongly as it could.

This counter-intuitive form of Coercive diplomacy, where India is more responsive than proactive, works very effectively for it. This only increased with the Modi government settling in and making sure that the “threat of war” is real if Pakistan continues to endorse its terror activities. For those who argue that India is not strong enough to take action against Pakistan have been arguing rightly so. But not anymore. When Pakistan itself believed that the threat of war from the Indian side wasn’t real, there was no real stake to deter terror activities. But thanks to the surgical strikes, which targeted a specific area of the Pakistani terror establishments, not only did it help it in retaliating strongly when Pakistan after the Pathankot attack, but also worked quite well in sidelining Pakistan internationally for harbouring terror activities on its soil. It somewhat deterred further terror attacks in India as well.

Will Coercive Diplomacy work against China

Strategic wisdom points out that the possibility of war is real with China. The only way to fight Chinese coercion is to first accept that it exists. Living in a denial mode, just to reflect the confidence that China would never dare to declare war and even if it does, India will handle it, is a counter-productive bubble to live in. Sure, India is completely capable to take on China, but without a proper strategy and substantial work in place, it can easily slip out another victory to China in the event of a war. And this is where a form of Coercive diplomacy comes into the picture. When a side thinks that it is strong enough to make the possibility of nuclear war seem real, such a diplomatic tactic is usually successful. And that is what has always run within the Chinese government. But India’s resilience came across as an unpleasant surprise and the strength which is displayed by border forces only gives power to India’s stand of not conceding. The brinkmanship of Chinese power isn’t working anymore and is making them desperate. The recent military manoeuvres in Pangong Lake despite standard talks going on simultaneously, capture this restlessness on their part. Contrary to their belief, they are not the stronger military power anymore. And as far as India is concerned, a coercive diplomatic stand has helped it all this way and for it to work further, the threat of war from its side should be real; As real that even Indians believe it at face value.