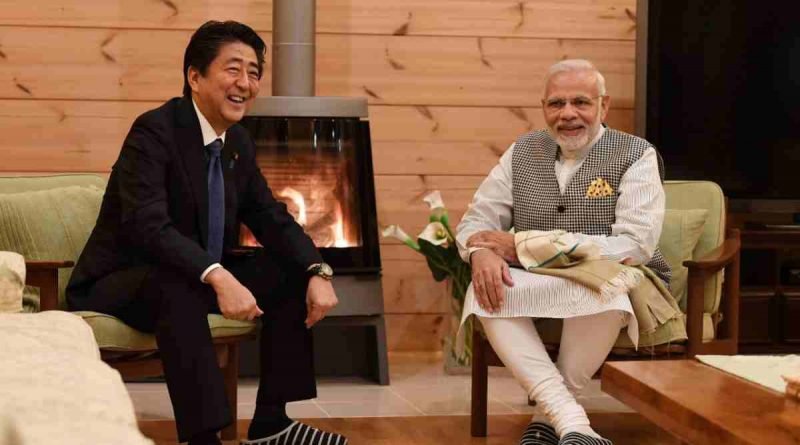 Japanese Prime Minister Shinzo PM Abe announced his resignation from office last Friday due to severe underlying health conditions. But he says he’ll stay on until a successor is named.

Shinzo PM Abe belongs to a powerful political dynasty that already produced two powerful PM before him. He became the longest-serving PM in Japan after breaking the record of his uncle and Japan’s former PM, Eisaku Sato. He became the youngest PM in japan after WW2. He has earned himself a reputation of a strong leader who was ready to bulldoze through controversial policies.

PM Abe has been a firm conservative politician and known for his nationalistic policies. These policies tried to bend toward Japan’s revisionist history. He never failed to publicly contend Japan’s colonial history and particularly its role of wartime sexual exploiter, violence, and slavery of comfort women in Korea and elsewhere in the east and southeast Asia. Japan under PM Abe never failed to apologize for the cruelty committed by colonial Japan and the entire world patted on his back for his modesty. These views have been visible in PM Abe ’s domestic and foreign policy decisions during much of his tenure since he became PM in 2012.  Abe is the epitome of the generation of leadership.

PM Abe’s first term as PM ended quite abruptly. He resigned within a year due to severe health issues. After this resignation in 2007, he was re-elected in 2012. Since then, he has been a dominant face in Japanese politics, winning a landslide third term in 2017 and fourth in 2019. His present term was set to end in September 2021. But unfortunately, his ailments didn’t let him complete his tenure.

Shinzo PM Abe has been India’s close friend. He joined hands with India on global platforms. During the Doklam crisis and the recent standoff at LAC, Japan has criticised China for changing the status quo. It all started back in 1957 when Japan’s then Prime Minister and Shinzo PM Abe’s grandfather, Nobosuke Kishi visited India. He was enamoured by the humility of PM Jawaharlal Nehru. Nobusuke was a leader of a defeated nation of World War 2. He narrated this episode to his young grandson, Shinzo PM Abe. Years after, PM Abe cherished and recalled this episode before Indian parliaments in new Delhi in 2007 where he quoted “Prime Minister Nehru brought my grandfather to an outdoor civic reception at which tens of thousands of people have gathered, introducing him to the crowd energetically saying, ‘This is the PM of Japan, a country I hold in the greatest esteem’. This is the story I heard as a young boy from my grandfather. As a leader of a defeated nation, he must have felt much delighted.” This is where PM Abe established an initial connection and fostered deeper ties with India.

He placed Indo Japan relations on a strong and stable footings. His leadership not just built strong strategic ties with India but also enabled India to join the club of major democratic powers in Indo pacific. Japan initiated the Quadrilateral dialogue between USA Australia and India in 2007. PM Abe pitched QAUD as an effective alliance to counter China’s aggression in the region. He laid the foundation of the concept of Indo Pacific as the ‘dynamic coupling as seas of freedom and prosperity’ in broader Asia. He articulated the need to look at India and the Pacific Ocean as one entity, ‘confluence of the two seas’ as he nicknamed it.  He articulated a larger regional response to evolving realities of the time, China’s expansion, and ever-mounting pressure from North Korea under Kim Jon Un. His vision around the region shaped not only Japan’s but India’s foreign policy. His contribution to the strategic posture in the region cannot be underestimated. In 2014, PM Abe began focusing on building relations, between Japan and ASEAN India, and Australia. The Indo Pacific region used to be an extremely sensitive zone, where Shinzo PM Abe has managed to emerge as a prominent player over the years. He wanted to have a more relaxed military posture and robust security reform amidst the fumbling security landscape of East Asia. Japan’s ties have matured, expanded, strengthened, and diversified significantly in past decades.

After PM Modi’s pompous victory in 2014, the Indo- Japan relations have flourished than ever before. He found an ally in PM Modi.  During his second tenure, he visited India thrice in 2014, 2015, and 2017. In 2014, PM Abe was the first Japanese PM to attend the republic day parade in India as the chief guest. His visit to PM Modi’s constituency Varanasi to witness Ganga Aarti stole the show. PM Shinzo called India, ‘its most dependable friend’ and Modi called him the cornerstone stone of India’s ACT EAST Policy. Two leaders have worked extensively on 6 factors; economic relations, nuclear energy, connectivity, maritime security regional issues, and defence and security. Japan has provided aid to India in building Digital Infrastructure to cyberspace. It is the third-largest source of FDI to India after Mauritius and Singapore.

Both sides signed several MOUs and bilateral agreements in the following years. India signed an agreement with Japan to build its first bullet train under Mumbai- Ahmedabad high-speed rail corridor. We chose only japan because its Shinkansen system has a glorious safety record. Not a single accident has taken place in the last 53 years since it came into operation. During PM modii’s visit to Japan, 10 MOUs were signed and in 2018, 32 were signed during Japan Indo annual summit. Direct investment from Japan to India has gone up from 2 billion dollars in 2014 to well more than 3.5 billion dollars in 2018. The two countries have expanded military cooperation. The two countries are supposed to hold a virtual summit next month where to sign a key military logistics pact. This was delayed after India cancelled a summit in Guwahati during the anti CAA riots.

PM Abe oversaw Japan’s recovery from the earthquake, Tsunami, and a nuclear disaster. He is a very practical and pragmatic leader. Under him, Japan made defence expenditure a priority, taking it up from as low as 1% to 13% of its overall GDP. Shinzo Abe steered Japan’s defence strategy in a radical new direction, he pledged to revise Japan’s pacifist post-WW2 constitution to counter changing security threats to the nation as he is sought to wipe out newly assertive china making incursions into Japanese waters and expanding its territories in South China sea. Abe’s military reforms and containment diplomacy has upset China, its largest trading partner. He sought to find a balance between combating and cooperating with china despite his radical security ambitions. Abe tried hard to improve the deteriorating relations with China. Another major accomplishment to be noted is working with Donald Trump. Leaders across the world struggle to understand President Trump. Abe was also struggling to write the charter imposed by the victorious American occupiers after the Second world war.  Abe’s tenure was much cheered for his celebrated “Abenomics’ that focussed on Japan’s economic revival. However, Abenomics has lots of issues to be catered to. Abe was successful in monetary policy and monetarism; however fiscal consolidation and structural reforms are yet to be worked upon. Experts believe that there won’t be any major change in Abenomics but whether Abenomics will continue without Abe, still resides in the lapse of the future.

Abe resignation came at a time when Japan faces many challenges as of coronavirus pandemic, a stagnant economy, and the postponed 2020 Tokyo Olympics which they are hoping could go ahead in next summer. With Abe set to resign, the future of Japan’s relations with the countries in the region also becomes an open question. His retirement is set to create a gap on the international stage where he has been applauded for so long. His successors would have to take cognizance of these multiple factors. There are lots of ‘ifs’ and ‘buts’. But now the momentum is set for Indo Japan relations. Whosoever will be his successor, would take this legacy forward. Whosoever be the next to take hold, both the parties would have to strive to take PM Abe’s legacy forward.  New Delhi has cherished Abe’s courtesy and will dearly miss him forever. New Delhi now waits for his successor-who, as a south block official said, ‘will have big shoes to fill’.