Pranab Mukherjee: The legacy he left behind for Indian Diplomacy 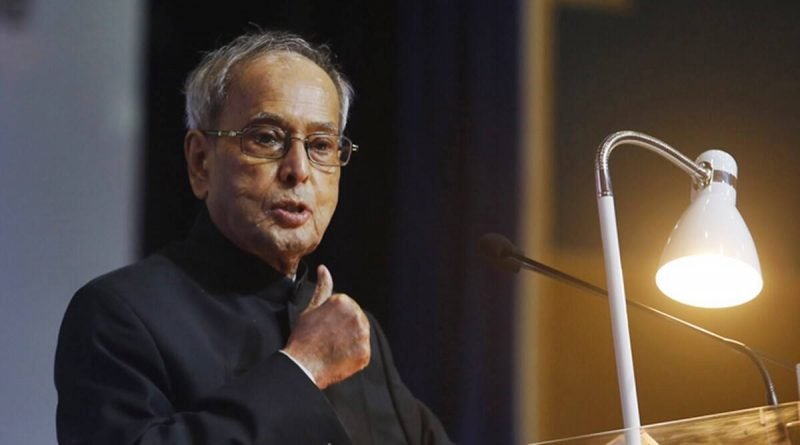 On the 31st of August, India lost one of its most iconic father figures who served India even till his last breath. The late former President of India, Pranab Mukharjee passed away due to a lung infection at the age of 84, just 3 years after completing his term of Presidency. Millions of tweets poured in from everyone sharing condolences and saddened due to the demise of one of the greatest Presidents India has ever had. People remember him as India’s President and rightly so because of his achievements as the President. But what is left out is his work for India and its foreign policy.

Being a staunch economist himself, he has selflessly worked in various government departments including the commerce ministry, Defence Ministry, Finance Ministry, the External Affairs Ministry and the latest as India’s 13th President throughout the span of 60 years in his career. Under him, India and its ties with various countries strengthened and took a new shape that has helped India strategically even today. One of the smartest diplomats, he was great at making calculated decisions promptly in difficult situations and had a big hand in framing a substantial part of India’s foreign policy. One of the biggest achievements of his diplomatic career in the MEA was India being made a “Full dialogue partner” under ASEAN IN 1995, under the “Look East Policy” of India. Moreover, again in his term in 2006, he was actively involved in the Civil Nuclear Deal negotiations with the United States as well as the dealings of Nuclear Suppliers Group (NSG), which helped India to participate in the Civil Nuclear Trade in spite of not having signed the nuclear non-proliferation treaty. His way of conducting bilateral and multilateral talks was extremely unique in the sense that in spite of disagreements, talks never broke down and always resulted in some form of a fruitful outcome. This was the turning point in India-US bilateral relations which today has come very usefully for India. The legacy left by him as one of the most prudent External Affairs Minister also included the fight against Pakistan after the Bombay attacks in 2008. He played a crucial role in mobilising the world opinion against Pakistan and making strong alliances diplomatically with other countries to fight against Pakistan.

A person who looked for precision and detail in every aspect of India’s foreign policy, he has always been at the forefront of making tactical and well thought foreign policy decisions that have only benefitted India in the long run. He does come across as a soft, humble and congenial human being, but is not afraid to take a tough stand when required, even if he is faced with internal backlash. His personal ties with Bangladesh, with his wife being a Bangladeshi immigrant, him looking after the family of Sheikh Hasina after her father’s assassination and his frequent visits to Dhaka has together been a stellar contributor to the close ties with Bangladesh that India shares today. Moreover, the former President had a huge part to play in establishing the multi-party rule in Nepal, which has helped it maintain a healthy and successful democracy. His role in correcting the situation in Sri Lanka after the anti-India riots broke out in 2008 is also an indicator of his sheer determination and will to make India a friendly country to the world.

As the President of India

A quintessential Politian and a powerful leader, Pranab Mukharjee was appointed as the President in 2012 by the UPA. He had always been a key consultant of the UPA regime in important policy matters due to his experience and foresight. Having held key portfolios in the government, he has been a successful President. His political career began when Indira Gandhi handpicked him to serve in her government and since then, his career has only grown so much. Hs has been asked for advice regularly, especially on foreign affairs by the Modi Government. He has been on frequent trips to various parts of the world, essentially improving India’s presence in the world forums, working alongside the Prime Minister. As he always said, “I wanted to be a teacher, but life brought me to politics.” Even if there was a change of plan, India has been lucky enough to have a Bharat Ratna Awardee as its President and thankful to him for leaving a legacy that will be remembered by posterity.