Is Indo-US alliance the need of the hour? 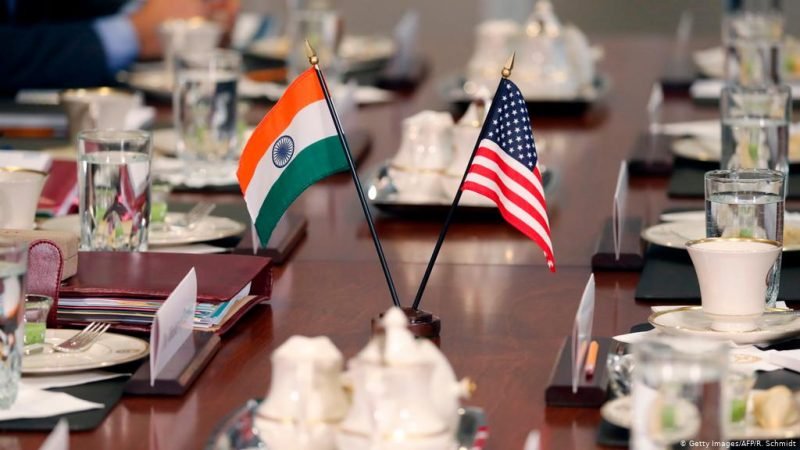 Since late-June India and China have been in a major military standoff along the Line of Actual Control (LAC) in Ladakh region and the Galwan Valley area. While the Chinese military has pulled back from the Galwan Valley and certain other friction points, yet the withdrawal of troops has not taken place in Pangong Tso, Depsang and a couple of other areas in the Ladakh region. The tension between the two sides particularly escalated after the violent skirmish in Galwan Valley on June 15, 2020, in which 20 Indian Army soldiers were killed.

Following the incident, the Army has sent thousands of additional troops to forward locations along the border. The IAF has also moved air defence systems as well as a sizeable number of its frontline combat jets and attack helicopters to several key airbases.

On Saturday, Defence Minister Rajnath Singh reviewed the overall security scenario in eastern Ladakh and it was decided that India will not reduce the number of troops deployed at LAC amid the ongoing border issues in eastern Ladakh. The meeting was attended by National Security Advisor Ajit Doval, Chief of Defence Staff Gen Bipin Rawat, Army Chief Gen MM Naravane, Navy Chief Admiral Karambir Singh and Air Chief Marshal RKS Bhadauria. This decision has clearly spelt out India’s intention of not letting its guard down in the region.

India has been demanding status quo ante — of troops on both sides returning to locations before the standoff; however, military and diplomatic talks on resolving the issue have not made much headway. General Bipin Rawat has recently stated publicly that India has “military options” available but said that these would be used only if talks fail.

It seems highly unlikely that India will adopt this strategy of using its “military options”. India’s best bet to counter this aggression by the Chinese is to strengthen its defence ties with the US. Taking China head-on is not a sensible option due to the gap between Sino and Indian military and economic capabilities. The administration in Washington also seems sympathetic to Indian concerns, with US Secretary of State Michael R Pompeo stating that he had spoken to External Affairs minister S. Jaishankar a “number of times” in early July. He further went on to say that, “The world shouldn’t allow this bullying to take place, nor should it be permitted to continue,” to reporters in Washington D.C. with regards to China’s territorial disputes with a number of its neighbours.

New Delhi and Washington will be holding their first virtual 2+2 format dialogue between foreign and defence ministries in September, as reported by ThePrint. This round of the 2+2 talks will be led by External Affairs Minister S. Jaishankar and Defence Minister Rajnath Singh from the Indian side, while the US will be represented by Secretary of State Mike Pompeo and Defence Secretary Mark Esper. The LAC tensions are expected to feature prominently in these talks, with both sides coordinating to bring in momentum in their defence partnership with a sense of urgency.

India and the US have already signed some of the key US foundational pacts — Logistics Exchange Memorandum of Agreement (LEMOA) and Communications Compatibility and Security Agreement (COMCASA) — to deepen defence and strategic ties. The final piece of these foundational defence agreements that the two sides are yet to sign is the Basic Exchange and Cooperation Agreement (BECA) which will allow the United States to share satellite and other sensor data with India in order to improve the Indian military’s targeting and navigation capabilities. Finalising or making progress on signing the BECA is also expected to be on the agenda for this session of the 2+2 talks.

Many are concerned that the upcoming US election may be an obstacle for achieving any significant outcomes from this exchange. However, there is bipartisan support in Washington for US-India partnership and any change in power doesn’t seem likely to affect the fortunes of this relationship going forward. Thus, India in the US has a strong global supporter sharing common interests with regards to the situation vis-a-vis China which should allow India more room to bargain with China to restore normalcy along the LAC.