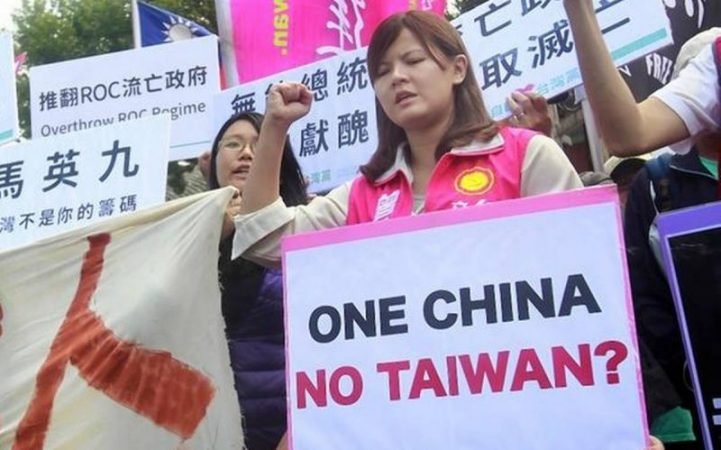 In the backlash of what misadventure happened in Galwan valley between the India and PLA troops which lead to heavy casualties on both the sides with estimated Indian count being 20 and PLA’s 43. This has been the first incident of bloodshed after 45 years on the Line of Actual Control. India in 2020 is standing at a very crucial juncture in the world of geopolitics. Time has arrived when India should reshape its foreign policy against China, with One China Policy being the centre of the talks.

While there is increasing pressure on the Indian government to take action against China, demonstrations are being held in different parts of the country on the boycott of Chinese goods. Experts on China affairs believe that the time has come when India needs to change its foreign policy regarding China and India should rethink and revise its ‘One China’ policy and exploit the geographic, ethnic, and economic fault lines of China such as Hong Kong, Taiwan, Tibet, and Xinjiang. When China itself doesn’t adhere ‘One India’ policy and lays claim on Arunachal Pradesh and simultaneously is involved in carrying out activities in Pakistan-occupied Kashmir (PoK), which is part of India, then why is India apprehensive about having relations with a country like Taiwan is a serious question.

From lobbying for China’s UNSC seat in the 1950s, recognising Tibet as Chinese territory even after coercive annexation to not hurting them on Hongkong’s & Taiwan’s issue, and not calling covid19 a Chinese virus New Delhi has always adhere to their interest to establish a strong strategic and mutually beneficial relationship. But what we’ve got in return is 1962, 1967, Doklam in 2017 and now standoff at Ladakh.

Being sensitive to China’s interest under the impression of non- alignment has been a policy of greatly diminishing returns. With China being vocal against India on each and every UN forum being it the vote for recognising Masoor Azad as a global terrorist, supporting Pakistan on Kashmir issue, stopping NSG membership of India and assertive against India’s candidature for UNSC permanent seat to name a few. South Block and PMO now should understand that in no way they can trust China.

Humiliating China Without firing a Bullet

Getting involved in a conventional war or partial war like Kargil with China would have adverse effects on India’s military, economic and human capital. And there will be no surety of having favourable results. However, with its assertive and reformative foreign policy, New Delhi can achieve a lot without paying much cost by creating a lot of trouble for Beijing in the South China sea.

The first task should be to recognise Taiwan’s sovereignty as an independent nation and lobby for them in the UN especially among the Quad and FiveEyes country. We can think of setting up our consulate in Taiwan and convincing them to recognise Pok and Aqsai China as a part of India which will be a humiliation to Chinese image at an altogether different level. India must begin economic and technological engagements with Taiwan, besides supporting it politically. Of course, We’ve to ensure Taiwan’s security from China where the USA can be our potential partner. And can openly tell Beijing that the number of weapons that they’ll give to Pakistan to use against us, we’ll cascade the same amount and sell it to Taiwanese.

Second, garnering India’s support to the democratic movement in Hong Kong, joining the western countries for joint efforts at isolating China in geopolitics. Indian support to the voices against human rights violations in Xinjiang at global fora. Third, we should to derecognize annexation of Tibet and be supporting the effort of the Tibetans to have self-rule and should give the Dalai Lama more recognition and position in diplomatic engagements, apart from visibility in India’s political circles.

The deaths of Indian soldiers along the LAC at Galwan is a watershed moment in the India-China relationship. If the relationship is not to spin out of control and if India needs to develop the muscle – military, economic and intellectual – to tackle the long-term China threat on the borders as well as the challenges that Beijing poses in the region and globally, not only will New Delhi have to adopt transparency and openness to questions as a central plank of the reworking of its China policy but also partnership with and support for expertise on China in India’s universities and think-tanks. The first is a policy change that can be achieved practically overnight if the government wills it. The second is currently available from sections of the government episodically but needs to become more widespread and sustained. Together, these changes could well ensure that the tragedy on the LAC is not for nothing.

It has already been too late for New Delhi to counter China through its ‘Kootneeti’ (Diplomacy), they should wait for no further opportunity and go with the flow. We cannot give up the tangible opportunity today in return of the mesoteric promises of possible good behaviour tomorrow based on the behaviour pattern of never keeping up to the promises. In order to counter China’s expansionist ambitions, we’ve to work in the direction of taking a lead role in the QUAD with being openly vocal to isolate them by synergising with the diplomatic cloud of our potential allies.

China must realise that there are limits to what fear and intimidation can achieve. The dragon may spitfire but the mighty elephant can extinguish it by shooting water through its trunk. The tragic deaths of our brave and courageous soldiers cannot and should not go in vain. This is a time for firm resolve and prudence, to stay united and determined in the commitment to protect the integrity of the nation and its people.

Lokesh Jain is a Member of Confederation of Young Leaders and former Intern at Ministry of External Affairs, New Delhi