Climate Change And Its Impact On Indian Agriculture 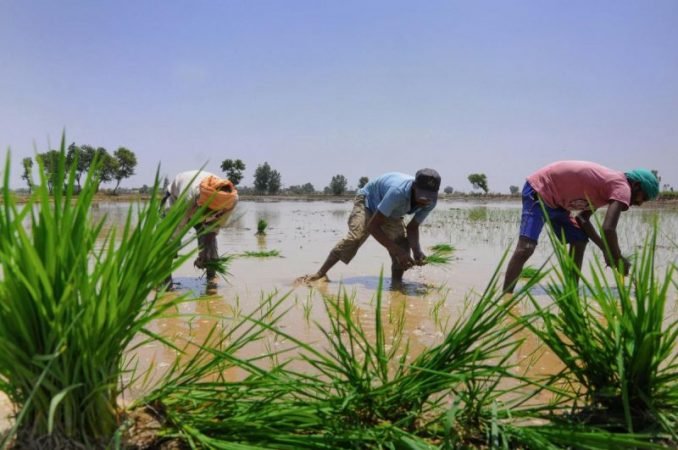 “Since nature has the most sustainable ecosystem and since ultimately agriculture comes out of nature, our standard for a sustainable world should be nature’s own ecosystem”.

Even after 73 years of independence, Indian farmers are not able to attain self-sufficiency. Poverty ridden farmers are still committing suicide, and the economists and scientists are still equating food sufficiency to farmers sustainability. Deterioration in agricultural research and education, improper labs, infrastructure or farmland some agricultural colleges are running. States have not enacted a regulatory framework, lack of inter-departmental coordination within the agricultural universities are adding to the woes of the farmers. The mismatch between the contribution of agriculture to national share in employment has remained large and has widened. Indian agriculture is dealing with a precarious situation. On one hand, there exists the problem of reduced rainfall which has been worsened by reduced crop fertility and on another, we are dealing with a pandemic which is a big blow to the farmer. Reduced rainfall and increase in temperature adversely affect the unirrigated areas as compared to irrigated areas. With depleting natural resources such as groundwater, there is a need to compare different states based on their topography and farming techniques. Various independent researches conducted by NITI Aayog predict that farm income could decline by 12% for Kharif crops and 5.4% for Rabi crops. The major lacuna that should not be overlooked is farmers’ adaptability to this problem. Is our farmer ready to cater to this problem created by climate change? Are our farmers really enthusiastic about farming?

Indian farming is often criticised for its traditional approach to farming but, if it persists then there must be another side to it. Indian agriculture is also connected to social and political change in the society where several subsidies and loan waivers are announced from time to time. Therefore, to tackle the problem we need structural changes and a complete overhaul of colonial laws that are still prevailing.

Today, India is self-sufficient in food security. Our granaries are overflowing, but our legal framework is of the 1950s. This discourages private sector investment in storage as the ECA can put stock limits on any trader, processor or exporter at the drop of a hat. When farmers bring their produce to the market after the harvest, there is often plenty and prices fall. All this hurts the farmer. Our farmers suffer more in marketing their produce than during the production process as APMC markets have become monopolistic with high intermediation costs.

Contract farming should be promoted and legal environment must be created with the assurance of a price to the farmers at the time of sowing. This will help them take cropping decisions based on forward prices.

There should be a direct benefit cash transfer to the real tiller, not the absentee landlords. Time has come to merge income support schemes of both the centre and state with MGNREGA and price subsidy schemes – food and fertiliser subsidies and power subsidies. This will create a basic income cover for poor households. But what about drying of the mainland for irrigation, reduced rainfall and increase in temperature? The major solution to the problem is climate-resilient farming with scope for improvement in 3 major areas: expanding irrigation, investment in research and development, and rationalising the subsidies. Along with some structural changes, there is a need to implement some pilot projects which will help us to know the current situation and later they can be replicated at a mass level.

Institutional reform is needed and it can be replicated with irrigation management in a dry district such as Udaipur. An irrigation agency can be set up with financial autonomy. This irrigation agency must be accountable. Irrigation staff salaries must come from the fees charged for irrigation water. A third party independent regulatory authority should be set up so that it can prevent a deadlock between irrigation agency and farmers when it comes to costs and incentives. The major task of the agency should be grievance redressal, ensuring transparency and providing technical help. The final pricing of water should be related to consumption to keep costs low.

Although there are several roadblocks in the implementation such as raising capital, operation and maintenance issues of a canal will occur as irrigation cost does not cover these expenses. Incentives need to be created for farmers to take an active role in this project. To successfully run the project, user organisations (farmers) should be authorised to levy water fees, carry out maintenance tasks and represent farmers’ interests. Secondly, clarifying and strengthening the water rights of user groups may provide one of the strongest incentives for farmers to participate in irrigation – operation and maintenance.

Climate-resilient farming can be replicated in a village along with a focus on agricultural extension services such as livestock, vermicomposting and animal husbandry. We can lay certain criteria for selecting a village such as people living in a district should be dependent on agriculture. I want to shortlist my native village Palampur based on the criteria that it represents the climatic condition of the district (Kangra). The reason for selection is its unique geomorphologic and climatic condition as that makes it vulnerable to different kinds of natural disasters.

Certain objectives should be laid down to enhance the resilience of Indian agriculture covering crops, livestock and fisheries to climatic variability and climate change through development and application of improved production and risk management technologies.

India spent just 0.7 per cent of Agriculture GDP on agriculture research and education which includes extension and training. This figure is par below the recommended 2 per cent by the World Bank. The government’s vision of achieving a doubling of farmer’s income by 2022 without the successful delivery of agricultural extension to rural smallholder farmers is a daunting task if the issues not addressed timely. Therefore, there is an additional need to strengthen extension services. There is a saying in Hindi, ‘Mere desh ki dharti sona ugle, ugle heere moti, mere desh ki dharti’ (The land of my country grows gold, diamonds and pearls…) and to make this saying common again there is an urgent need of timely intervention.