The PLA Conundrum : Depiction of Cross-Border Conjugality? An analsyis from the geopolitical & security perspective 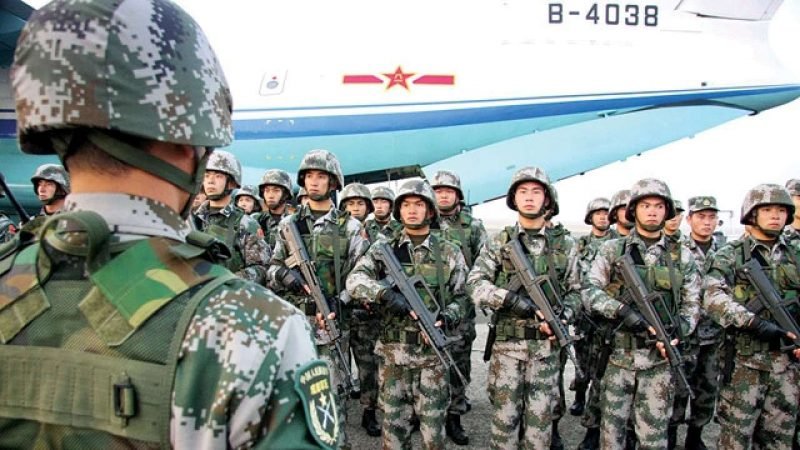 The nation  is in a state of grief and anguish following the recent ambush in Manipur’s Churachandpur district which led to the death of 7 people , 4  security  personnel and their   Commanding Officer including  his family, belonging to  ‘The Assam Rifles ‘.  The People’s Liberation Army (PLA) and the Manipur Naga People’s Front have jointly claimed responsibility for the ambush of the Assam Rifles convoy. The name PLA clearly coincides with the official name of the armed forces of neigbouring ‘ People’s Republic of China ‘ (China). So it clearly depicts the core objective of this Manipur based  banned  insurgent outfit, that is to establish an independent state of Manipur through its ideological orientations towards  ‘Maoism’. There is a long  history of Chinese involvement in providing arms and assistance to the insurgent outfits based in North East India. From the current perspective this has mainly to do with the probable Chinese motive for countering the positive image and narrative of the region that has been at the forefront since the coming of  the current dispensation in New Delhi in 2014 and its subsequent return in 2019 through the grand developmental projects in areas such as infrastructure, connectivity and national integration projections following multiple peace agreements with various insurgent outfits. In 2017, a news report cited a statement by the Chinese state media which said ‘ rising Hindu Nationalism’ has hijacked India’s China policy. So a dot can be connected here ,considering the ideological leanings of the current dispensation in the centre as well as in the state of Manipur. According to a report by an European Think Tank,’ The European Foundation for South Asian Studies ( EFSAS), China’s weapon supply to terrorists in Myanmar re-ignites India’s fear of another insurgency in the North East. The district where the ambush took place, have an international boundary with neigbouring Myanmar. So its pretty clear that the porous border has been an upper hand for the insurgents in carrying out the ambush. Another picture  that has been floating over the social media is one of the old tweets by the editor in chief of the Chinese Communist Party’s international mouthpiece ‘ The Global Times’ , Hu Xijin following the fatal ambush which has speculated a possible Chinese hand behind it.

Well, from  the geopolitical and security perspective, considering the onoing loggerheads between New Delhi and Beijing following the Galwan valley clash last year in Ladakh , it can be speculated that the Chinese state wants to accomplish its diabolical  objectives through unconventional means by supporting the remnants of the separatist insurgents thereby acting as an obstacle for the ongoing ‘ wagon of development’  in the region.  Another major factor that cannot be ignored with regard to the insurency issue  is the ‘ drug factor’  which  which further acts as the smooth facilitator in funding of the insurgent outfits. Here, the infamous ‘ Golden Triangle ‘ plays its crucial role. It can be further said that the recent order by the Centre to the Manipur state govt to act with urgency on drug menace which may have been a reason for the insurgents to counter it by carrying out the attack on the Assam Rifles Convoy in Manipur, considering the close nexus of the cross border drug trafficking with the insurgent outfits. The Assam Rifles is also the primary force responsible for guarding the Indo-Myanmar border which actually puts them in a overloading situation while dealing with multiple tasks from guarding the border to carrying out counter insurgency operations and ofcourse preventing the menace of  cross- border  drugs trafficking.Therefore, inception of a joint security apparatus involving multiple actors ,the AR, local administration  and state police based  on a mutual and assertive cooperation can actually be an strong and effective force in dealing with these issues which will eventually create a clear cut division of work based on the certain attributes required to deal with the multifaceted issue of insurgency in the region. India’s North Eastern region is the primary crossroad connecting  South East Asia where the ‘Act East Policy’ has eventually led to synchronising the over all development of the region. So a stable and peaceful  North Eastern India  is path towards completion of India’s aspirations for engaging with the South East Asian region.