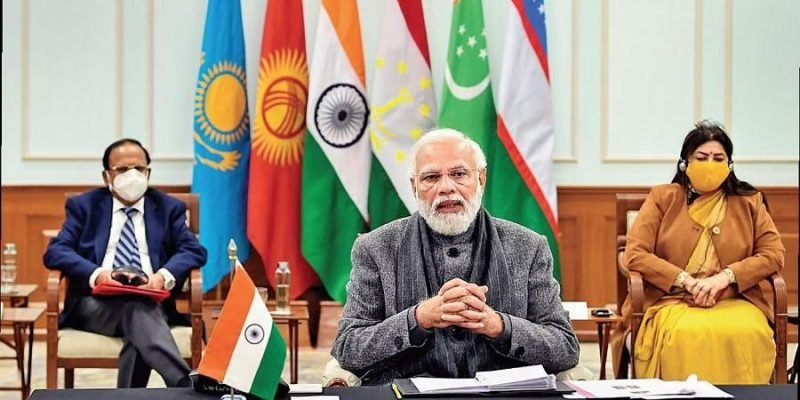 After the disintegration of the Soviet Union in 1991, the Central Asian region became a very crucial player in world politics. This region consists of five countries, namely Kazakhstan, Kyrgyzstan, Tajikistan, Turkmenistan and Uzbekistan, collectively called ‘the five Stans’. The unique identity based on the common factors such as religion, culture, Russian legacy and history, authoritarian governing system, energy resources and geographical location attracted the world’s attention to the region, which led to the emergence of a great game and rivalry for supremacy between significant powers including the US, Russia, China, India, Pakistan, Iran, Turkey and European Union.

The region experienced competition for hegemony and historic rivalry between the Russian and British Empire in the 19th and early 20th centuries referred to as the old great game. Since then, the region has become a strategic point for rivalry among powerful states. Halford Mackinder proposed the Heartland theory to explain the geographical significance of the Central Asian region in world politics. Based on the Heartland theory, Mackinder proposed: “Who Rules East Europe-Commands the Heartland Who Rules Heartland-Commands World Island Who Rules the World Islands-Commands the World.”[1].

In the post-Soviet period, the region is considered the most important trade route between the Middle East, South Asia, Europe and Eurasia. Being significantly rich in oil, gas and coal recourses, these countries can play a crucial role in energy politics. All the major powers, including the US, Russia, China and India, adopted different strategies toward the region to fulfil their interests.

Russia’s policy towards the post-Soviet region is based on security concerns and countering Western hegemony. The expansion of NATO and the European Union (EU) are the major concerns for the Russian federation. It adopted the Near Abroad policy to strengthen its relations with post-Soviet republics, including Central Asian republics. The formation of CSTO (Collective Security Treaty Organization), EAEU (Eurasian Economic Union) and SCO (Shanghai Cooperation Organization); energy resources; Russian diaspora in the post-Soviet states promoted Russia’s interests in the Central Asian region.

China emerged as the largest trading partner with the Central Asian republics. It adopted a 5+1 policy to strengthen its relations and implement its Belt and Road (BRI) policy in the region. China shares a prolonged economic and political interest with the Central Asian region, mainly for the fossil fuel recourses and to expand its sphere of influence in the region. China is one of the primary sources of Foreign Direct Investment in the region for infrastructure development.

The USA has been a significant ally for the Central Asia countries in terms of security, development and prosperity. A stable central Asia gives an advantage to the USA in countering terror activities. Political stability in Afghanistan, the democratisation of Central Asian republics, opposing the Russia-China alliance and expanding NATO are significant concerns of the United States C5+1 policy towards the region.

The region is especially very important for India because of the availability of energy resources and its strategic location as a transit country for international trade and business. India was one of the first countries to recognise its independence in 1991, realising the importance of this region. India also initiated Connect Central Asia Policy in 2012 during the India-central Asia dialogue at Kyrgyzstan to strengthen ties and cooperation in the political, energy, economic, and health sector.

The Prime Minister of India, Narendra Modi, made an official visit to all the five Central Asian countries in the year 2015 to expand India’s connections with the region. The construction of the TAPI (Turkmenistan-Afghanistan-Pakistan-India) pipeline and the INSTC (The International North-South Transport Corridor) project would be a game-changer in the trade and commerce between India and Central Asia.

Under the Modi government, the Central Asian countries have come closer to India more than ever; this year, India will host the first India-Central Asia summit on 27th January 2022. This summit reflects India’s growing ties which are also part of India’s ‘Extended Neighbourhood’ policy. This will showcase India as a growing key power in the region. India’s close ties with Iran and membership in SCO strengthen its influence in the region.