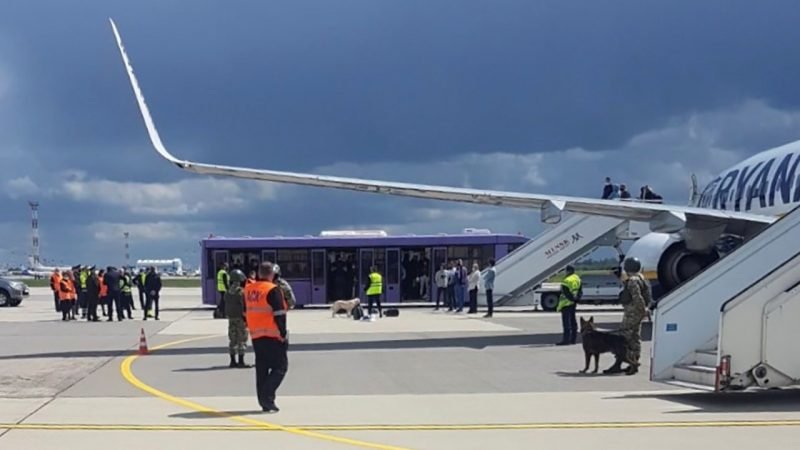 European Union has slapped Belarusian carriers with a flight ban over the bloc’s airspace after the country’s President forced the landing of a Ryanair flight to arrest dissident journalist Roman Pratasevich. The Union leaders also called on all EU-based air carriers to avoid overflight of Belarus post this incident on May 23.

The move comes after the summit in Brussels found the grounding to be ‘endangering aviation safety’ and an assault on international law. The EU has also asked for the immediate release of Pratasevich and his travel partner Sofia Sapega who have been detained by the Belarusian authorities. After faking a bomb threat, the military scrambled a fighter jet when the Ryanair flight was in the Belarusian airspace. The International Civil Aviation Organization has been asked to urgently investigate the matter.

Sparking a global aviation crisis, many nations have halted flights over Belarus including Netherlands, UK and Ukraine. German airline Lufthansa along with Latvian airline Air Baltic have announced temporary suspension of flights over Belarus. However, banning Minsk airspace, which is a key corridor between Western Europe and Asia, can result in an increase in airline costs, not to forget delay in flight time.

As the domestic dissent in Belarus grows over the current regime, this brazen incident has called for international attention as it directly threatened the lives of passengers traveling to two major EU states- Greece and Lithuania. The UN Secretary General Antonio Guterres has expressed deep concern. American President Joe Biden has also called the diversion “outrageous” and “shameful” and has asked his administration to look into “appropriate options to hold those responsible accountable, in close coordination with the European Union.”

President Alexander Lukashenko has, however, claimed that the detainee has been allegedly plotting a rebellion against him and accused the western powers of provoking a ‘hybrid war’. Minsk’s ally Moscow has defended Lukashenko and displayed support by banning all EU flights from entering Russian airspace if it avoids Belarus. This decision is further going to complicate this political disaster.

There is a pressing need for the EU to look into this crisis as a part of a bigger problem. Currently an authoritarian state, the EU has been pushing for Belarus’s democratic transition for a while. The land borders in the country have been closed since December 2020 due to covid-19 and now with airline boycott, it would be extremely dangerous for those who need to flee the country. The policymakers, thus,need to adopt a tactical approach when imposing sanctions on the regime.