Prognostication of the United States and China’s Relations: An Unravelled Partnership 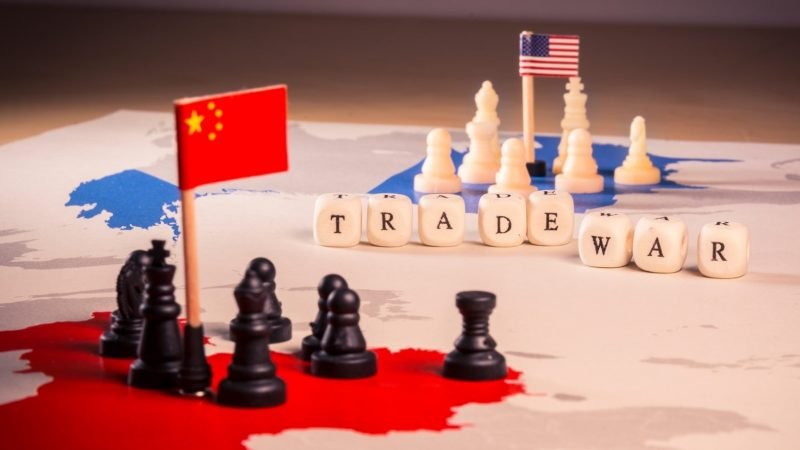 The United States-China is leading the Cold War 2.0 and it will be impacting the core of American foreign policy in this decade and beyond. The United States-China Relations is defying its most aversive challenge since the two countries established their diplomatic ties. There has been an indication of steadily worsening relations over the long term with escalating adverse consequences of the actors involved. They both bear the responsibility for the pervasive deterioration of relations. China’s ambition appears to include a quest to become a major power that is wealthy, strong, influential and respected. The outbreak of Covid-19, recent news upcoming from Hong Kong, Taiwan and North Korea has made it clear that the crucial point and it is important to better understand what motivates and guide both actors. The European Union is now a battlefield for the United States-China relations. Both parties want Brussels allied in their side. France and Germany stand in the middle of conflictual interests.

If China continues to challenge United States supremacy in Asia as well as it’s global interests then the United States should consider reactive measures. A new conceptual framework for the relationship is necessary that is capable of embracing simultaneously apparently intractable problems with a real opportunity to policymakers. The relation between them has gained bipartisan support. A new cogent presidency in the United States would be sensible to China. But either way, the US policy toward China remains strict and harsh. The United States will continue to think that China is not always honest in implementing its obligations and promises.China-U.S. relations are entering a major turning point that will persist for a long time, and both sides are exploring new frameworks for interaction. The United States feels that its dominant position is being attacked, and its hegemonic position is gradually weakening.

How can we see the future of the U.S.-China relations?

The future of the most important relationship of the 21st century is not limited to the Washington artery. There are certain areas upon which the future of relations between the two countries rests.

There have been economic and diplomatic challenges visaged by the United States and China. And it’s wide travel trade remains the most issue and political piece of ground in each country. With globalisation underneath peril, the principles of commitment that have beneﬁtted billions of individuals are challenged.

The next supply of tension, because the trade dispute has been remodeled into a broad remake of the complete economic relationship, is bi-lateral capital ﬂows. The interdependency of each countries relating to investment ﬂows is subject to increasing scepticism from Chinese possession people treasuries to the registration of China’s leading corporations on North American country exchanges.

Reevaluating the US-China relationship means that comprehending the growing role of China in health, development and different essential world goals. An effective model for China is that the use of low-priced, speedy commercialisation capability to proportion reasonable solutions and during this method its own technology can become progressively subtle. The question arises here that what will this new landscape mean for North American country establishments and what opportunities are there to collaborate to boost human conditions around the world.

For dominance in artiﬁcial intelligence, The United States and China Relationship is underneath conflict. China’s state-sponsored approach utilizes the ability of technology powerhouses Alibaba, Baidu and Tencent to drive forward their agenda, whereas the U.S. has a reliance on the ability of the free market and their own school behemoths to require machine learning and to each aspect of the way of life.

Policymakers in Beijing and Washington have taken a spate of actions geared toward securing provide chains and information as a lot of vulnerabilities are created by technological interdependency. The question arises that may security be created in low-trust environments as a lot of physical systems deem software? Are we tend to be headed towards a divided technology world?

There has been a claim regarding China that she is a brand new quite military rival to the United States not seen since the country. As there are complexness of the digital age there are often a modification in the character and cooperation, the United States and China are central to a quickly evolving world order.

There is a range of different scenarios that can be shaped by different assumptions and variables on how the relations between both countries would be shaped.

Firstly a cooperative Scenario could be analysed in which growing interdependencies and globalised economy can encourage both leadership to avoid any kind of armed conflict and they would more likely focus on their domestic policy priorities and maintain status quo in the region.

This scenario stresses an ambitious and activist scenario of the cooperative Scenario. In this scenario, they have to collaborate in difficult policy domains in order to resolve them. This can include multilateralism and agreed strategy of North Korea with the objective of achieving the denuclearization of the Peninsula and joint revunation of the G20.

In this scenario, the United States and China would compete for strategic influence across Asia with both sides accelerating their military preparedness to guard against the possibility of long term conflict.

In this Scenario, incidents like the East and South China Sea would escalate to a point that conflict between the major powers will be evident. RMB would Challenge the status of USD as one of the no one global reserve currencies.

The economic imbalances within the Chinese system would ultimately fracture causing China to radically adjust its national development strategy.

The zest of Sino-U.S. competition is that of national strength focused on economic competition, not political and philosophic competition. The United States is rattled that China’s economic strength (and the strength of the whole country) can transcend that of the United States. This can be the first concern of the US. From the Chinese perspective, China has an intention to confirm economic development and technological progress. exactly speaking, this might challenge the economic standing of the US, and will challenge the United States’ position as a worldwide leader in sure technological sectors.

How to manage such competition and not let it flip thus vicious that it slips into confrontation and conflict is very important. this can be the best issue that China-U.S. relations can face within the future i.e a way to maintain a balance between competition and cooperation. As their progressively fierce competition from each the perimeters, this would be a foul factor not just for China and therefore the United States, however conjointly the international community. To conclude the present relationship between the United States and China is in a state of crisis. Measures should be taken to strengthen their relationship in times of crisis. The United States and China’s policy coordination is important to form the world political surroundings. This unravelled partnership between the United States associated China has been an anchor of the world’s economic, political and security order for over seven decades, however, we should always not take it as a right. The transatlantic relationship faces several dangers. However, the problems that bring the two sides along ultimately carry a lot of bigger weight than those who may divide them.