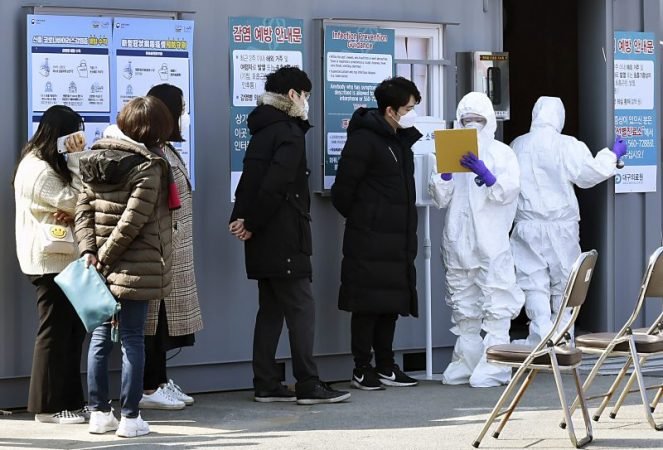 The year 2020 is facing one of the deadliest pandemics that has swept across the world rapidly. Especially, in the era of globalization, where people are connected through communication, transportation, trade, education, etc., this virus has proven to be swift in spreading quickly from one nation to another. Whereas some countries are still struggling to contain the virus-spread, South Korea has already taken steps towards a ‘new normal’.  One of the nations that stood out for her acknowledgeable performance in controlling the Coronavirus situation is South Korea. This article talks about how government regulations and living etiquettes have helped the country in blocking the spread of the Coronavirus.

As of 2018, there are about 50 million people living in South Korea. Many scholars have argued that the country is under control just because of its small population but that is not the only case. South Korea periodically faces ‘Yellow or Asian Dust’ that originates in China. Moreover, the nation has experienced the Middle East Respiratory Syndrome (MERS) outbreak in 2015, which worsened the health conditions of many Koreans. Due to their past experiences, South Korea has opted for the ‘mask culture’ way before other nations adopted it. Many Koreans believe that masks make them look chic and thus masks have become a part of their casual outfits. Moreover, as a lesson from the MERS outbreak, South Korea has started testing passengers, especially from developing countries. At the airport, passengers are supposed to fill a yellow questionnaire that asks travellers about their health status. People, who flew-in sick are tracked by the government and are asked to take necessary steps before entering the country. Apart from this, foreigners from certain countries are mandated to undergo chest x-ray in order to obtain a living permit in Korea. Hence, it can be said that previous lessons learned during the MERS outbreak and regular use of mask, the practice of constantly sanitizing hands along with Korean etiquettes such as bowing instead of shaking hands have helped the country to recover faster.

South Korea’s success story is attributable to her “3T Model” that managed the pandemic even without a lockdown. This model was based on the three aspects that included testing, tracking, and treatment. The South Korean companies produced testing kits with no delay and the government did aggressive testing to break the infectious chain. In order to test more people, the government also tracked those who came in contact with corona positive patients in order to prevent further spreading. The tracing was done thoroughly through GPS, phone records, credit-card transactions, etc. For testing, the Korean government built hundreds of high-capacity screening clinics and boosted the testing capacity. Dr. Lakhvider Singh, a Seoul-based geo-strategist has mentioned in his article India and Korea that the South Korean strategy is fully coordinated by the national government and “their drive-through testing facilities has encouraged people to come to testing centres without wasting their time.”  Dr Singh has also talked about the fact that the government has been very transparent to the citizens and has established a call centre ‘1339’ to help people with Covid19 related queries. Apart from testing booths, South Korea also came up with an idea of establishing testing ‘phone-booths’, where anyone can get tested in seven minutes. The booths include a partition and a phone through which patients can talk with the doctors, who are supposed to take the swab samples through arm length gloves fitted in the booth walls. According to Dr Singh, South Korea “used many innovative methods…such as mobile phone data, GPS system to trace the movement of infected people.” Jang Hee-Jun, a student from Ewha Woman’s University in Seoul, South Korea has talked about the ‘insane’ tracing of infected persons. According to Hee-Jun, authorities “send out messages about the cases in nearby places.” Also, shops ask people to scan their QR codes through Kakao app to show the history of visited places. Moreover, the government also planned to launch wristbands to deter quarantine violators. Authorities placed bands on people who broke the isolation rules to make sure that they do not do so in future by tracing them.

For the treatment, government-approved Remdesivir for handling Covid19, which is largely used in India to treat Covid19 patients as well. Furthermore, to avoid minimum contacts among people, the government also provided food, water, and other essentials to those, who were quarantined at home. South Korea successfully managed the first wave of the pandemic. However, there emerges a fear of a second wave as well. Currently, South Korea has 14,159 cases out of which 12,890 people have recovered and 298 (as of 26/07) died. In South Korea, churches became super spreaders and thus the government did not delay to close the churches. For example, Shincheonji Church attributed to about 5,213 Covid-19 cases. Apart from religious places, night clubs have also emerged as hotspots of the virus. Another interesting observation that came from South Korea public is that they have become negligent with their measures after the first wave. Hee-Jun mentioned that the “community [has] become laxer due to the praises from other countries for ‘handling’ the Covid19 cases. The government has responded to it by making masks and social distancing rules compulsory. Since there was no lockdown, people were still visiting tourist spots in Jeju Island. Hence, the government decided to crumple Canola flowers fields (a tourist attraction) to prevent tourists in the month of April. Hee-Jun further talks about how people’s attitudes towards China have changed with time. In general, Korea already had a negative perception about China. Thus, Coronavirus pandemic has exacerbated the hatred against the Chinese citizens in South Korea.

This whole situation has also provided opportunities for both India and Korea to boost their relations economically. At a webinar about India and South Korea’s Post-Covid19 relations, South Korean Ambassador to India, Mr Shin Bongkil mentioned that many Korean companies are pulling out of China due to the pandemic. This step may go well for India and her “atma nirbhar bharat abhiyan” (Self-reliant strategy) to attract foreign investors. Mr Shin talked about that fact that India needs to provide incentives to its foreign investors and create a companies-friendly environment with better infrastructure and technologically driven facilities. The pandemic has, of course, brought new opportunities but it has also exposed vulnerabilities. Korea has realized its need to diversify the production lines to reduce stress on the entire manufacturing system. India has comprehended its urgency to digitalize various sectors that were still operated via conventional ways. Ms Sripriya Ranganathan, Indian Ambassador in the ROK, has stated that both countries can share their experiences and strengths. India can learn from Korea’s online means of delivering services by sharing her Information Technology (IT). Many Korean companies have set up offices in Indian cities and have started making zones where IT can flourish. The spillover effects through cooperation between two countries can also benefit the automobile sector. For example, India’s democratic values, abundant human resources, rule of law and market economy have attracted many Korean companies. KIA Motors launched its first Made-in-India SUV Seltos in 2019 from the Andhra Pradesh plant. This plant can serve as a guide to other Korean companies who are willing to set up offices in Indian cities as it is equipped with the cutting-edge manufacturing process, advanced robotics, and artificial intelligence. The ambassador has claimed that Research and Development in Korea and manufacturing in India is like a “made-in-heaven” match. This matchmaking can also help other sectors such as education and bio-industry. In 2005, India’s leading pharmaceutical company was approved by the Korean Food and Drug Administration for selling human vaccines in the Korean market. Dr Jerome Kim, Director-General of International Vaccine Institute mentioned that about “70% of vaccines used worldwide for immunization programs are made in India.” This shows that India can share its medical knowledge with South Korea and advance on this field. One should also not forget South Korea’s remarkable handling of the pandemic. Its aggressive “track and test” method was appreciated by India and later India also implemented the same model in containing the spread. This situation also provided Korean firms like SD Biosensors to manufacture rapid testing and PPE kits in Manesar, Haryana.

Presently, South Korea has almost controlled the situation and it has already started opening up schools, recreation places, cafes, etc. The nation has being very apt and transparent in handling the Coronavirus cases. Educational institutions are also moving towards a blend of online and offline mode to ensure that students stay safe along with completing their education. By becoming prompt in responding to the pandemic, South Korea has set an example and has inspired countries to conduct aggressive testing to break the chain of infection.