China in the Post-Pandemic World 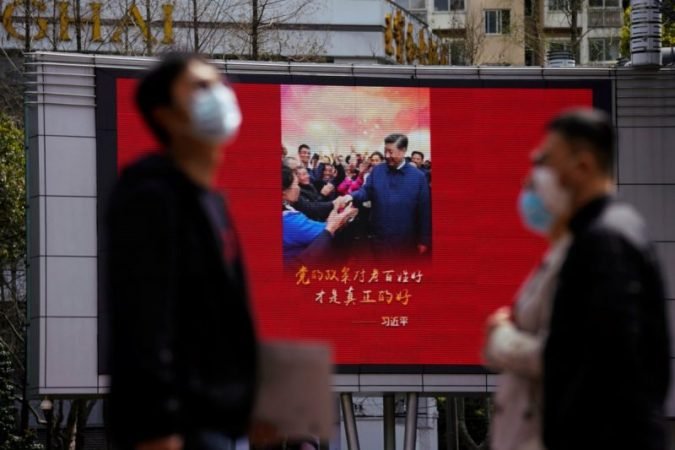 How the Post-Pandemic world is expected to see China and its People?

In May 2020, the UN Secretary-General Antonio Guterres appealed globally to end “the tsunami of hatred and xenophobia” that has been unleashed during the pandemic. Along with the transmission of fatal infections, the Coronavirus has also sparked racism, hatred, discrimination, derogatory acts, against Asians. In particular, the Chinese community has been targeted as a source of the virus and thus it is facing several challenges worldwide.

Once known for its economic contribution to the nation, Wuhan is now notoriously recognized as the origin of the outbreak. Due to this, many citizens from Wuhan are unwelcomed in other cities of China. According to CNN, the spread of the virus has “fueled resentment and discrimination against people from Wuhan” that has out-casted those people in their own country. There have been many cases in which people were thrown out of hotels. Plus, people hailing from Wuhan are also being called with vilifying terms such as “walking dead” on social media platforms. If the resentment against Chinese from Wuhan itself is so grave at home then what would be the situation for the Chinese living abroad?

Recently, there is been a rise in global abomination against the Chinese community. Several cases related to racist attacks have been reported in Europe, America, Australia, Japan, etc. In Indonesia, there were protests against Chinese tourists. In Japan, Chinese visitors were forbidden to enter the restaurants and #Chinesedon’tcometoJapan was trending on Twitter. A Danish newspaper drew Coronavirus instead of stars on the Chinese national flag. A French newspaper Le Courrier Picard published news related to Coronavirus under the heading of “Yellow Alert”. Moreover, social media platforms have become a chatterbox for racial slurs and epithets. Chinese eating and living habits have been heavily discussed and ridiculed through posts.

The reason why there is so much social discontent towards China can be attributed to China’s decisions during the initial stage of the pandemic. Professor Srikanth Kondapalli from the Centre for East Asian studies at JNU has shed some light on this issue. He mentioned that about 130 countries have banned the entry of Chinese visitors. Although initially, it was due to general health-related concerns, it gradually got a racist flavour. As the factual information circulated through social media, there emerged a social stigma against the Chinese diaspora. When a particular community possesses a certain type of cultural practice, it may be unwelcomed for the other communities following other cultural patterns. For instance, Europeans may judge and find it difficult to accept Asian eating habits. It is to be noted that this is not only limited to inter-continent, rather can also be visible intra-continent and sometimes intra-state. There have been many documentaries and videos about East Asian cultural ethics, which send a stereotypical message that East Asians can eat anything alive. Currently, through media and other platforms and studies, it has been assumed that the virus originated from bats or exotic animals like Pangolin being consumed; this further strengthened the social stigma and inculcated racist attitudes around the world that would have a long-lasting impact on the Chinese community.

Challenges to China in the future

According to The Diplomat, China would be facing credibility issues due to its delayed response to the pandemic. Reports say that the CCP showed no interest in banning the movement of travellers when the Virus initially started spreading in Wuhan. Trust on the Chinese government further eroded when it tried to suppress the information provided by the Late Dr Li Wenliang, who worked in the Central Hospital in Wuhan. The Washington Post stated that the WHO’s director-general, Tedros Adhanom Ghebreyesus applauded the ‘transparency’ of the Chinese government. However, China’s continuous manipulation of whistleblowers and efforts to prevent investigation has raised questions. Prof. Kondapalli has mentioned about the World Health Assembly meeting in which countries demanded an impartial comprehensive independent investigation for the Covdi19. However, President Xi Jinping agreed for a review only after the virus dissipates (which is not possible as the pandemic is still going on).

Severed diplomatic ties are another major problem that will daunt China in the post-Covid world. Along with border and trade disputes with Asian and Western countries, China has added a bunch of Covid-related issues in its list. Due to the pandemic, many nations had to impose ‘lockdown’ that halted the economies and resulted in a recession. This created a hostile outlook, particularly towards China. President Trump openly blamed China for creating the “Chinese Virus” whereas Secretary of State Mike Pompeo claimed to have evidence that showed that the virus originated from Chinese labs. The US and China relations are weakening as anti-China sentiments fuel existing trade wars. The US even tried to expel Chinese students and restrict them in the future. Moreover, as the WHO became closer to China, the US decided not to finance the organization. Moreover, according to Reuters and Chinese Intel reports, China may have to face armed confrontation with the US if the current hostility perseveres.

Furthermore, China is expected to face an economic setback due to the pandemic. According to Prof. Kondapalli, not just china but all the countries would face declination in their economies. However, there would be an extra burden on China as China became the centre of the trade-value chain since 2010 after replacing Japan. He further mentions that “there have been restrictions in movement in general due to pandemic that would affect export and import system.” Moreover, the IMF assumed that this year there would be a loss of about 8.5 trillion dollars’ worth goods of production and distribution. Apart from this, The Diplomat lays out that there is a trend toward ‘de-sinicization’ of the world supply chain. Presently, many countries are altering supply chains and decreasing their dependency on China. For example, India’s Atma Nirbhar Bharat Abhiyan is all about making India self-reliant and attracting foreign investors. Plus, other nations such as South Korea and Japan have decided to shut down their supply chains in China due to the pandemic. Also, Chinese shops and restaurants have become the target of the recent dissent against China due to the pandemic. Many shops have been vandalized and restaurants have experienced a decline in their earnings. A lot of Chinese workers fear losing jobs in foreign lands. Chinatowns in several countries have faced backlash as there is widespread discrimination against the Chinese community. Currently, many countries have suspended flights to China and it is still unclear when they will resume the connection. It is too soon to say but in the future Chinese firms may have difficulties in sustaining their business with in foreign lands. In July, the UK government decided to remove Huawei completely from its 5G networks by 2027. India has already banned the use of more than 100 Chinese apps. Hence, it is quite clear that China has to strengthen and build a clear image to win the trust of other countries.

Will China be able to regain trust?

There are some new ways in which China is trying to rebuild its shattered reputation. According to CGTN, China is willing to help countries, the WHO, and the African Union in the fight against Covid19. China has sent PPE kits, masks, testing kits in several countries, and has shared diagnosis and treatment plans with other nations. However, there were some incidents where countries recalled China-made products due to poor quality. For instance, the Netherlands, Spain, the Czech Republic found out that the medical supplies from China were defective and sent them back.

It can be noticed that China is also trying to make new allies in order to defend from the hostility of major powers. In July, China and Iran negotiated a $400 billion deal about Chinese investments in energy, transportation, banking, and cyber-security. Also, China is working together with Pakistan for the CPEC despite labour movement restrictions. Chinese investments with these countries are raising eyebrows because Iran is connected with Nuclear Programs and Pakistan is always surrounded by issues like terrorism, Kashmir, etc. Such connections further deepen trust issues with China.

Lastly, there have been reports of racism and xenophobia in the city of Guangzhou, which is known as ‘Little Africa’. According to WION, the CCP has promulgated the fact that China has defeated the virus but the new cases are appearing due to the presence of foreigners in China. Hence, discriminatory acts (Nigerians are maltreated and refused to rent houses) are rampant against African migrants that show the double standards of China.

To conclude, China will have a hard time regaining trust as people will be unwilling to consume Chinese products. With the Coronavirus pandemic, the world is also experiencing a phase of Sinophobia. As stereotyping remains for a long time, it would be difficult to get away with it. Hence, it can be said that China is in an urgent need of rebuilding its global image on the foundations of trust and sincerity. Still, would it be really easy for somebody to just forget about everything and not hold grudges against China especially when a person has lost his/her job because of the pandemic? Although China is trying to ameliorate its relations with other countries, it is yet to be seen how common people (not political leaders) would accept this.