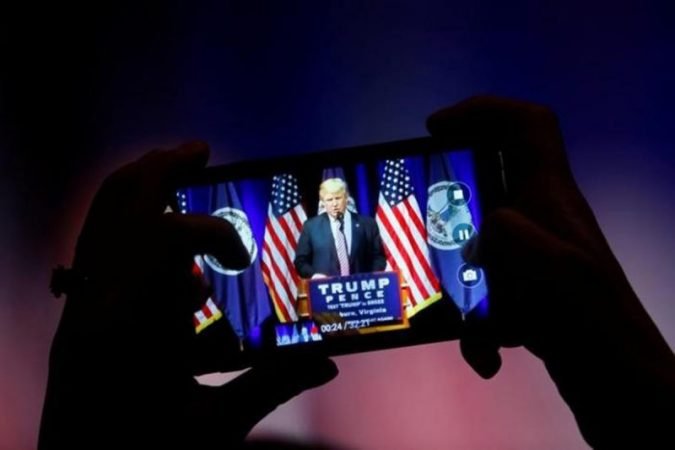 Diplomacy has existed since the time of ancient empires wherein the kings extended their diplomatic missions, and envoys across regions with an aim to gather information and intelligence, form good relations, seek security from enemy states. With the evolution of the nation-state system in the 18th and 19th centuries, diplomacy too evolved to imbibe the best of nation’s interests. A surge of new practises within diplomacy were adopted to accommodate to the World Wars and the world relations in its aftermath. The emergence of international organizations and institutions on the world stage has greatly altered the definition of diplomatic interests and the actors involved. A multitude of interests catering to businesses, terrorism, climate change have found voice amongst the traditional state interests. Thus, it can be observed that diplomacy has always been sensitive to its surrounding changes. And this is no different than the introduction of various technological advancements over the years,  effectively reshaping the means of conducting diplomacy.

The various innovations in the communication sector such as post services, newspapers, radio and television broadcasts has widened the flow of information across states. This is further accelerated with the introduction of the internet giving a boost to the pervasive nature of media and the widespread reach of social media.

These technological advancements democratising the flow of information has proven to be beneficial for the people. Through social media portals like Twitter and Facebook, the diplomats are able to reach out to a large number of people. They are able to inform the public, address various grievances, express their opinions, start a discussion and receive prompt feedback in a matter of posts and tweets. Information and communication have surpassed formal and hierarchical boundaries with publicly accessible information through the medium of social media.

This new form of diplomacy has been termed as digital diplomacy/e-diplomacy and it goes beyond the employment of social media in diplomacy. It can be explained as “the use of web and new ICT (Information Communication Technology) to help carry out diplomatic objectives.” Such new communication technologies consist of big data, data mining, crisis mapping as well. Fergus Hanson, author of Internet Wars: The Struggle for Power in the Twenty-First Century outlines 8 different diplomatic goals undergoing a transformation due to digitalisation. These are as follows:

Traditionally, public diplomacy catered to cultural and educational exchanges as well as international broadcasting to connect with foreign audiences. Public diplomacy in the digital age caters to the usage of digital tools such as the social media platforms to conduct diplomatic communication among states as well as reach out to the public. An increasing number of political leaders and governments are creating their social media presence in the 21st century.

Many political leaders have taken to social media platforms like Twitter and Facebook to put forth announcements or convey important messages to the public. Such has been the case of Prime Minister Narendra Modi who along with his political party BJP is popular for their extensive social media usage, especially during the 2014 and 2019 elections. Simultaneously, the Rwandan President Paul Kagame is known for replying to general people on Twitter. This has rendered the public a more participatory role in debates on national interests and foreign policy. A channel for direct interaction among the world leaders has been established through social media, a developed version of the Washington-Moscow hotline of the Cold War days. After the 2019 election win, PM Narendra Modi was congratulated by a number of heads of states of Israel, Pakistan, China, Russia, Sri Lanka, Japan, Afghanistan and others. The rise of digital space has rendered the diplomatic communications transparent, informal and direct. The bureaucratic approach to the dissemination of information, a limitation posed by traditional diplomacy has been done away with Twiplomacy. “As new digital tools increasingly allow people to connect, engage and mobilize we will truly have diplomacy 3.0—an instant, hierarchy and protocol-free, peer-to-peer (P2P) diplomacy.”

Twitter and other social media platforms have become a powerful source of 21st-century statecraft. It is being evolved as one of the most important and indispensable forms of communication. The US Embassy in India wishing Happy Friendship Day and trending the hashtag #USIndiaDosti lends importance to social media spectacle of states’ relations.

According to 2014 Burson–Marsteller’s Twiplomacy study, about 83% of the 193 UN members have a Twitter presence. Governments are employing social media for managing respective countries’ reputation. Managing the brand name of the country, a soft power tool has become one of the major focus of electronic public diplomacy. For example, Iran’s Supreme Leader Ayatollah Khamenei opened a Twitter account in Hindi, an addition to his French, Russian, Persian, Urdu Twitter accounts.

Apart from states, a number of non-state actors such as international organizations, business groups, individuals and terrorist groups are establishing their social media presence. Climate activist Greta Thunberg, with 3 million followers on Twitter has been successful in organizing and garnering support for her ‘climate strikes’. This is transforming the nature of international relations.

Governments of numerous states are increasingly engaging in educating and training its officials, employees in digital tools. Efforts have been undertaken to incorporate digitalisation into public diplomacy discussions. So is evident from 2014 the Stockholm Initiative for Digital Diplomacy which aimed at using technology for the resolving diplomacy-related problems. The foreign affairs ministry at Israel has taken a number of initiatives to adapt to the ways of digital diplomacy. Beginning with the 2016 Digital Diplomacy Conference to 2020 virtual tours of sites of religious importance in Israel amid the Covid-19 lockdown restrictions.

The present coronavirus pandemic serves as a reminder of the importance of the digital space. As it allows for diplomacy to continue, resulting in diplomats increasingly adopt digital practices. The social distancing norms have ended the importance of the diplomatic handshake, and paved way for virtual conferences, meetings and summits. This is evident from New Zealand’s Prime Minister Jacinda Arden addressing the public through a Facebook Live session as well as the virtual summits of G20, G7, EU, UN.

One of the important aspects of diplomacy is to collect, organize, retain and optimally employ government knowledge for furthering the national interests. However, this has been a challenge for numerous governments. The information has been well stored only in paper, their retrieval through electronic means has been but an imperfect upgrade. Knowledge apart from what is officially entered is unavailable, also, entering of information has been a one-way process with no means of collaboration.

To counter this inadequacy, the US department launched the Office of eDiplomacy in 2002 as the primary centre of knowledge management. Decision-making process at the international level depends on a number of factors, of which previously recorded information holds an important position. Often the recorded information is not readily available or accessible while making decisions, this gap between diplomacy and knowledge management can be bridged with the help of digitalisation. Herein, storing data electronically is one of the first steps, followed by data mining wherein patterns are identified for future use, and its implementation in decision making results in informed and improved diplomatic actions.

Integration with new technologies shall help in contextualising the information gathered from multiple sources and drawing a link. This is facilitated by analysing huge amounts of data and recognizing a pattern, known as data mining. Data mining is useful in identifying patterns of a certain group or individual in activities like voting. Lastly, condensing such information is important to help emphasize on the particular issue.

Knowledge management techniques are highly useful in repetitive processes of issuing passports and visas, etc. as they require minimum human intervention. The organisation of meetings, international conventions and keeping a record of the content of these successive activities can be managed with the help of technology as well. For other activities involving negotiation talks concerning an international crisis, involving spontaneous diplomatic action, are the areas deprived of predictable knowledge management techniques. However, further integration of technology with diplomacy shall overcome such void.

Digital diplomacy with all its advantages does present a number of risks as well. With social media being free space, the multitude of information presented inform of tweets and posts needs to be verified, making knowledge enabled interaction at official levels important. This makes knowledge management imperative as diplomats are expected to grasp and grabble with massive amounts of information presented through digital channels, rather than, previously established formal route.

Diplomacy is a highly human-intensive activity requiring personal interactions on higher scales. This should be kept in consideration while employing new technological tools for knowledge management. Information can be logically organized and codified, however, its employment in diplomacy depends on the individual official.

Questions do arise on the effectiveness of digital diplomacy as compared to traditional diplomacy. Oxford Professor of Digital Diplomacy Corneliu Bjoula opines that face-to-face diplomacy consists of engaging personally, building trust, sharing confidential information which seems like a difficult task in today’s expansive digital world. Another threat faced by Twiplomacy is the ugly head of cybercrime and the urgent need for states to engage in multilateral cooperation to ensure security against cyber threats.

In conclusion, it can be stated that digital diplomacy has brought about a much-needed transformation in the field of diplomacy. But it needs to understand, develop and integrate the various needs and functions of diplomats to become a fully functional diplomatic channel.