What is the future of Sri Lanka? 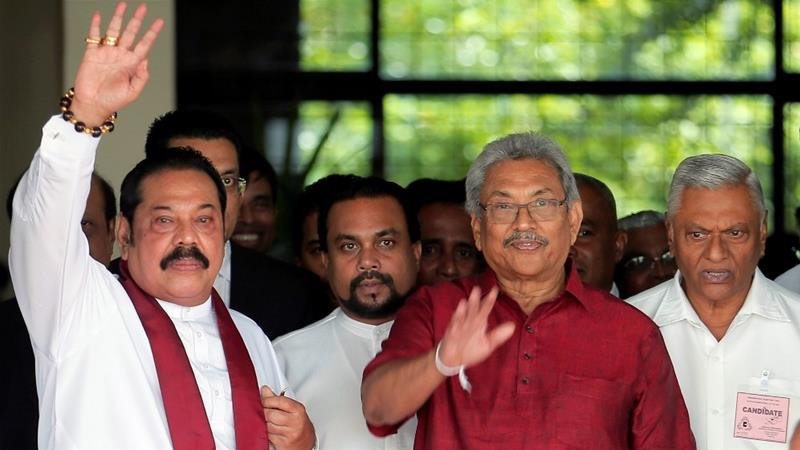 The Sri Lankan voters were very clear in their mind about their choice. The massive victory of Mahinda Rajapaksa’s SLPP demonstrates that. The ordinary Lankan citizen was clearly fed up of the constant infighting, corruption and incompetence that they witnessed during the Mathirapala Sirisena years. This election result will have both domestic and regional ramifications.

While supporters of the Rajapaksa regime may paint this as a fear-mongering by domestic and international opponents and critics, the stark reality is that the supermajority that the SLPP which has won 145 out of 225 seats in parliament elections will put democracy and the inclusive culture of Sri Lanka under threat. When Gotabaya Rajapaksa became the president he promised to work for all the Lankans “irrespective of caste, color, religion, creed”.

But almost six months in office, the promise of the Sri Lankan president is slowly being jettisoned. Mr Gotabaya is clearly seen issuing orders which been have responsible for the gagging the media, this is evident from the censorship imposed by the government in the coverage of seeking accountability for the deaths of eleven innocent Tamil youths who were shot in cold blood on the orders of the then-police chief of Sri Lanka in the concluding stages of the war in 2009. He is currently absconding in Switzerland. Sinhala nationalism is clearly on the rise which has manifested itself in the in this resounding victory. The Tamils and the Muslims in the eastern and northern parts of the country are wary of the new premier. The future of democracy in Sri Lanka looks gloomy.

For Tamils and Muslims

The victory will make the minority communities in Sri Lanka feel uneasy about the future. President Gotabaya Rajapaksa during his tenure as defence secretary eradicated the Tamil militant group LTTE with an iron hand, even committing gross human rights violations in the process. Tamils have been for a long time been demanding the implementation of the 13th amendment to the Sri Lankan constitution which envisages reconciliation and decentralized governance in the northern parts of the country. The issue of the post-war reconciliation is also a raging issue which needs to be dealt delicately given India’s concerns as well.

As far as the Muslims are concerned, they have been hounded and ostracized following the ghastly Easter suicide bomb attacks which claims the lives of over 300 people and injured scores of people. In the immediate aftermath, Muslim shops were vandalized, Islamic businesses were boycotted with Muslims in many areas facing a mortal threat to their very lives. This election victory of the SLPP can further accentuate the sense of alienation and fear among the Tamils and Muslims.

At hindsight, it appears the victory of the SLPP will lead to an improvement in Indo-Sri Lankan ties. Prime Minister Narendra Modi has been quick to congratulate Mahinda Rajapaksa even before the full result of the elections became clear. When Gotabaya Rajapaksa became the president he made India his first overseas destination clearly signifying the importance of India in the strategic matrix. India, therefore, has decided to follow suit. India has also reached out to Sri Lanka regarding its debt crisis. Sri Lanka owes $960 million to India. India is looking at innovative ways to alleviate the woes of Sri Lanka.

India must not let go of the opportunity, Indo-Sri Lanka ties must be based on equity, mutual respect for each other internal affairs and should be guided by common goodwill. India must push for the reconciliation efforts for the Tamils in Sri Lanka while remaining sensitive to Sri Lanka’s security concerns. India must try and upgrade its ties with Sri Lanka to the level of “strategic partnership”.

Keeping an eye on the dragon

India must also keep an eye on the dragon which has deeply invested in various sectors of Sri Lanka. One way to do this is to create an Indian Ocean Region (IOR) maritime economic and trade alliance to bolster the flow of trade and commerce in the strategic region to keep out China. At the same time, India must undertake ‘freedom of navigation’ exercises in the IOR with Sri Lanka and other littoral navies to preserve the BIMSTEC dominance in the IOR. India, therefore, must step up its game in the strategic region vis-à-vis China.

To emerge as the real leader of the masses the Rajapaksas must not only uphold the rule of law but must also ensure that communal amity and harmony is maintained in the country. It must vehemently strive for reconciliation for the Tamils and Muslims, What is however clear is that the mammoth mandate the Rajapaksas have got will have a high impact for the future of the Sri Lanka polity.