Rethinking the Economic Growth in the Post-WWII Japan 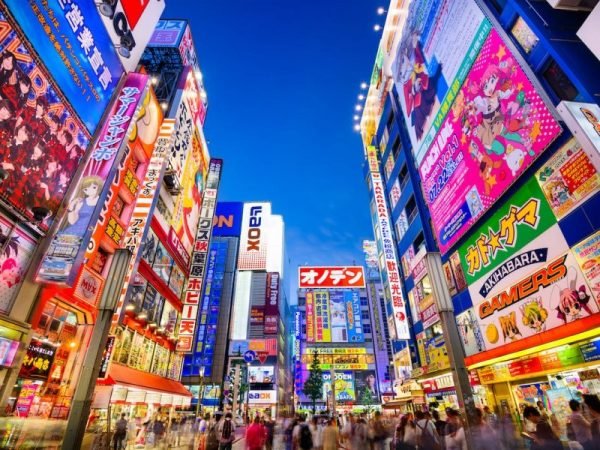 Japan is an island country of East Asia located in the northwest Pacific Ocean. Being a part of the Ring of Fire, the country is prone to earthquakes and volcanic eruptions. It comprises an archipelago of 6852 islands with Tokyo as the capital. It is quite surprising to see that even though 75% of the terrain is mountainous and hence difficult to live in, Japan still stands as one of the most densely populated countries in the world.

Who hasn’t heard of the Hiroshima and Nagasaki incidents? Atomic bombs were detonated in these Japanese cities by the Allies during World War II in the year 1945. This led to mass destruction in the country. Over a million people were killed and these two bombings remain the only use of nuclear weapons in an armed conflict.

Japan is renowned for its extraordinarily rapid economic growth in the 20th century, especially in the first several decades after WWII. Currently, the economy of Japan is the third-largest in the world in terms of nominal GDP. Although Japan is deficient in natural resources, it makes up for it by exporting technologically advanced goods and services since it has highly developed manufacturing and service sectors. Significant contributions have been made in the field of science and technology making it a global leader in the automotive and electronic industries.

What’s most surprising about the economy of Japan is that even after being destroyed, Japan saw a GDP growth of 10% in the initial period after the war. Too good to be true, right?  Let us dive deeper into the history of Japan’s economy to look at the factors that led to such a miraculous growth.

Japan was considered a country that was rich in precious metals like gold, silver, and copper. But, by the time it became possible for Japan to extract such minerals, exports for those were banned. Japan enjoyed good trade relations with the Europeans because they were head over heels for Japanese craftsmanship and metalsmithing. It was also during the time trade flourished that Japan set its foot in the sea and prepared its warships. However, Japan went into a period of isolation in the 1600s and put significant regulations on foreign trade in order to eradicate the spread of Christianisation. The economic growth was mild and stable during this period. Porcelain exports rose tremendously in the later period as the Chinese porcelain exporters were out of action. By the 19th century, the country began to open up.

Major economic development included urbanisation along with the diffusion of trade and handicraft industries. The shipping of commodities increased. Sectors like banking and agricultural production witnessed expansion.  Moreover, Japan actively studied western sciences and techniques during this period with the main focus on geography, medical and physical sciences, art, etc. Economic developments of the pre-war era started with the “Strong Army and Rich State“. The government also built roads, railroads and launched a land reform program to prepare the country for further development along with adopting a Western education system and focusing on teaching the students with technology, modern science and mathematics by hiring Westerners.

In a bid to promote industrialisation, the government constructed several factories and shipyards that were sold to entrepreneurs at half their price. Such was the success of these businesses that the government emerged as a chief promoter of private enterprise, sanctioning a series of pro-business policies.

After World War II, most of the industries in Japan had suffered greatly. However, the massive economic growth they achieved astonished the entire world. Industrial growth went up from 27.6% in 1946 to 350 % in 1960, with 1951 being the point that initiated recovery.

This happened primarily because of two major factors.

Since most of the industries were destroyed in the war, on rebuilding they were able to produce more efficiently. Along with these land reforms and mechanisation were introduced that boomed agricultural productivity.

As can be seen from Fig. 1, the average real GDP growth in the 1960s remained to be 10%. This was achieved by focusing on the consumer and structural economy that focused on high quality technologically advanced products for domestic as well as foreign consumption along with improvement in transportation. The growth declined to 5% in the 1970s and continued to decrease significantly in the consecutive decades. After the collapse of the Japanese asset price bubble, the economy came to a standstill in the 1990s, which came to be known as the Lost Decade. Real estate and stock markets were greatly inflated which led to stagnation and the country ran into massive budget deficits.

Quantitative easing was used by the Bank of Japan to expand the country’s money supply. However, it failed to induce any growth initially. Later, it began affecting inflationary expectations. In late 2005, the economy finally began its journey on a path of recovery. GDP growth rate that year averaged 2.8%. Unlike previous recovery trends, domestic consumption was credited to be the dominant factor of growth in this scenario.

Despite having interest rates touching zero, the quantitative easing strategy did not succeed in stopping price deflation. Thus, in July 2006, the zero-rate policy was ended but deflation had still not been eliminated. Nevertheless, the economy was able to turn over a new leaf in 2013 because of a smart strategy adopted by the Bank of Japan. In recent years, Japan has been the top export market for almost 15 trading nations worldwide.

Japan has been facing a major problem of ageing and declining population. The current population of 126.5 million is predicted to decline to 100 million by 2050. This has severe repercussions for the country. Moreover, being an island country it has suffered significant losses due to tsunamis in terms of life as well as property. In addition to this, the tourism industry has not been able to attract many tourists and hence doesn’t earn as much foreign exchange as it should. Besides, since the country’s terrain is not fit for agriculture, it has to import most agricultural products. Moreover, with the current COVID situation and factories being shut down, the country has crashed into another economic crisis after World War II.