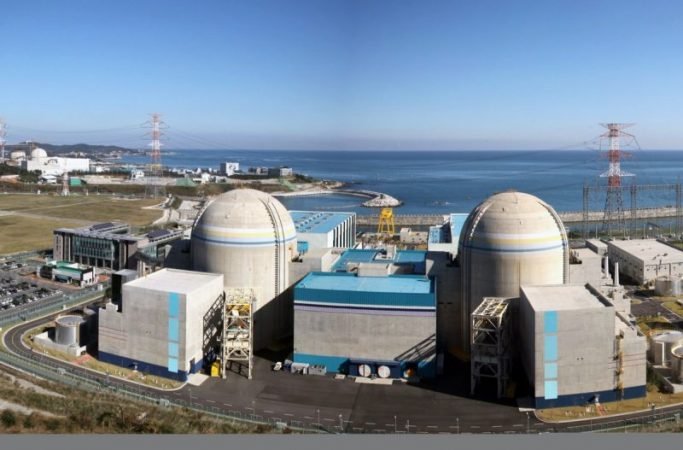 The United Arab Emirates, a member of Organisation of Petroleum Exporting Countries(OPEC), has recently launched its first-ever Barakah nuclear power plant with the conviction to ensure energy security of its citizens from this environmentally promising and commercially competitive non-petroleum resource. This accomplishment, which has been assisted by Korean technical proficiency as per the deal signed between UAE and Korean Electric Power Corporation (KEPCO) in 2009, would apparently comply with the worldwide endeavour to reduce the level of carbon emission. By disdaining this aspect of consequence, an apprehension of UAE’s ambition to acquire a nuclear weapon in the near future is being discussed nowadays.

Prior to embarking on nuclear power projects, this Arabian nation has already become non-Nuclear weapon state by signing the Treaty on the non-Proliferation of Nuclear Weapons (NPT) in 1995 along with concluding a safeguards agreement with the International Atomic Energy Agency (IAEA) in 2003 as well as acceding the IAEA additional protocol in 2010. Moreover, a ‘white paper’ announcing its intention to evaluate peaceful use of nuclear energy in 2008 as well as legislation to permanently forego the acquisition of uranium enrichment and plutonium reprocessing capabilities, were manifestations of UAE’s unprecedented commitment for nuclear non-proliferation. That has been furthered with its financial support to IAEA’s Low Enriched Uranium Bank in Kazakhstan.

Its pre-existing commitment for peaceful nuclear use has been reflected also in 123 nuclear cooperation agreement with the USA in 2009. Which has been referred to in the US policy community as the non-proliferation ‘Golden standard’. Despite being a rich country in fossil fuel, the government has been contending that it would be insufficient to meet future demand. That is the reason why UAE has determined to embark on nuclear power project.

Furthermore, an integrated work plan to facilitate interaction has been signed between the IAEA and UAE’s nuclear energy power sector in June 2013. Under which, IAEA concluded that UAE has undertaken “strong and sustainable nuclear security activities” after two weak advisory mission in the country in 2016.

Thus UAE has explicitly reflected its intention regarding the peaceful use of nuclear energy rather than acquiring a nuclear weapon, which has already been recognized by IAEA delegations too. Although this country is facing “institutional incapacity” to fully adhere to its commitments, but its efforts can not be overlooked.

The concern of Nuclear Weapon

As far as the nuclear weapon is concerned, its insistence has been on the peaceful use of nuclear energy which has been manifested in signing different nuclear arms control treaties including NPT, 123 agreement with the USA and several negotiations with IAEA till now. But in spite of all these activities, a debate on the possibility of clandestine nuclear weapon acquirement programme in the near future has been initiated.

It is noteworthy that NPT, which is a prominent treaty in multilateral nuclear disarmament regime, makes binding obligation to reach general and complete disarmament with the safeguard system of IAEA. But unfortunately, it does not provide any time limitation for compliance of this obligation of nuclear weapon states. So Nuclear weapons are being used as the symbol of superiority. NPT promotes cooperation in the technology of peaceful use of nuclear energy between all NWS and NNWS along with IAEA safeguards. Thus only operationalization of Barakah nuclear power plant is in line with nuclear disarmament regimes.

But, in fact, UAE is deeply concerned about the ambiguous nature of the Iranian nuclear programme. Its security relies on close strategic partnerships with the USA as well as France. With deep military cooperation of USA, UAE has procured Terminal High Altitude Area Defense (THAAD) and Patriot missile defence system for the sake of ensuring self-defence. But simultaneously, president Donald Trump’s inconsistent and pro-America policies has certainly forced the countries including Japan to reconsider their self-defence strategies, which is a paramount vital interest of any country. Furthermore, non-compliance of nuclear disarmament by NWS is presenting NPT as a treaty to ensure only nuclear hegemony of NWS. Consequently, when it is accompanied by the ambition of non-nuclear-weapon states of attaining credible minimum deterrence capability, the possibility of clandestine nuclear weapons programme increases as in the case of India has been occurred. Thus, the security dilemma emanating from Iran’s nuclear programme, an attractive sense of superiority along with the economic development of the country, can be the push factor for the covert nuclear programme of UAE. The well-known fact that Dubai’s territory was a hub for A.Q.Khan’s network which illicitly supplies nuclear technology to countries such as Iran, Libya and North Korea; such easily available nuclear technology in the proximity of any country can also be an assisting factor towards nuclear proliferation.

Furthermore, Saudi Arabia has explicitly and openly asserted that if Iran would develop a nuclear weapon, it would definitely acquire even by breaching all the disarmament treaties too. Thus an inherent arms race is taking place between Arabian countries and Iran. That is also influencing UAE too.

The United Arab Emirates embarking on a nuclear power plant can not be conceived directly as a part of the process of acquiring nuclear weapons. But non-cooperative behaviour of nuclear weapon states in general and complete disarmament issue of NPT is a serious concern because of its consequence in form of attraction of non-nuclear-weapon states towards acquiring a nuclear weapon for being a part of superiority emanating from nuclear possessing. USA has pulled out itself from INF treaty too, that manifests a sense of irresponsibility in the perspective of nuclear disarmament. It generates the necessity of credible minimum deterrence. Which has been strengthened by the statement of North Korean leader Kim Jong Un that the possessing nuclear weapon is only a way of guarantied security from external aggression. Complete disarmament with the leading role occupied by superpowers and all nuclear weapon countries is a prerequisite to resolve this apprehension including that of UAE.

And, Dual-use technologies’ vigilance in UAE due to its institutional incapacity is not good enough but it can be resolved through international cooperation too. Issue of Iranian nuclear programme, that is also posing threat to the security of UAE, should be resolved through international confidence-building measures including resolution of the problem of Iran behind nuclear weapon programme and by establishing mutual interdependence as well as a positive environment of nuclear disarmament dismantling arms races.

Thus UAE’s hitherto activities are only centred around peaceful use of nuclear energy as already recognized by IAEA but the resolution of all pushing factors towards nuclear weapon must be resolved as soon as possible to prevent the nuclear proliferation in all countries including this gulf nation.