Summarizing the aftermath of the Belarusian Presidential Elections 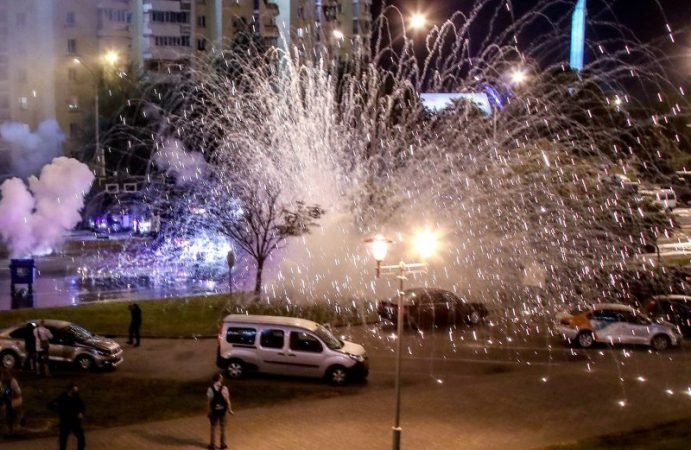 According to the preliminary results announced by the Central Election Commission, President Alexander Lukashenko is set to serve yet another term as the President of Belarus with a landslide victory of 80% votes. The main opposition, Svetlana Tikhanovskaya, who was announced to have gathered 9% votes, refuses to believe in the validity of the preliminary polls or the elections in general. The main accusation was the sheer absence of any scrutiny or observation while the polling was happening. It gave rise to suspicions of widespread rigging of votes.

The rigging of votes is one of many issues why the Election Day turned so violent in Belarus, which witnessed an unprecedented amount of protests, both peaceful and violent. The protestors seem to be aware of the fact that there were no independent observers allowed during the polling and hence began to denounce the elections as well as the exit polls that were published lopsidedly in the favour of President Lukashenko, promising his stay in power. The anger among the Belarus citizens has been bubbling since before the elections in response to the activities of the incumbent regarding his handling of coronavirus which he says to fight with merely wine and sauna and no social distancing norms, and his ruthless crackdown on the opposition leaders as well as journalists. Most of all, people were tired of seeing a political stagnancy with President Lukashenko’s government ruling the country since the past twenty-six years.

The Election Day saw people gathering in the streets, united by a symbolic slogan of “Leave!” aimed at the President. The activities of the State police and Siloviki, the state security forces have been astonishingly violent, with 3000 detained and 100 injured. They have been pelting the people with rubber pellets and showering stun grenades and tear gas over them. One protestor has died amid the ongoing protests as an explosive burst in his hand. This did not by any means dampen the resolve of the protesting Belarusians who have recently entered the third day of protests since the elections. The people are desperate for change.

Another major thing which has motivated the protestors is the internet blackout in the country during Election Day and during the ongoing protests. On Sunday, there were sporadic outages of internet connections until the connection completely faded away in the evening for subsequent days to come. The people suspect that it is the government’s motive to control the people by blacking information out, as Belarus has a central connection which can be simply plugged off like a switch. The government, on the other hand, has been denying these allegations. Belarus’ Community Emergency Response Team, or CERT, in a statement on Sunday, blamed largely distributed denial-of-service attacks, particularly against the country’s State Security Committee and Ministry of Internal Affairs, for causing “problems with equipment. In a similar voice, the government has also blamed international actors for fuelling the internal protests against his regime.

President Lukashenko’s absolutist control over the raging protests is also a desperate move. He is in flight mode, trying to save his government with ample use of state machinery and blunt force. There are a large number of complaints from the citizens against him which range from an unconstitutional referendum that made him run for office as many times as he pleases, the way there had been no opposition against him yet to the no possible way of questioning his ultimate authority in the State. The fallen President, if he falls from his position, will have to answer for all of that from his citizens and he is not ready to do that yet. President Lukashenko’s main opposition Svetlana Tikhanovskaya has also reported having fled the country amid the growing protests so as to avoid “possible provocations.”

The international reaction to the situation in Belarus has been quite mixed. While President of Russia Vladimir Putin and the President of China Xi Jinping have given their full support and heartiest congratulations to President Lukashenko, the United Kingdom and United States of America’s representatives have expressed otherwise. “The United States is deeply concerned about the conduct of the August 9 presidential election in Belarus, which was not free and fair… We strongly condemn ongoing violence against protesters and the detention of opposition supporters.” Secretary of State Michael Pompeo said in a statement. “The violence and the attempts by Belarusian authorities to suppress protests are completely unacceptable,” said James Duddridge, the UK’s Foreign and Commonwealth Office Minister. The spokesperson of Germany, Steffen Sieberg is also of the same opinion. Minimum standards for democratic elections were not met,” Seibert said. The government finds this “not acceptable,” he added. He said EU officials were discussing how to react. Germany’s Government Spokesman said urging EU to take a stance as soon as possible and possibly reimpose the rule of law sanctions that were lifted back in 2016. Till now the only response from the EU has been European Commission President Ursula von der Leyen, who called for Belarus to publish accurate results. “The violence and the attempts by Belarusian authorities to suppress protests are completely unacceptable,” She tweeted.